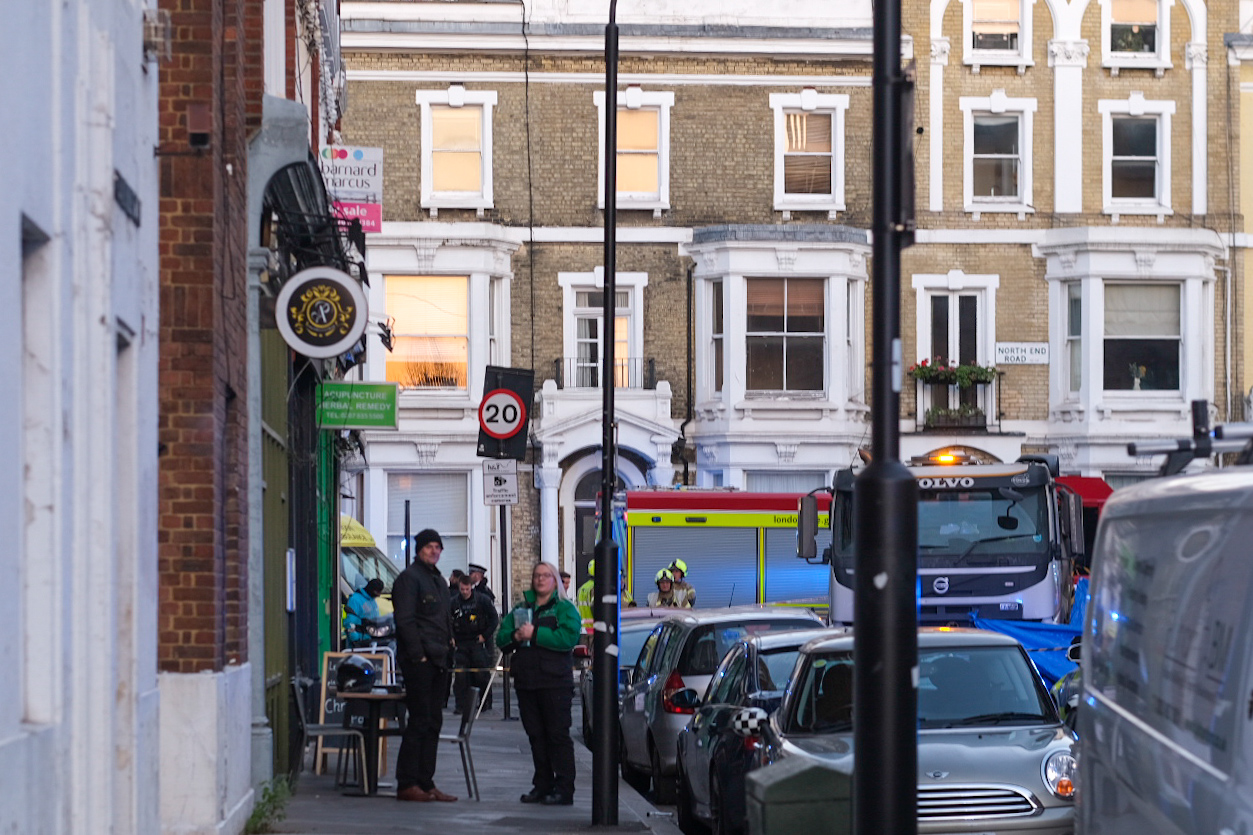 A cyclist has died after a crash involving a lorry in London.

Emergency services have cordoned off the scene on Charleville Road, West Kensington, following the incident.

Shopkeepers and passerbys had rushed to try help after witnessing the collision.

Despite the best efforts of paramedics, the cyclist was pronounced dead at the scene.

A Metropolitan Police spokesman told Metro.co.uk: ‘Police are dealing after a fatal collision.

‘Officers were called at 3.18pm on Thursday, December 15 to Charleville Road, W14.

‘A cyclist was reported to have been in collision with a lorry.

‘LAS and London’s Air Ambulance attended. The cyclist was pronounced dead at the scene.

‘Local road closures are in place.’

A shopkeeper, who gave her name as Joy, told the Standard she had heard someone ‘howling in pain’ and ran out her shop.

She added: ‘I called the ambulance and told them to come quickly as he was losing too much blood. I didn’t know what to do, I couldn’t move him.

‘There were lots of people trying to help him.

‘It’s so sad that this young man has lost his life.’