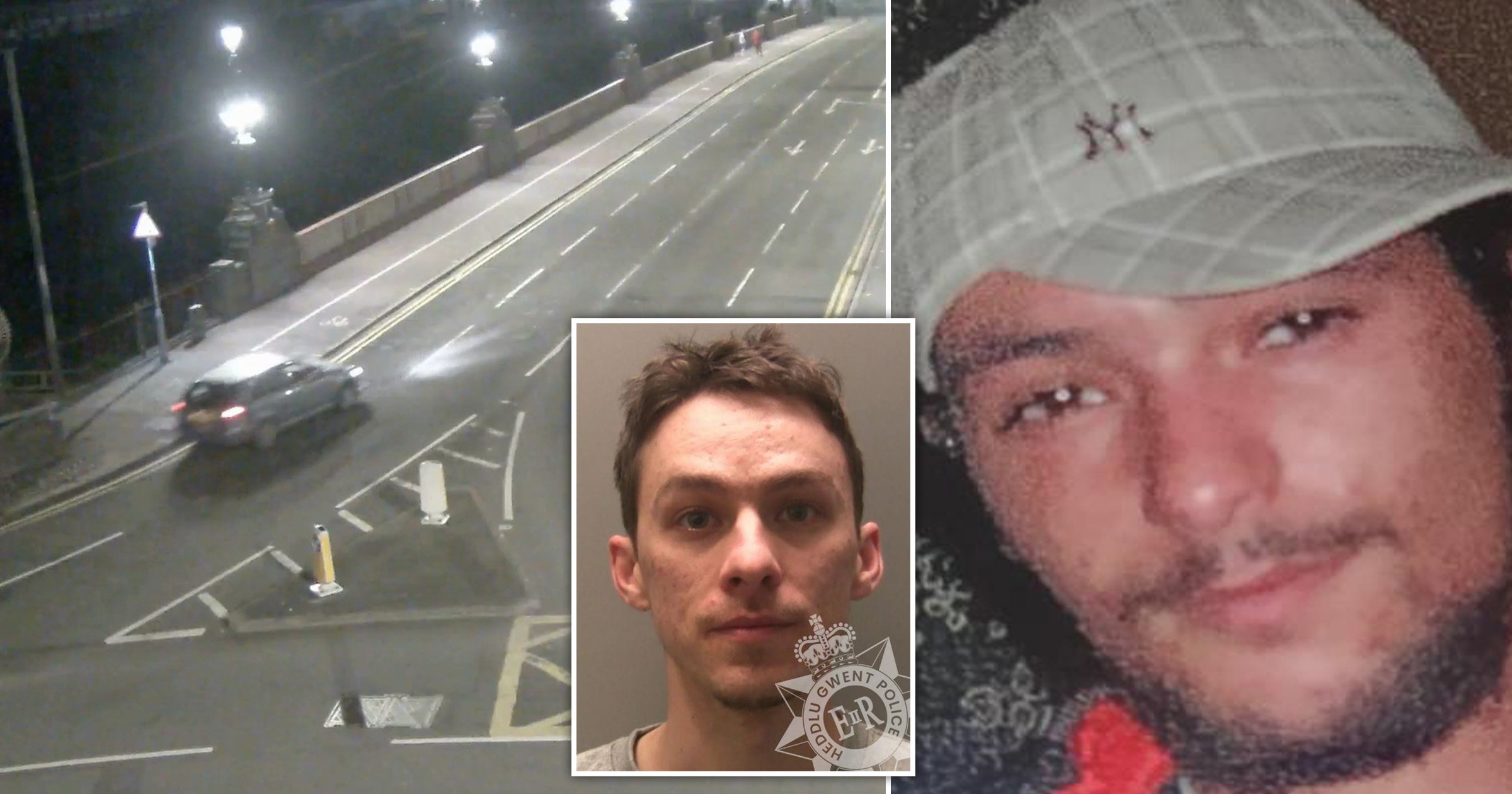 A cyclist was left to die in the road by a drink driver who had a bottle of vodka at a party before getting behind the wheel of his Audi.

Father-of-two Matthew Brimble, 37, was flung into the air as he rode along in South Wales, landing 39 metres from where he was hit.

Dominik Jablonicky, 27, fled the scene after the crash at around 2am in Newport city centre and did not stop to offer any help to Mr Brimble.

He later returned to the scene pretending to be a friend, and did not tell police there that he had caused the crash near the Cenotaph in Clarence Place.

Newport Crown Court heard that Jablonicky struck Mr Brimble head on at speeds of up to 71mph in a 30mph zone.

He said: ‘It would have been absolutely clear he had been involved in a serious accident yet he did not stop at the scene.

‘There was significant damage to the defendant’s vehicle and passanger Filip Dub found himself covered in glass.’

Mr Davies said the defendant only handed himself into police 10 hours later after waiting for the alcohol to leave his system.

In a victim impact statement, Mr Brimble’s mum Nicola said she was heartbroken after already losing her younger son John.

She said: ‘Matthew was loved and will forever be missed by family and friends.

‘I constantly wonder that if the driver had stopped and called the emergency services, that my son may have survived.

‘No prison sentence will ever bring my son back and I am heartbroken, I will never be called “Mum” again.’

He said: ‘He made a terrible decision that night to get into that car.’

Jablonicky was jailed for six years and banned from driving for a further nine.

Judge Daniel Williams told him: ‘You were not fit to drive and your driving in the build up to that collision reflects that. I have seen footage of the collision and it defies description.

‘You were driving in such a condition and at such speed it left you in no condition to react to any hazard on the road. Mr Brimble in no way contributed to the collision – he was entirely blameless.

‘You are entirely to blame for the collision and so callously made off afterwards leaving Mr Brimble to his fate.’

Speaking after the sentence, PC Spencer Clease, said: ‘Our thoughts are with the family of Matthew Brimble and I hope the sentence imposed by the court today provides some closure for them.

‘The dangerous driving the defendant displayed on that morning in March 2021 was truly shocking.

‘Jablonicky was driving at high speeds on a 30mph road when he collided with Mr Brimble’s bike.

‘He then showed no concern for Mr Brimble as he fled the scene without stopping to help.

‘Jablonicky will have to spend the rest of his life with the knowledge that his driving has resulted in the death of Mr Brimble.’