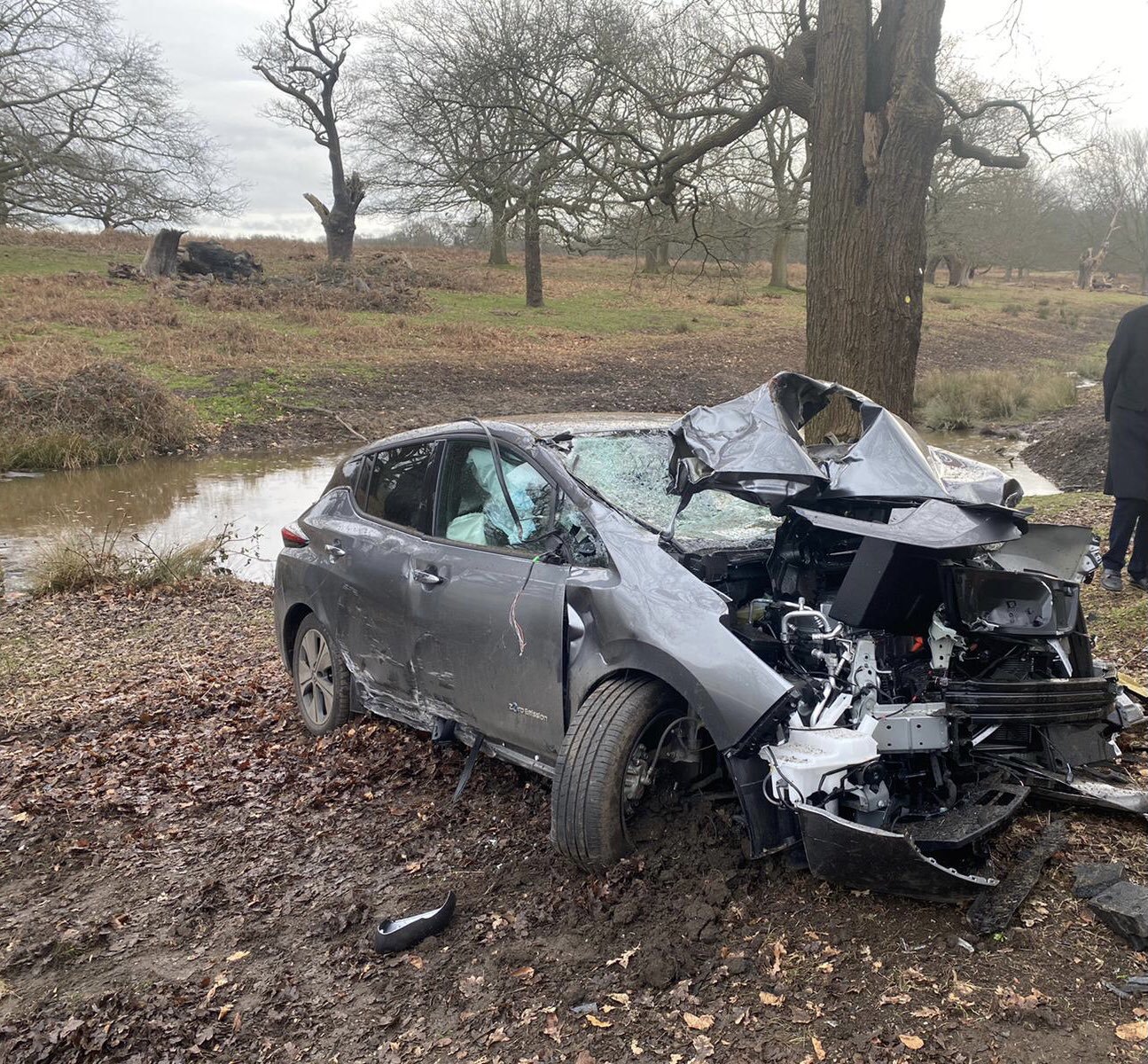 A cyclist is lucky to be alive after a serious crash in Richmond Park which left a car’s bonnet completely mangled.

Pictures of this morning’s collision show two people standing near the grey Nissan next to a tree after coming off the road.

The windscreen is smashed and the air bags have been deployed after the crash at the Royal Park in south-west London where the speed limit is 20mph.

A cyclist involved was rushed to hospital after suffering facial injuries, which police have confirmed are not life-threatening.

In a tweet this morning, Royal Parks Police said: ‘Officers attended a collision between a car and a cyclist this morning near to Ham Gate in Richmond Park resulting in the car leaving the road.

‘The cyclist has facial injuries and has been taken to hospital. Injuries not life threatening.

‘When driving, you must be able to stop in the distance you can see to be clear.

‘The driver had minor hand injuries. Wishing all a speedy recovery.’