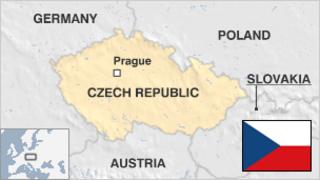 Part of Czechoslovakia until the “velvet divorce” in January 1993, the Czech Republic has a robust democratic tradition, a highly-developed economy, and a rich cultural heritage.

It emerged from over 40 years of Communist rule in 1990, and was the first former Eastern Bloc state to acquire the status of a developed economy. It joined the European Union in 2004.

Communist rule had lasted since 1948, when the restored pre-war democratic system was overthrown in a Soviet-backed coup. The “Prague Spring” of 1968, when Communist leader Alexander Dubcek tried to bring in liberal reforms, was crushed by Warsaw Pact tanks.

In 1989, as the curtain was coming down on communism in the Kremlin, the dissident playwright Vaclav Havel emerged as the figurehead of the country’s “velvet revolution” and became the first president of post-communist Czechoslovakia.

Milos Zeman, the longest-standing figure in Czech post-communist politics, won a second term as president in January 2018, showing off his strong political instincts.

Zeman, 73 at the time he was re-elected, bet on a populist anti-immigration stance and sniping at intellectual Prague elites to mobilise his base and gain a narrow win over Jiri Drahos, a mainstream pro-European academic, in the run-off vote.

A trained economist, Zeman is the last of the heavyweights who shaped the country’s post-1989 history, a trio that includes Vaclav Havel, an anti-communist dissident and later president who died in 2011, and Vaclav Klaus, a former centre-right prime minister and president in 2003-2013.

The Eurosceptic, billionaire businessman Andrej Babis was sworn in as prime minister in June 2018 for a second attempt at forming a stable government.

His ANO party easily won elections in October 2017, but he has led a caretaker government since he lost a confidence vote in January.

Media freedom organisations have raised concerns about the concentration of media ownership.

Some key dates in Czech and Czechoslovak history:

1945 – Soviet troops enter Prague. Benes returns and issues decrees which lay the foundation for the expulsion of over two and a half million Sudeten Germans and more than half a million ethnic Hungarians.

1977 – A group of dissidents including playwright Vaclav Havel publish Charter 77 calling for restoration of civil and political rights.

1989 – Massive protests on the streets of Prague force the resignation of the hard-line Communist Party leadership in what is dubbed “the velvet revolution.” Federal Assembly abolishes Communists’ constitutional hold on power. Vaclav Havel elected president.