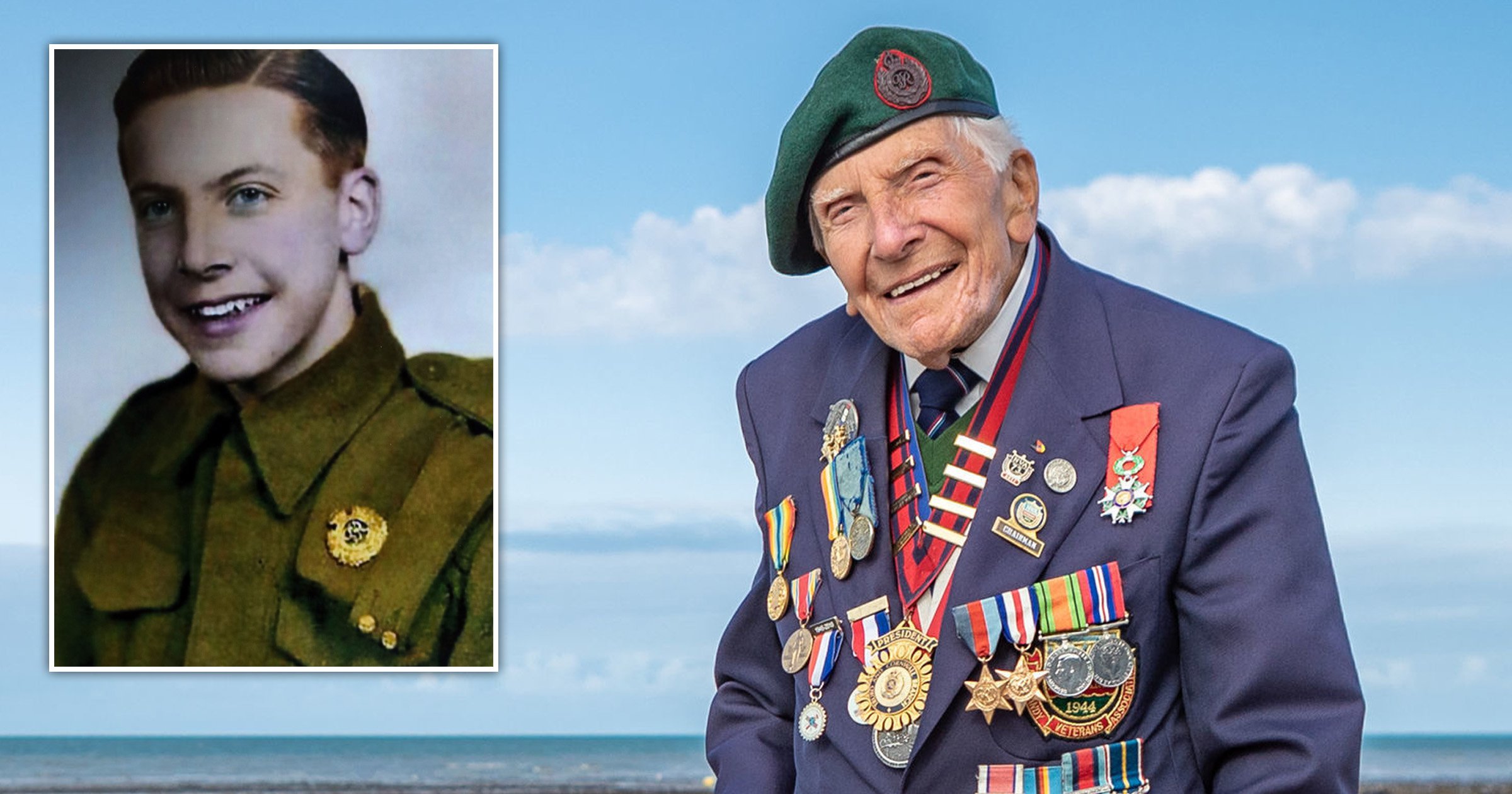 An ‘inspirational’ D-Day veteran has died – but his legacy ‘will live on for generations to come’, his loved ones say.

Horace Billinge, known as Harry, was just a teenager when he was enlisted to fight in the Second World War.

He was part of the first wave of soldiers to storm Gold Beach in Normandy on D-Day.

The monumental offensive – known as Operation Overlord – liberated France and paved the way for the Allies’ eventual victory in the war.

Harry, then 18, was one of four from the 44 Royal Engineer Commandos to survive.

Today, his daughter Sally confirmed news of the 96-year-old’s death.

She said: ‘The passion he had for all the veterans that lost their lives was unwavering. He was a man that always gave his word, his word was solid.’

A spokesman said: ‘The Trust sends its deepest condolences to Harry’s wife Sheila, and to all his family and friends.

‘His tireless and inspirational fundraising will never be forgotten and his legacy will live on for generations to come.’

He was also appointed an MBE in 2020 after he raised thousands towards a D-Day memorial.

It pays tribute to the 22,442 service personnel who died under British command on D-Day.

Harry previously described the memorial as his ‘final mission’.

He said: ‘My generation helped save the world. There are not enough words to describe the feelings I have for those whose names will be on the memorial.

‘But I can tell everyone what they went through. I am unable to forget. How will they remember if I don’t tell them?

‘I am one of the only blokes going now who can describe the horror. The wounded crawling through a sea of red, while bodies, torsos and legs were floating in the sea.

‘I will tell that story right up to the day I die.’