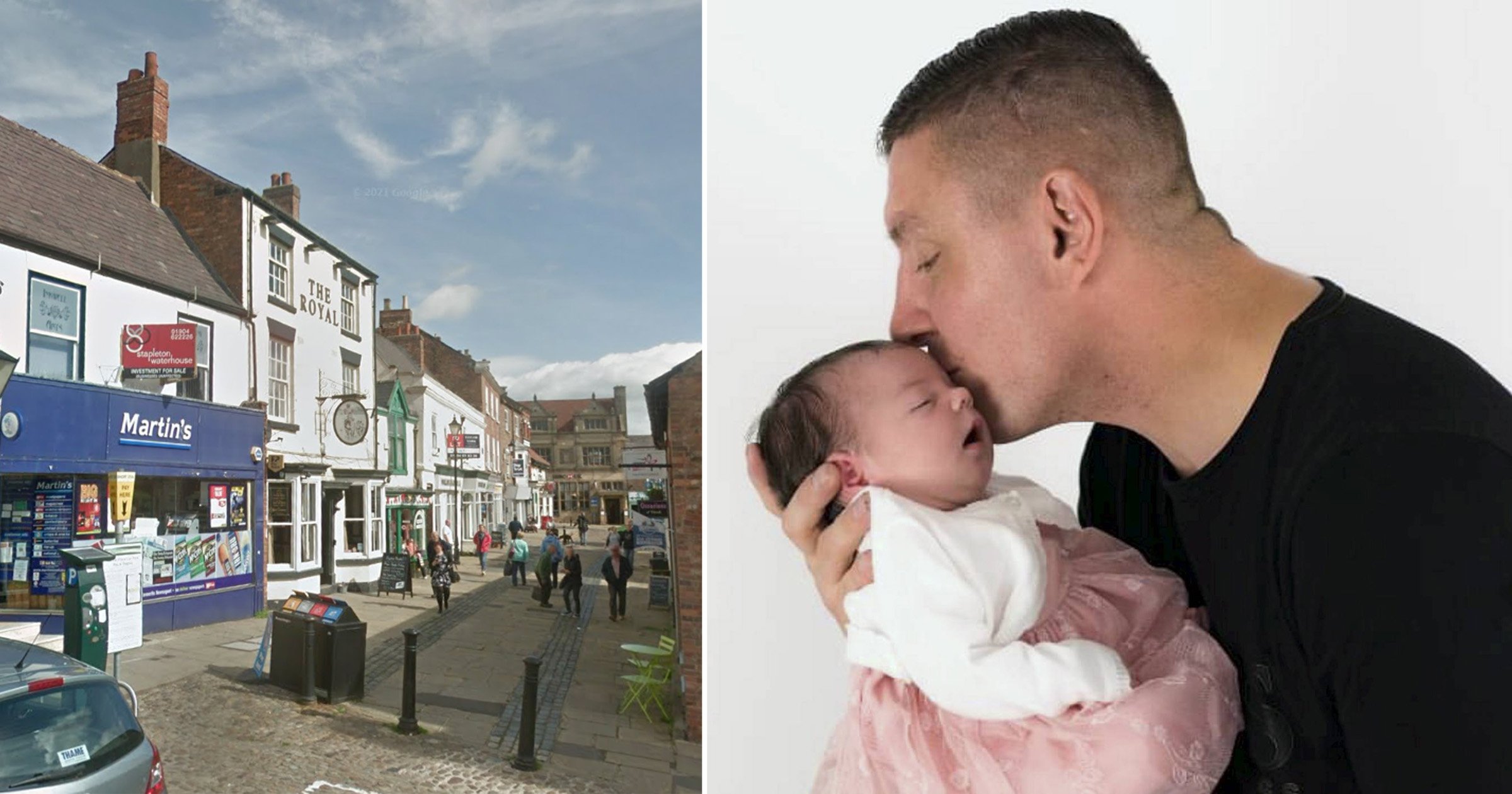 A father to a newborn girl has died more than a week after suffering serious head injuries outside a pub.

He was in the Royal Thirsk pub on Saturday, October 16 at 9.45pm when a row spilled out onto the street.

The 32-year-old was seriously assaulted on Market Place outside and had to be rushed to hospital.

There Alan spent eight days fighting for his life but he died on Sunday without ever regaining consciousness.

His girlfriend Charlotte who gave birth to his second child only weeks before paid tribute.

She said: ‘Alan was such an amazing boyfriend, son, brother, and friend to everyone who knew him.

‘He was one of life’s good guys and just an all-round brilliant person.

‘He was also the best daddy to our newborn daughter and our hearts have been shattered into a million pieces. It’s not possible to put into words how much we will miss him.’

Alan was a local man from South Kilvington, a mile north of Thirsk.

Four men have been arrested in connection with the incident.

Three – aged 21, 24 and 56 – were arrested on suspicion of wounding with intent. They have all been released on bail.

A 41-year-old man was arrested yesterday in connection with the incident.

Police said the attack was ‘known to have been witnessed by a number of people’ both inside the pub and in the area at the time.

Detective inspector Steve Menzies said: ‘We are determined to find all of those responsible for this attack which has claimed the life of a young father, whose baby is just a few weeks old.’

He urged any witnesses, including those who took photos or video, to get in touch by calling 101 or emailing [email protected]

Nearly £2,000 has been pledged towards a fundraiser for Alan’s family.