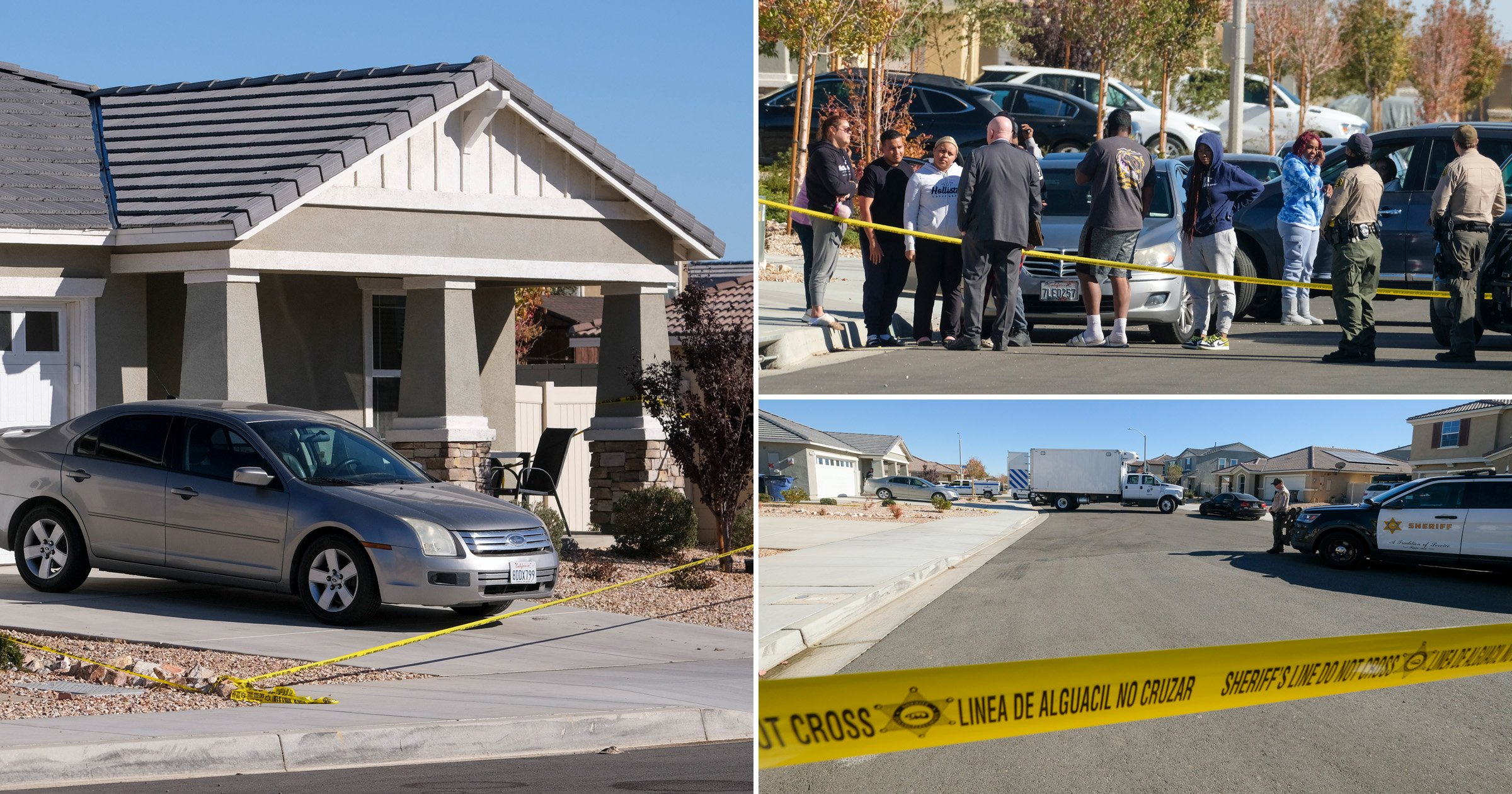 A security guard has been arrested after allegedly shooting dead his four young children and their grandmother in Southern California.

Germarcus David, 29, was said to have turned himself in to Los Angeles County sheriff’s deputies within minutes of his wife arriving home and finding their bodies.

Grace Beltran, who lives three houses away, described seeing a woman running back and forth in their front yard, screaming: ‘My babies are gone! They’re all dead!’

Authorities haven’t released a possible motive for the attack in Lancaster, a city in the Antelope Valley high desert community north of Los Angeles, last weekend.

Each of the victims were shot in the upper torso and died at the scene.

They have yet to be named by the authorities, but Waki Jones, who worked with the family through his Lancaster day care service, told the Los Angeles Times that the two eldest children were Amaya, 12, and Demarcus, 9.

He told the Times: ‘Amaya was a sweet girl, and every morning, the mom would tell her, “Say good morning to coach”.

‘She was always protecting her brother, making sure he was safe at school. To do this to the kids, it’s cowardly. It’s just unbelievable.’

The other victims were an infant, a child under 12 and the grandmother, who was in her 50s and who was at the home babysitting, authorities said.

Sheriff’s Lt Brandon Dean said he wasn’t aware of any previous reports of domestic violence at the home.

According to records from the California Bureau of Security and Investigative Services, which regulates the private security industry, David was a licensed security guard and held a permit to carry a gun.

However, the records indicate it expired in August 2020 and was listed as cancelled.

The killings happened in a neighbourhood of tidy, modern homes, some decorated for Christmas.

James Martin, 32, who lives nearby, said the deaths broke his heart.

He added: ‘I don’t understand it. I know things get rough but it’s never worth it to take the life – lives – of anybody.’