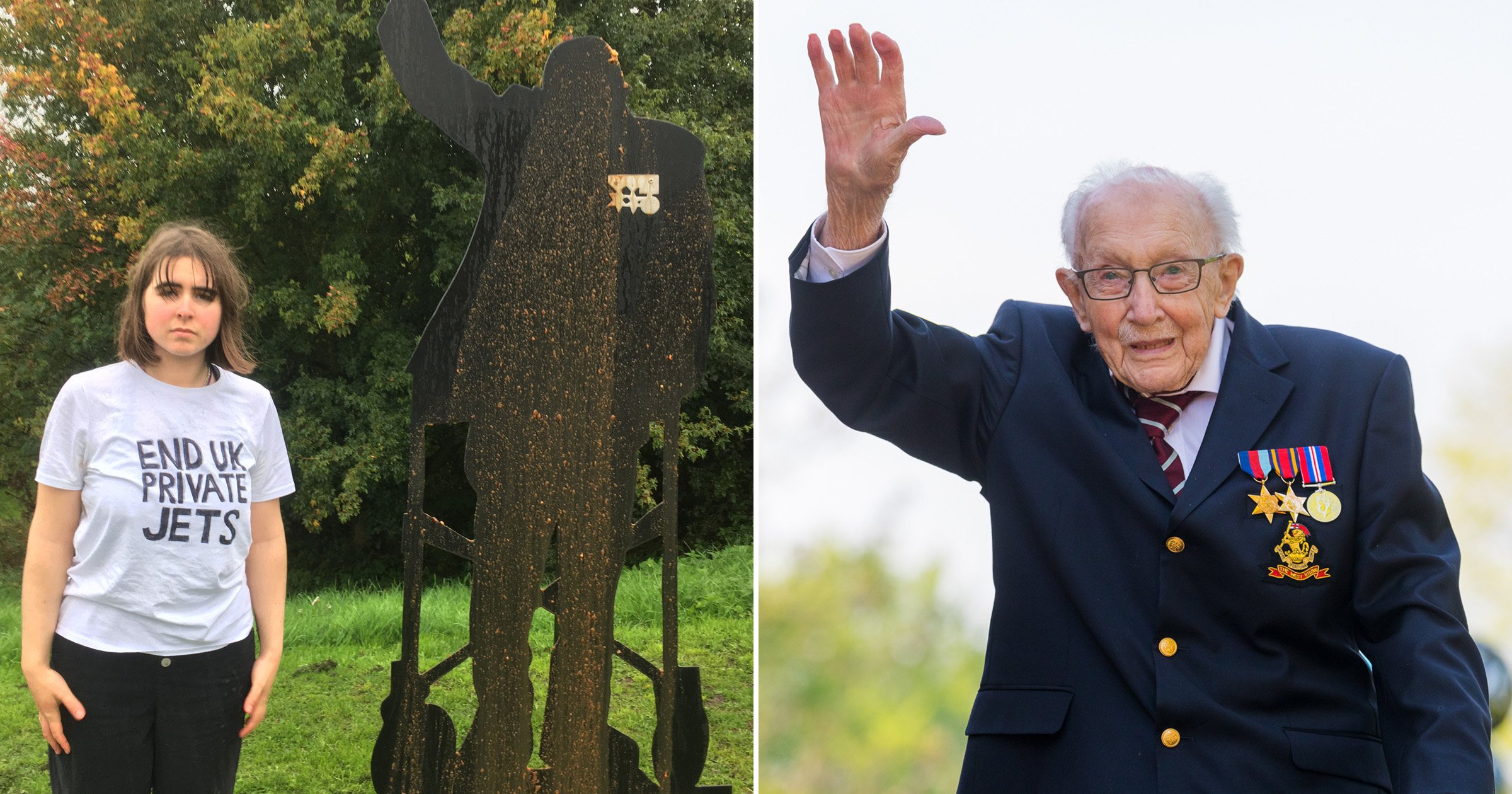 The father of a protester who poured human faeces over a Captain Tom memorial said he is ‘deeply ashamed’ over the way his daughter ‘desecrated’ the NHS hero’s memory.

Jim Budd, 62, said his daughter Maddie, 21, had ‘gone rogue’ after she paused her studies at medical school to become a full-time climate activist, and he ‘felt sick’ when he saw the stunt.

‘I’m ashamed of her and what she has done. There has been a big public reaction for obvious reasons. I don’t think she understands what the hell she was unleashing,’ Mr Budd told MailOnline.

‘She’s done something horrible without thinking of the consequences.

‘I felt sick with shock when I saw it – I have sent her a text message but she has not replied.’

Mr Budd said she was pursuing a medical degree at Manchester University, but put her studies on hold after she felt the growing climate emergency was more important.

One of Maddie’s fellow protesters with campaign group, End UK Private Jets, said people don’t understand how hard it was for Maddie to pause her studies.

Kai, 21, told Metro.co.uk: ‘It was really hard for Maddie to make the decision to pause her studies as her whole thing was she wanted to care for people and do that in a way that was impactful.’

‘I was studying to become a doctor because I believe in taking care of people.

‘Why are we forcing our civilisation into collapse, why is basically no-one taking this genocide of all humanity seriously?

‘All of this is true and the government won’t even End UK Private Jets, every time one takes off, it pours a bucket of sh*t and blood onto everything that Captain Tom stood for.’

Footage of the event will be scrutinised by experts who will decide if the act passes a criminal damage threshold, although Kai is confident his friend and fellow activist can beat the case.

A police spokesperson said: ‘It has been reported to us that the Captain Sir Tom Moore memorial at Thistley Meadow in Hatton has been defaced. Our officers are aware and enquiries are ongoing.’