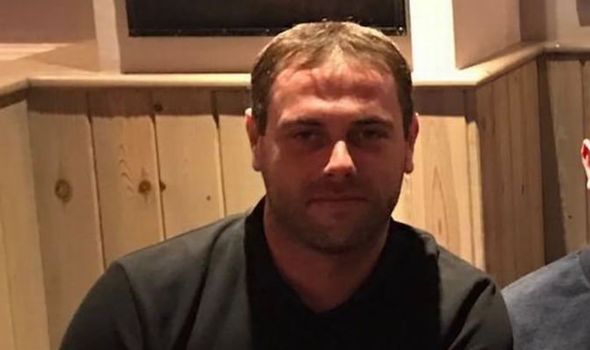 Phil Hassell, 41, had to be put into an induced coma so medics could operate on his brain and remove shrapnel from his leg, following the blast after Ariana Grande concert at the large arena. He spent months in hospital and was unable to go back to his job as a scaffolder for more than three years due to the severity of his injuries.

Phil has now been he will not be paid the full amount of compensation due to a criminal conviction in the magistrates’ court, which he received more than three years on from the terror attack. He was found guilty of sending a malicious communication on October 2 last year, and was handed a 12-month community order.

And the decision by the Ministry of Justice, Phil says, has left him struggling financially, and claims it has “forced him” to go back to his job as a scaffolder.

“I have been forced back into work,” the father of two told Manchester Evening News.

“I have now come back to the same business I was working for before but I struggle a lot more figuring things out and I get easily confused.

“It comes in stages where I feel really down and then it eases off but it could be any time I could go back to feeling down.

“Because I retaliated and did something I regret I’ve been penalised. They’ve said now I have a criminal conviction they can’t give me anything even though this happened three years after the event.

“Putting the two crimes in comparison; it is nearly dying to calling a grown person a name.”

Phil, who went to the concert with his two daughters, had to have a plate fitted in his leg, and still suffers with confusion and periods of low mood.

The dad, from Runcorn, Cheshire, added: “I remember bits and bobs from the aftermath of the blast but nothing much.

“I had shrapnel in my brain, in my leg, and in my side. I was in theatre for five hours whilst they removed the shrapnel.”

The man claims he received some money from the One Love fundraiser, which was set up by the Manchester Evening News and raised millions of pounds following Ariana Grande’s benefit concert.

But the dad says he’s still been refused the full amount of money from the government’s Criminal Injury Compensation Scheme (CICS) due to the conviction.

The scaffolder was given an interim payment of £10,000 shortly after the blast, but he says he has not received any money since.

A letter signed by the Criminal Injuries Compensation Authority in July this year states the award can be withheld or reduced “because the applicant to who the award would be made has unspent convictions”.

“They had originally offered me £23,000 a couple of years ago but this was based on me being back in work when I wasn’t so I rejected it and appealed for more,” Phil said.

“The claim was still ongoing and I was then convicted of sending a malicious communication last year.

“I have a brain injury and I wasn’t thinking straight when it (the offence) happened.”

A Government spokesperson said: “These attacks were sickening acts of terrorism and while no amount of money can make up for the suffering, we are determined to provide victims with the support they need.

“But to reflect the cost to society caused by offending, unspent convictions may lead to compensation payments being reduced or withheld.”