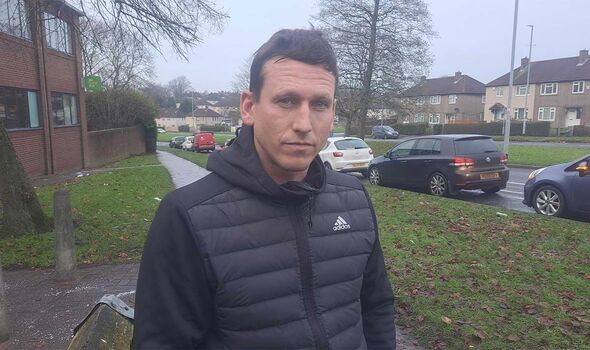 A father has shared his despair after being unable to buy his children Christmas presents this year.

Deeming it the “worst Christmas ever”, Ryan Croft says he struggles to keep up with benefits issues and rising costs.

Speaking to Leeds Live, the father-of-three said Christmas this year will be a “depressing time” as so many people are struggling. He couldn’t afford to put a tree up at home and has no decorations as he’s battled to survive the rising costs over the winter.

He’s got “no money” and has been “sofa surfing” for the past few months. The Seacroft man has been receiving Universal Credit ever since he had to liquidate his scaffolding business due to the ongoing cost of living crisis, with the prices of materials shooting up.

Ryan spoke of how his children, 10, 15 and 16, reacted to the news he couldn’t afford presents for them this year. His voice almost cracking, Ryan said: “It’s going to be the worst Christmas ever. I couldn’t afford to buy my kids Christmas presents this year. I told them and they said, ‘It doesn’t matter, as long as we have each other this Christmas.”

The kids are currently living with their mum, Ryan’s ex-partner, who he says he maintains a good relationship with. The ex-scaffolder has been staying on his brother’s sofa for the time being but he said he “almost froze to death” when he had to sleep in his van when temperatures slumped to -3C. He added that he even had to buy his winter clothes, a warm Adidas hoody, from a charity shop in a bid to keep warm.

The 36-year-old said he knows a lot of people “struggling” this year and he even knows people who’ve had to shoplift just to put food on the table.

Ryan said: “Everyone’s struggling, financially, to pay gas and electricity bills – the money they’re giving out for it is just not enough to support and is just not coming close – the price of living has just gone through the roof. A bag of pasta in the supermarket was 35p three months ago, the cheapest bag of pasta you can buy now has gone up to 79p a bag!

“I’ve got no money, two days ago I was promised it would be in the bank. I’ve come to the Jobcentre chase it up because I’ve not got the money.

“No one’s going to see each other this Christmas and no one can afford to get anywhere. Everyone is staying at home, normally Christmas is a family time. Turkey is £118 in the supermarket, it’s not Christmas anymore!

“It’s a depressing time, it’s supposed to be a time for celebration and family and this time it’s not. It just feels totally different, we haven’t got a tree up, we couldn’t afford to buy a tree. There’s no tree up in the house and no decorations. We can’t afford the electricity bills to warm the house, it’s put a lot of pressure on everybody.”