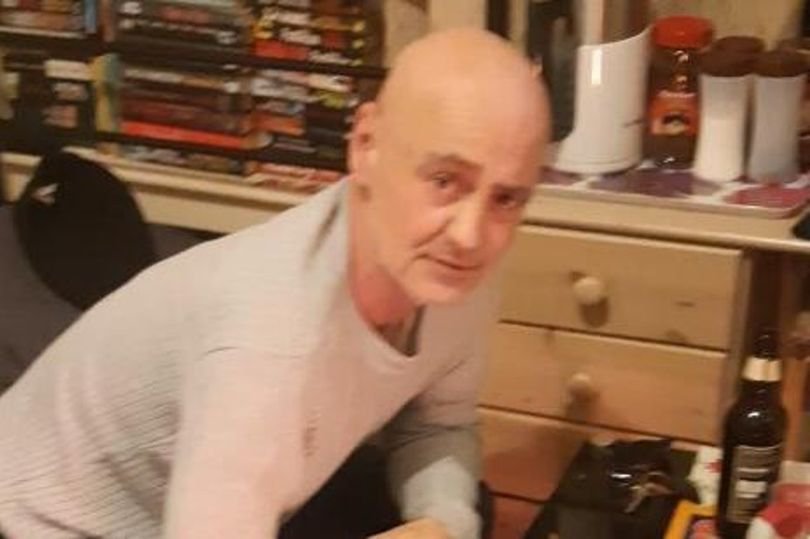 A dad died after choking on a packet of drugs that he tried to swallow after being pulled over by police in Blackpool, an inquest has heard.

Ronald Robinson’s hire car triggered an automatic number plate recognition camera on a waiting police vehicle as he drove along the seaside resort.

Officers then signalled for him to pull over but he initially refused to do so. When he eventually stopped, police saw him placing a small package in his mouth.

Shortly afterwards, Mr Robinson, 56, collapsed and died, and when the package was removed from his airway it was found to have contained crack cocaine and heroin.

During an inquest into his death which started yesterday, jurors heard a statement written by Mr Robinson’s sister Mandy.

She described her late brother as ‘bubbly and funny’, and described the series of events which led to his involvement with drugs.

Miss Robinson said: ‘He came from a hard-working family and our parents did everything for us. I was closest to Ronald; he was our big brother and always looked out for us.’

She outlined how her brother became involved in drugs after splitting up with the mother of three of his children and moving into a property near Blackpool Promenade.

‘He had no money and wasn’t able to care for himself,’ Miss Robinson added.

‘I went to visit him in Blackpool and he was living in accommodation provided by the local authority. He looked pasty and skinny. I found it impossible to get help for Ronald.’

At the beginning of last year Mr Robinson’s family managed to get him a place in a private rehab clinic to tackle his heroin addiction.

The court heard that he responded to the treatment well and ‘appeared to be looking a lot healthier’.

After leaving rehab he returned to Blackpool and his sister says he ‘always assured me he wasn’t back on drugs’.

Despite extensive attempts to resuscitate him, Mr Robinson was eventually pronounced dead at Blackpool Victoria Hospital.

The package was later removed from his airway and tests confirmed it contained eight wraps of heroin and five of crack cocaine.

The inquest continues with the officers who detained Mr Robinson due to give evidence on Tuesday (June 21).