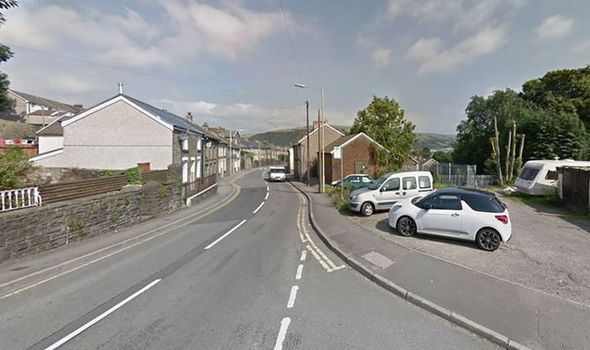 Daniel Stephens, 25, told a friend he needed the money to attend court for arrangements concerning his children with a former partner. He intended to take the catalytic converter and sell it for £500.

The father of three was found dead by Russell Seldon, the owner of the silver vehicle, in a car park in Porth, south Wales. Mr Seldon said he saw a pool of blood on the man’s back while preparing to leave for work.

An inquest yesterday in nearby Pontypridd heard that Daniel’s chest had collapsed under the weight of the machinery.

A medical cause of death was given as crush asphyxia, Wales Online reports.

Assistant coroner for South Wales Central, Rachel Knight, delivered a conclusion of accidental death. She said Daniel was “clearly missed by many people”.

The court heard Daniel was feeling “down and stressed” on the night before he died in August last year.

His friend, Aaron Godfrey, said in a statement: “He had spoken about stealing a catalytic converter from a BMW he had seen in Porth.

“He knew it would be worth around £500 – but I told him not to do anything stupid or steal anything.”

Mr Godfrey said he heard a car leaving from outside his home in Ynysybwl, south Wales – where Mr Stephens had also been living since July 2020 – at about 1am on August 12 which he assumed was his friend.

But when he woke up at about 5am, he realised neither his mate nor the car had returned to the house, and so drove to Porth to see if he was there.

He arrived on High Street to see two people standing by the silver BMW, as well as a person’s legs sticking out from under the car. He turned around and drove home when he saw police were already at the scene.

Car owner Mr Seldon’s statement was read out during the inquest. In it, he said: “I walked across the street from my house to my car which was in the small car park opposite.

“I saw a pair of legs sticking out from under the car, wearing dark coloured bottoms and trainers.

“I called out and pulled on the person’s leg to see if they were okay, but there was no response.”

PC Leah Jeffries, of South Wales Police, told the inquest she received a report at about 6am of an unresponsive male who had been found underneath a car that had been jacked up.

Fire crews pulled the car off Daniel but he had died some time previous. He was identified by his fingerprints and tattoos.

A car jack and torch was also found next to his body when the car was lifted off him.

The man’s stepfather, Andrew Stephens, said he “loved bikes, building and fixing things” and had no medical or mental health issues.