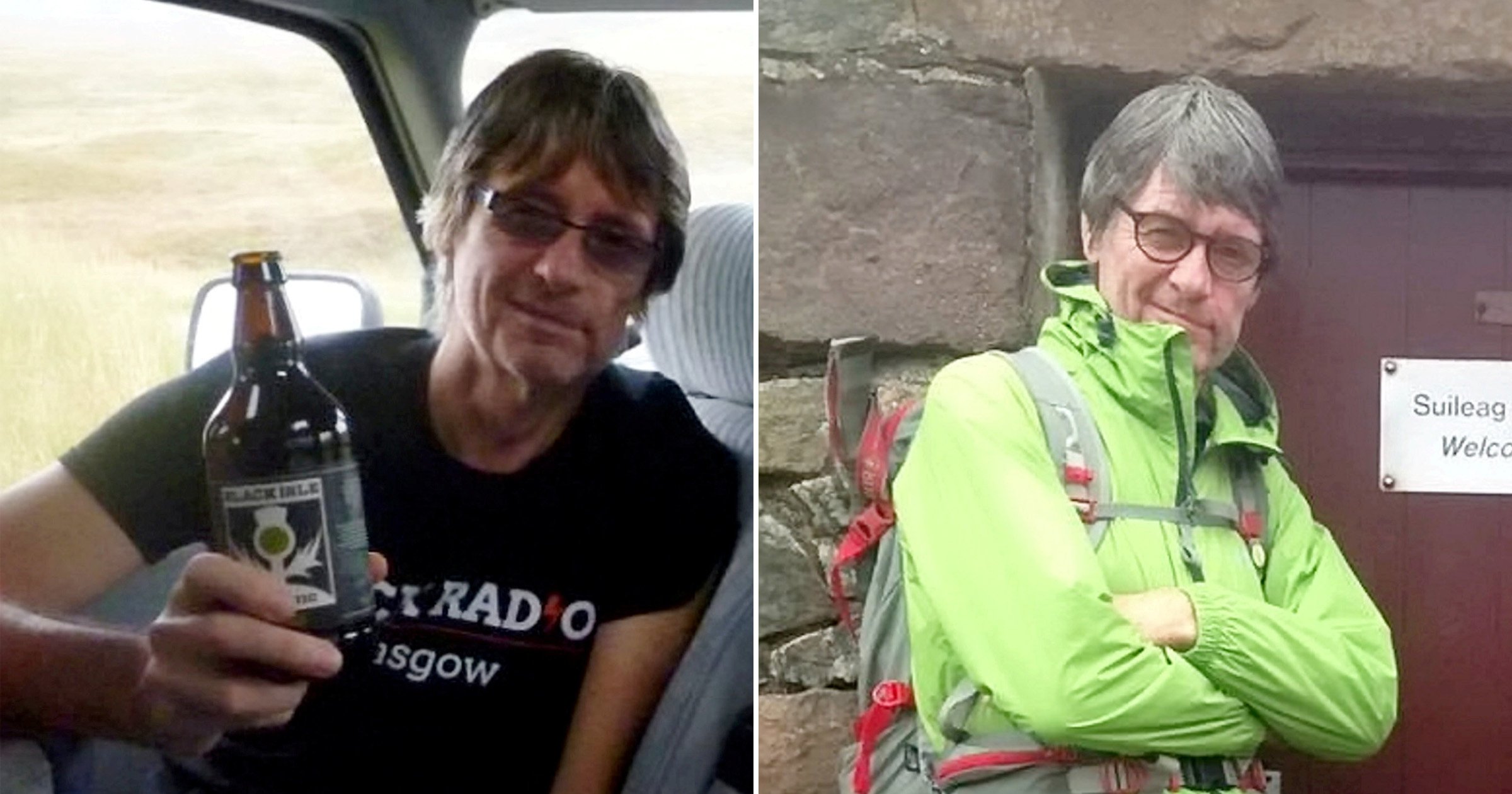 Tributes have flooded in for a ‘caring’ father-of-two who plunged 80 metres to his death during a mountain climb.

Mike Campbell, 63, was climbing down Blaven on the Isle of Skye on Sunday when conditions on the hillside suddenly deteriorated.

Three of his party were saved by a helicopter dispatched from Inverness at around 1.30pm, according to a Facebook post by Ben Wear of the Skye Mountain Rescue Team.

Adverse weather meant further air rescues were impossible and a search party set out on foot.

Mr Campbell’s body was found at around 5pm and his companion, Kirsty McLelland, was helped to safety.

Mark Dootson, chair of the Kilmarnock Mountaineering Club of which Mike was a member, remembered his friend as a passionate lover of the great outdoors.

Mr Campbell worked for Thales, an aerospace and defence firm based in Glasgow.

He lived locally for many years before moving to Dunoon, Argyll and Bute, only a few months ago, where he was in the process of renovating a bungalow.

MrDootson said: ‘When we had novices with us he was always very caring towards them. I do not really know any other way to explain him.

‘He took me under his wing after he completed the Munros and we were concentrating on getting mine.

‘We got to know each other through the club and our hillwalking and climbing.

‘Both of us would go to gigs regularly, any Scottish indie or folky stuff that was playing in Glasgow.

‘Only last week we were at a gig in St Luke’s and we would always go to Celtic Connections.’

In total, 32 rescuers were involved in the search for the missing climbers.

A Police Scotland spokesperson confirmed officers were called around 1.20 pm on Sunday after a 63-year-old man fell on Blaven, Isle of Skye, and could not be traced by his companion.

They continued: ‘Skye Mountain Rescue attended and the man was found to be deceased and his body recovered from the mountain.

‘There would appear to be no suspicious circumstances surrounding his death and a report has been submitted to the Procurator Fiscal.’

Get in touch with our news team by emailing us at [email protected]k.