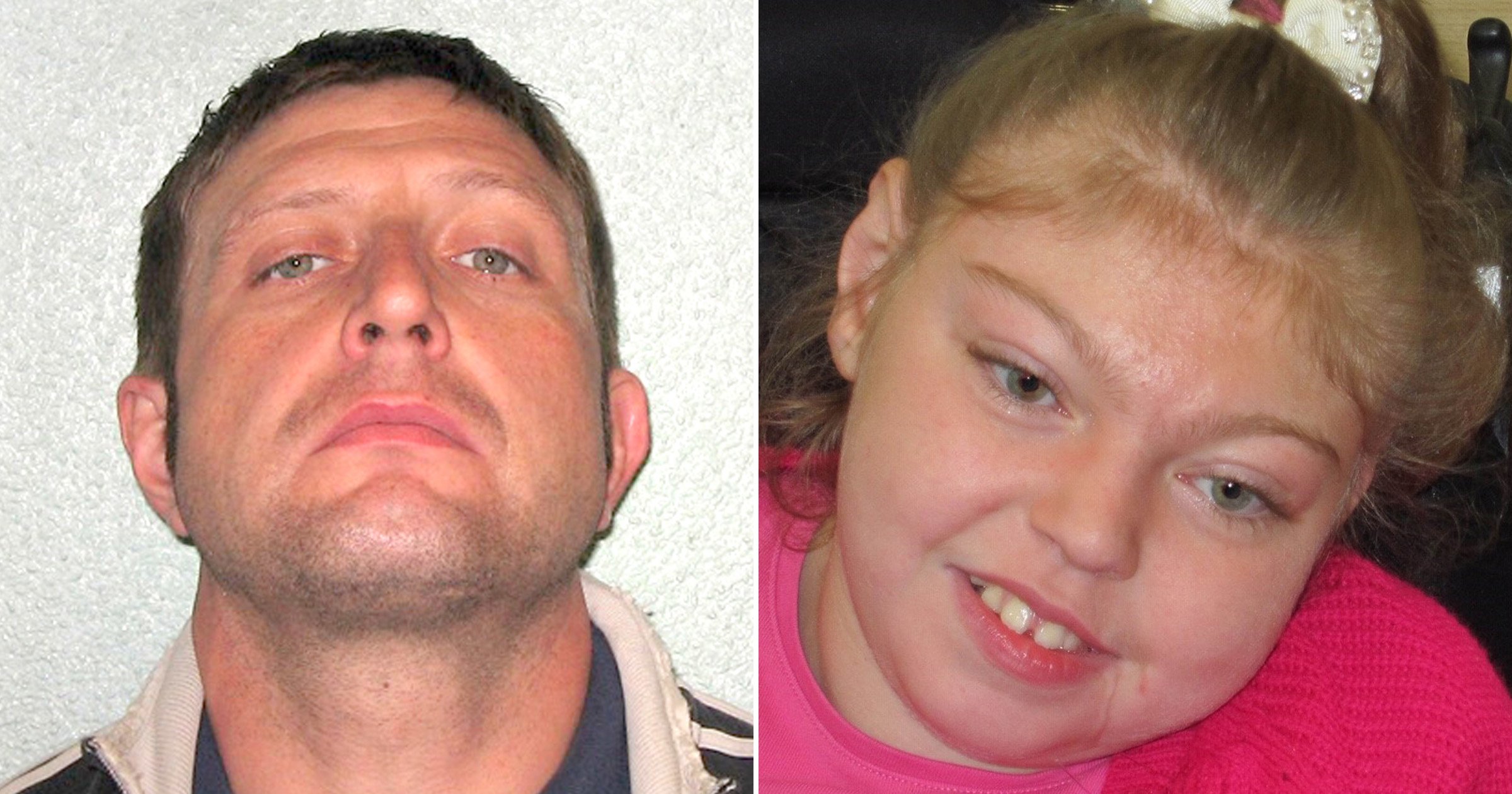 A dad who condemned his daughter to a lifetime of struggle when he horrifically injured her as a baby has been cleared of murder.

Dean Smith, 46, threw four-week-old Maisie Newell several feet into a wooden cot in August 2000, inflicting head injuries which left her with severe disabilities for the rest of her life.

On the night of the incident, warehouse worker Smith warned the Maisie’s mum not to ‘leave me with a f*****g screaming baby for hours’ as she left their flat in Edgware, north London.

Unable to get his daughter to stop crying, he snapped and threw her from the door where he was standing, across the room and into the cot.

He then calmly lit a cigarette, drank a beer and switched on his Playstation while Maisie lay motionless with life-changing injuries.

Smith has finally been convicted of manslaughter, seven years after she died from health problems arising from the attack, but was found not guilty of murder by a jury.

His partner, who can’t be named for legal reasons, came home a few hours later but didn’t notice anything was wrong with her daughter until later that night.

When it became clear her baby wasn’t just sleeping, she desperately tried to revive her by ‘calling her name, gently rubbing her belly, and rocking her in my arms.’

‘He was just panicking, panicking, saying: ‘Nothing, nothing’, crying. I think at one point I said: ‘What have you done?’

The couple concocted a story that their 18-month-old child had caused the injuries by dropping her but the doctors treating her knew immediately that couldn’t be true.

The court also heard he would refer to his infant daughter as ‘the bitch’.

Smith was sentenced to three years for grievous bodily harm in 2001 but a a murder investigation was launched following her 2014 death.

Admitting the lesser charge of manslaughter, Smith labelled himself ‘a low-life scumbag’ and was described as ‘completely broken’ by his lawyer.

Maisie was adopted by Tracy and Ian Newell when she was 20-months-old.

In a heartbreaking statement released after the conviction, they said: ‘Maisie sustained unspeakable injuries as a tiny, vulnerable, innocent baby…It was clear from the start that the consequences of her injuries were going to be profound, life long and life limiting.

‘We made a decision to commit to this beautiful little girl, to give her the best life we could, to maximise her potential and to love her unconditionally.’

They said Maisie ‘fought a brave battle’ and ‘remained a strong, vibrant personality’ despite being left with epilepsy, cerebral palsy, profound learning difficulties, visual impairment and unable to swallow.

She died at home surrounded by her loving adoptive family after contracting the flu and a chest infection.

They added: ‘She should have now been becoming independent, finding out who she wanted to be, the world should now be her oyster. But instead she was robbed of all those opportunities.

‘We gave her our best and she couldn’t have been more loved. We all continue to love and miss her.

‘She was adored by us all and we will continue to do our best by ensuring justice prevails. She had no voice of her own, we will be her voice.’

Smith, now of Watford, will be sentenced by judge Mark Lucraft QC on November 12.