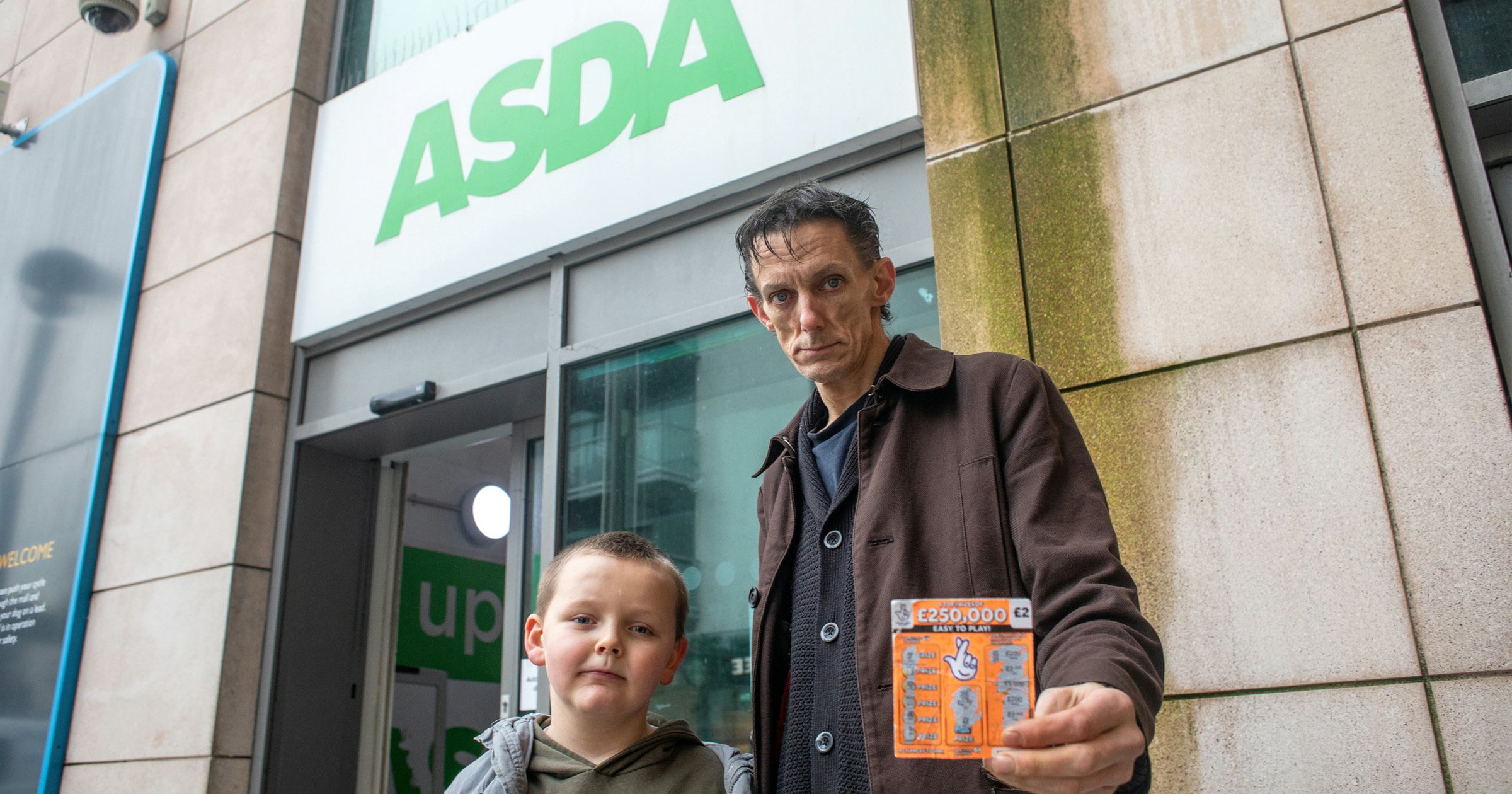 A dad has blasted Asda after claiming a member of staff sold his seven-year-old son a £2 scratch card.

James Fletcher-Retallick, 47, said he was shocked when his son, Ronnie, bought the card using his pocket money.

The minimum age to buy National Lottery scratchcards in the UK is 16 – making Ronnie nine years too young.

James said Ronnie was with him during a trip to the supermarket in Folkestone, Kent in August.

The youngster went up to the cigarette counter, where it’s claimed a male worker first offered him sweets – before allowing him to buy a scratchcard.

Asda apologised and said an investigation was launched following the incident.

But James, a single dad, said he is unsatisfied with the supermarket’s actions – and wants a clear explanation.

He said: ‘I’m disgusted that they’ve failed to properly acknowledge my complaint. I feel very, very let down by them.

‘I just wanted to know it had been taken seriously, and how and why it happened. It’s a serious offence.

‘The store mustn’t be training staff properly if they don’t know not to refuse to sell restricted items to minors.

Ronnie was off shopping and said he didn’t realise his son had made the purchase until he came over and said, ‘This is for you Dad’.

He said: ‘I thought he’d picked it up off the floor then I saw it wasn’t scratched. It just seems impossible.

‘We go there to shop weekly and I’ve always felt he’s safe to spend his money while I shop – but I don’t feel that now.

‘I don’t really agree with gambling. I’m not into smoking and I don’t drink alcohol.

‘Sure, this doesn’t immediately feel as dangerous as say selling a child fireworks. But in the long term it could be just as bad for him.’

The ex-tiler, who is now a full-time dad, says he has been in contact with Asda since then – but is unsatisfied with their complaints process.

He said: ‘I just wanted to know how this could have happened.

‘It’s very, very rare that I’d buy a lottery ticket. I’ve never bought one in front of him – I don’t like him to get the idea.

‘He had no idea that he shouldn’t have bought it or that it was wrong. I’ve explained it wasn’t his fault.

‘I expect it just looked interesting, it was pink and sold at a counter with lots of sweets.’

An Asda spokesperson said: ‘We would like to apologise and reassure Mr. Fletcher-Retallick that as soon as we were made aware of this incident, an investigation was launched within the store to understand how his son was able to purchase this product despite our robust policies surrounding age-restricted sales.’