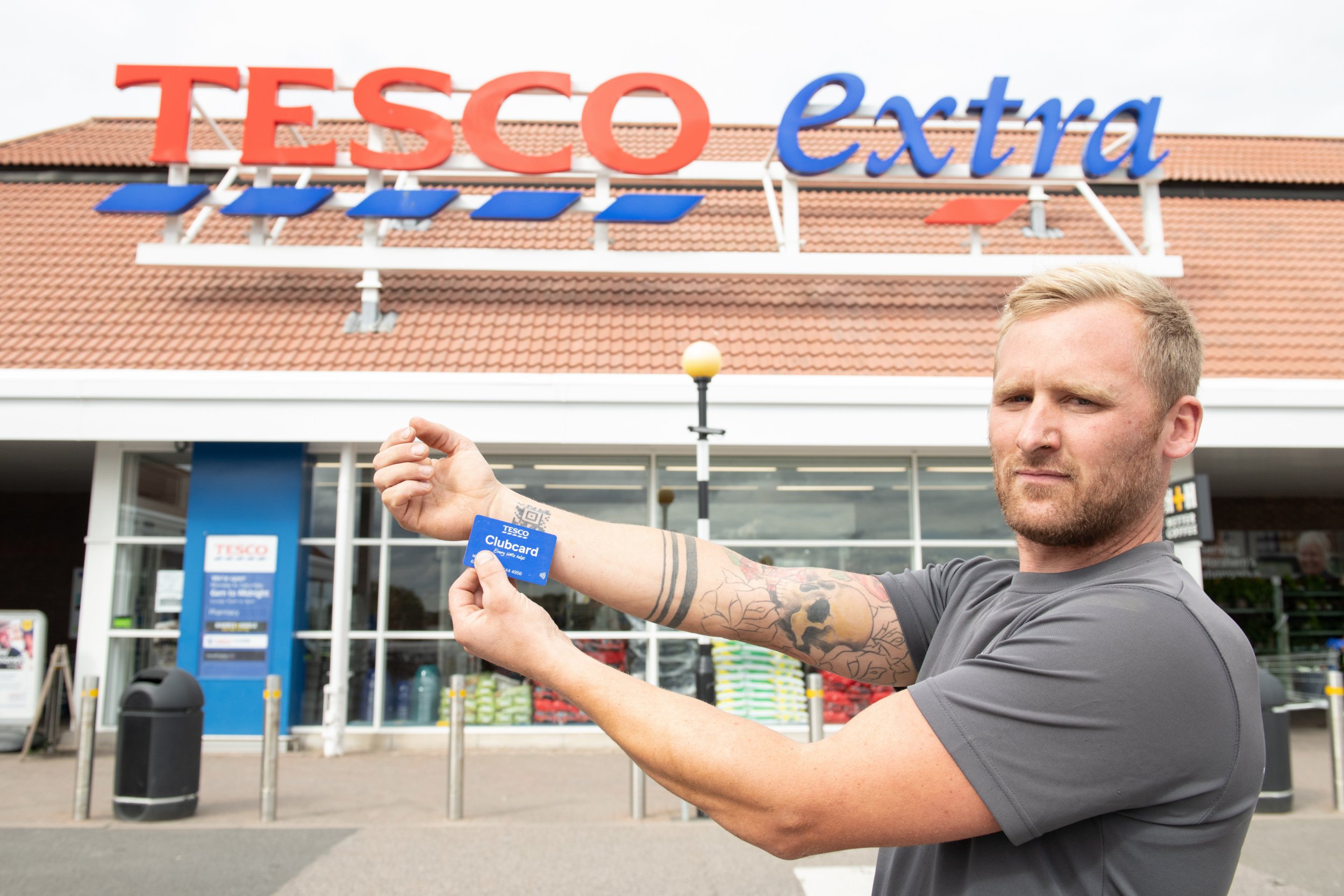 A keen Tesco shopper has taken the ‘genius’ step of getting his Clubcard tattooed onto his arm.

Dad-of-seven Dean Mayhew kept forgetting to take the card with him while visiting the supermarket – so opted to go under the needle.

The scaffolder, 30, said he had thought about the tattoo for several months before taking the plunge. Now he’s considering whether the Sainsbury’s Nectar card should be his next tat.

Dean explained that despite shopping in Tesco up to three times a day, he regularly found himself having to pay more because he failed to remember the loyalty card.

He does have it on his phone, but thinks the inked version is more amusing.

So instead he got the QR code tattooed on his right forearm – and the unlikely solution works perfectly under the till scanner, leaving cashiers gobsmacked.

Now, Dean can’t fail to benefit from Clubcard points and discounts every time he shops.

He explained: ‘People just say that it’s typical me – sometimes I’m not the cleverest of guys but they’ve said that for me, it’s pretty genius.

‘I’ve got seven kids and I’m in there all the time – probably three times a day I’d say.

‘I’ve been thinking of getting [the tattoo] for the last three to four months. Every time I go in there they ask if I’ve got my Clubcard but it’s always at home or I’ve lost it.’

Dean, from Horsham, Sussex, spent half an hour getting the tattoo earlier this month at A Star Tattoo in Chessington, Surrey.

He and tattoo artist – Dan Rossetter, 39 – then visited the local Tesco Express to find out if it worked.

‘I tried the self-checkout but it was quite awkward to use because I wasn’t doing it right so I said “let me go to the guy on the till” – I went up there and it worked,’ Dean explained.

‘He couldn’t believe it.

‘Anything you can do with a normal Clubcard I can do with my arm. The tattoo is still in the healing process at the moment and still scabby.’

He continued: ‘I don’t know if it will still work when it’s healed but I don’t see why it wouldn’t. I don’t regret stuff – I’m not one of those people.

Tattooist Dan added: ‘I’ve been tattooing for 12 years so I’ve seen lot but I’d never seen a Tesco Clubcard as an idea before.

‘At first I said “are you sure you want to do this”, but I saw the fun within it and thought “let’s do it”.

‘I was anxious about how well it was likely to work as it’s an intricate bar code but Dean was quite relaxed about it and was going for the fun aspect – he said if it didn’t work it wasn’t the end of the world.

‘I did the tattoo and we decided to pop to Tesco down the road – we went to the self-service checkout but because of the way the scanner is situated he couldn’t get his arm flat enough and we thought it didn’t work.

‘We went to the till and a person with a scanner tried and on the first go it worked, Dean’s face lit up and I realised it actually did work. 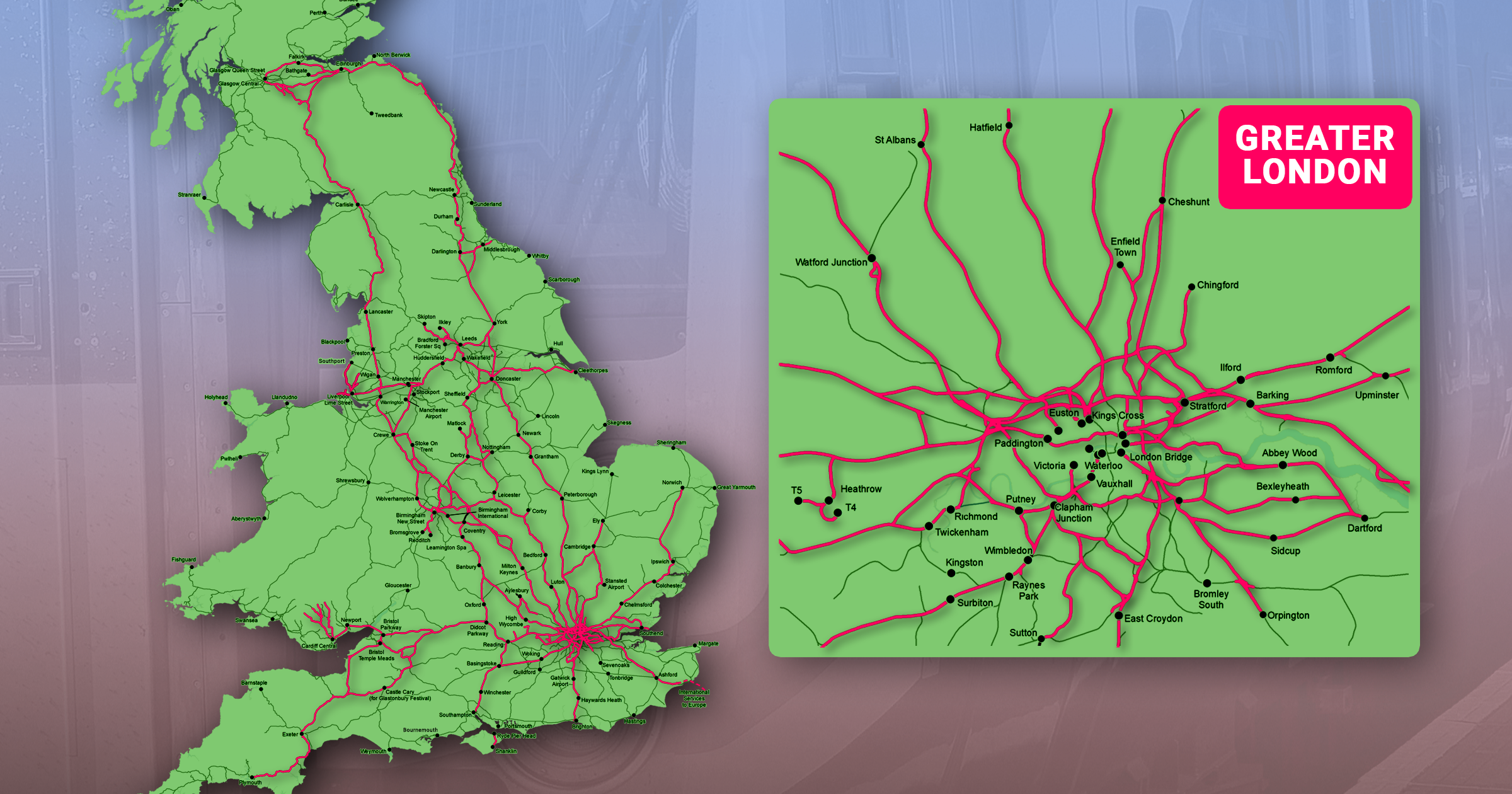 ‘I think I’m always quite a fun outgoing type of guy anyway so it was a bit of banter and there is the element of it being a genius idea – it’s not something I would have come up with off the top of my head, to be honest I thought it was quite cool.’

Dean now says he is considereing getting a Nectar card for when he shops at Sainsbury’s – because he often forgets that too.

‘I’d probably get it on the same arm, just above the Tesco one really – I’ve already got one so why not get the other?’ he argued.

Dean who thinks after an internet search that he is the only person with a Clubcard tattooed on him, continued: ‘I have had a few people suggest the Sainsbury’s one, when I posted it on Facebook people said I would be doing Nectar next and I thought that was a good idea.’

Got a story? Get in touch with our news team by emailing us at webnews[email protected] Or you can submit your videos and pictures here.