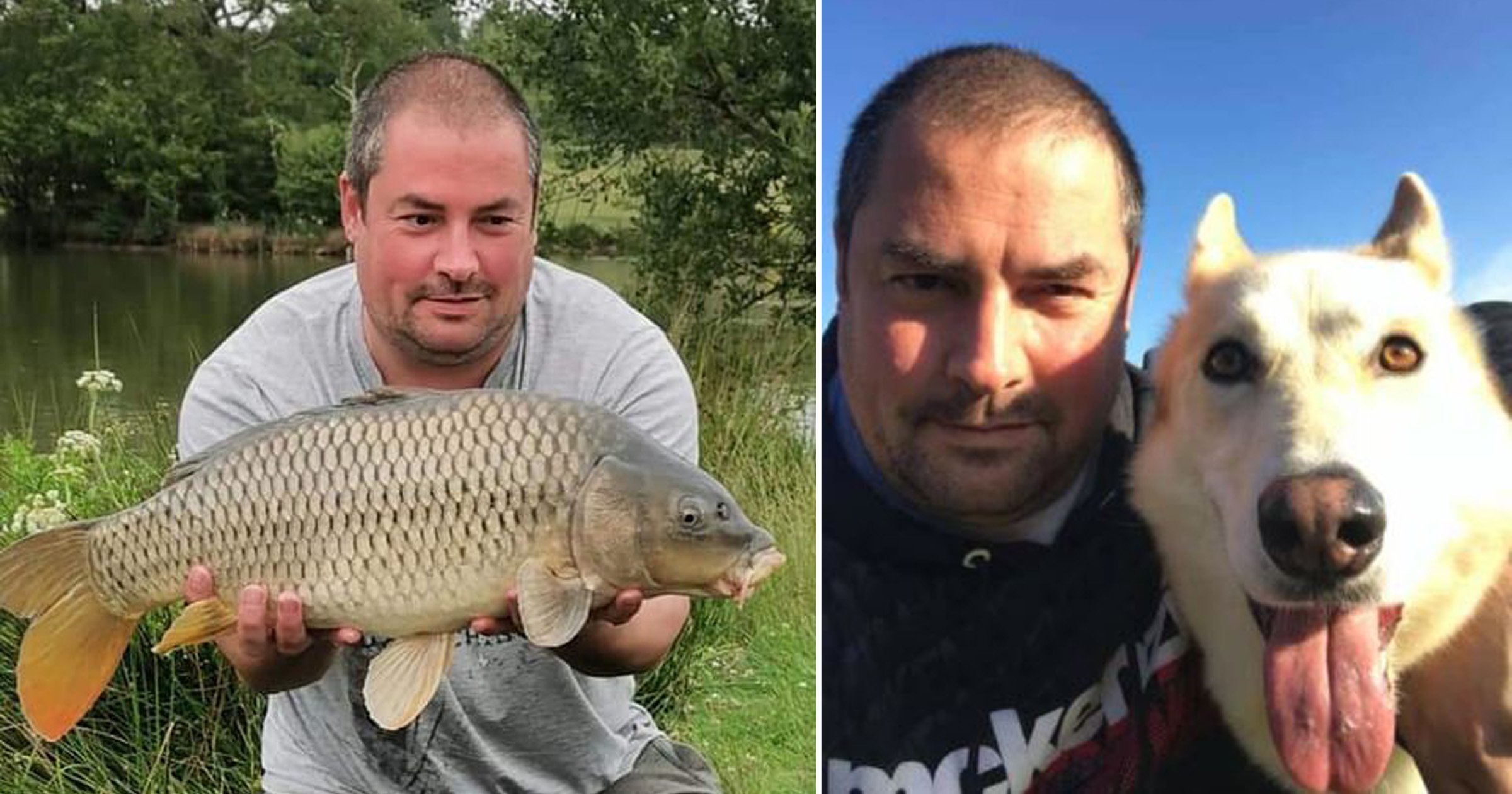 A dad-of-three who tested positive for coronavirus joked about having ‘another week off work’ the day before he died.

Known as a funny and loving father, his family have been left shocked and distressed by his sudden death.

The train driver said: ‘I’m a key worker and while I’m travelling around the country, I see people breaking the rules all the time – people with no masks, with masks under their nose, and it’s so frustrating.

‘You just want to go up and shake them and say look, it can take anyone.

‘Kevin had no known underlying illnesses, he went to the gym and his fishing would get him up and about, as far as I’m aware there was nothing known to be underlying and the post mortem hasn’t picked anything else up.’

Stuart said his brother’s death came as an even bigger shock after his own experience with Covid-19, which he completely recovered from.

‘He contacted me the day before his test and asked what my symptoms were,’ Stuart said.

‘I said I had a phlegmy cough and he said he was coughing up some blood – not a massive amount.

‘I think the only other symptom he really had was loss of appetite compared to usual.

‘I previously had coronavirus and when he tested positive, I said to him on the group chat that it’ll knock you out for a week or so and fingers crossed you’ll get through it. That’s what happened to me, I rested and recovered.’

But Kevin was tested on January 1, received the results on January 3 and died the next day on January 4.

Kevin wrote on Facebook: ‘Worst night ever last night. Climbed the stairs at 9pm, started coughing and was still coughing after 11.30pm. Finally dropped off, but only for an hour, then the coughing came back.

‘Coughing blood in the early hours. Dropped off about 6am and was back up by 7am.’

The next day on January 3, at 6.31am – the day before he died – he wrote another Facebook post alongside a picture of his positive test result.

He said: ‘Another week off work then. At least I know I wasn’t just being girly with a normal cold though!’

Stuart said his brother was found unconscious by his partner Carol in their home in Abercynon, Wales on the morning of January 4.

Paramedics were called, but there was nothing more they could do to save him – despite him being previously healthy.

Kevin, originally from Wattsville, is also survived by his three children from his previous marriage, Joshua, 15, Ffion, 14, and his youngest son Oscar, seven.

Stuart said his brother was valued by his work colleagues at Stagecoach as well as the many people he met through his biggest passion, fishing.

‘He enjoyed playing football when he was younger for a couple of local teams, but then, for the last 35 years, fishing took over his life,’ he said.

‘And that’s the main thing that people have been getting in touch with me about – the fact he would organise their first fishing boat trips.

‘He was doing so much with other people in the fishing fraternity. It was incredible seeing the amount of people who got in touch with me about him after his passing.’

After being a bus and coach driver for around 15 years, Stagecoach arranged a bus to drive through Wattsville on the morning of his funeral, which took place last week, in tribute to him.

It had his name on the front and was driven by one of his friends through fishing.

Stuart added that though their busy work schedules meant the brothers couldn’t meet over the years as often as they’d liked to have done, it didn’t impact their brotherly bond.

He said they regularly kept in touch via a group chat with friends called the ‘Chaps Group’ where they would have a laugh with each other as well as support each other through ups and downs.

He said: ‘We always used to squabble as kids growing up as brothers do, but then obviously when you mature you realise you love each other no matter what and as much as I could, as his big brother, I’d protect him.’