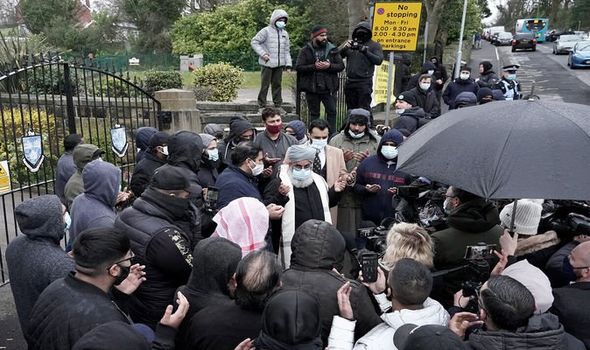 The unnamed tutor fears he may never return to his home town after receiving death threats. His dad said yesterday: “My son keeps breaking down crying and says it’s all over for him.”He is worried he and his family are going to be killed. He knows that he’s not going to be able to return to work or live in Batley. It’s just going to be too dangerous for him and his family. Suspended “Look what happened to the teacher in France who was killed for doing the same thing?”

The cartoon first appeared in the French satirical magazine Charlie Hebdo where 12 people were killed by extremists in January 2015.

The “burly Yorkshire lad” is in hiding with his wife and children and fears he could meet the same fate as French teacher Samuel Paty, 47, who was beheaded last October after showing the images to his students.

His killing stunned France and led to President Emmanuel Macron calling him “a quiet hero”. Samuel’s killer Abdullakh Anzorov was shot dead by police after the attack.

The British teacher has criticised the school for its handling of the incident. He was suspended by head Gary Kibble who apologised to parents. 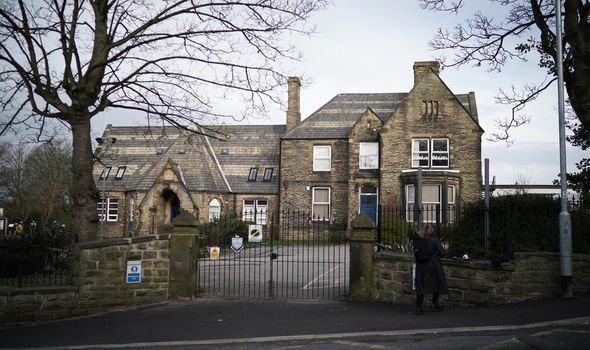 His father fumed: “The school has thrown my son under a bus. The lesson in which the picture of the Prophet Muhammad was shown was part of the curriculum, it had been approved by the school.

“Other teachers have done exactly the same thing. So why is my son being victimised like this?

“The school should have come out fighting for him and made it clear to the protestors that if offence was caused, then it was not my son’s fault. It was the school’s policy to show this picture, it wasn’t an individual decision made by him.”

He revealed that a CCTV camera had been set up to monitor his son’s home as gangs of youths have been congregating by the property.

His father said: “Even if he gets his job back, how can he possibly return?

“It will be far too risky. And how will he be able to walk around town with his kids, doing normal things knowing that he could be killed?

“Sadly, his life in Batley is over and it’s daunting for him to think about starting somewhere else afresh.”

The teacher’s mother has also gone into hiding amid fears the whole family is in danger.

The father said: “My wife is petrified we’ll also be targeted and has become a bag of nerves. She’s unable to stay in our home.

“This whole incident has had a devastating impact on us, and we are all scared.”

Referring to the protest at the school, he said: “This issue obviously means a lot to them and I can understand that. But the school and my son have issued a full apology, and both have said that they won’t allow the same thing to happen again. That should be the end of the matter.”

He described his son as a “standup” Yorkshireman adding: “He’s just a normal Yorkshire lad who loves his rugby and looks after his family.

“I’m very proud of him and it breaks my heart to see him so broken. 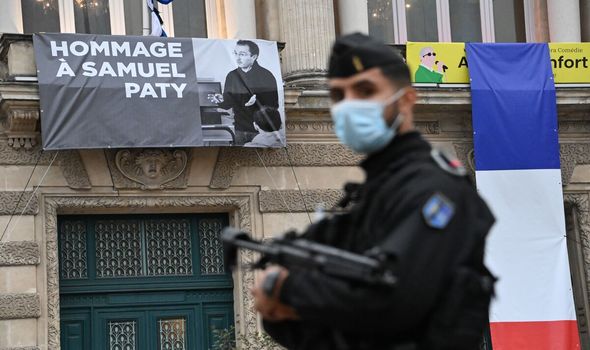 “Eventually they will get my son and he knows this. His whole world has been turned upside down.

“He’s devastated and crushed. He feels that everything is broken and it’s hard to console him because that is the truth.”

Muslim community leaders have called on the protests to end, while a petition in support of the teacher keeping his job has so far been signed by 64,000 people.

Snowdon Mosque chairman Akooji Badat said: “There’s no real cause for a peaceful protest outside the school. The school has done its job.”