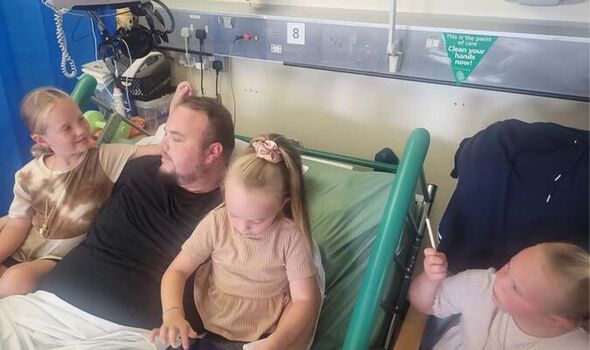 A family has shared their devastation after a much-loved dad-of-three was left paralysed following a fall from a ladder in an accident at work. Self-employed handyman Andrew Ellis, 30, broke his spine in a fall whilst working at a property in July. He was rushed to hospital by paramedics and was later transferred to a different hospital, Salford Royal, where he underwent surgery.

Unfortunately, Andrew currently has no feeling from the waist down, the Manchester Evening News reports. His family, who with his permission have shared details of what happened, says Andrew, who has three young daughters, has been told it is likely he will need to use a wheelchair for the rest of his life.

He is currently separated from his family as he continues his recovery and rehabilitation at the specialist North West Regional Spinal Injuries Centre, which is 50 miles from his home, where he is set to remain for several more weeks at least.

His family and friends have launched a fundraising appeal to support his fiancée Tasha and their daughters whilst Andrew, who worked as a landscaper, gardener and electrician amongst other trades, is unable to work.

His partner Tasha is visiting as often as she can whilst juggling the care of Brooke, nine, Scarlett, six and Harper, five with other family members and friends rallying around in support, for example, giving Tasha, who does not drive, lifts to the hospital.

His family and friends have now also launched a fundraising appeal to support Tasha and their daughters whilst Andrew, who worked as a landscaper, gardener and electrician amongst other trades, is unable to work. 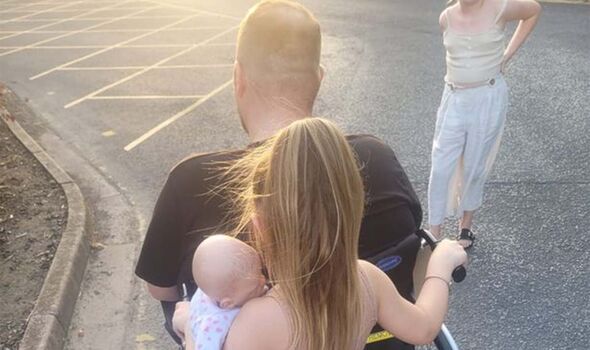 Andrew’s cousin, Nicole Whipday, 28, said: “It’s a very sad situation. He’s just the nicest person you could meet. Here’s very well-known and popular around here and there’s no single person who doesn’t like him or has a bad word to say to about him.

“It’s obviously come as an enormous shock and it has hit him very hard. He’s a very big family man and I think he just wants to get home to his partner and his girls, as it’s affected them massively as well. 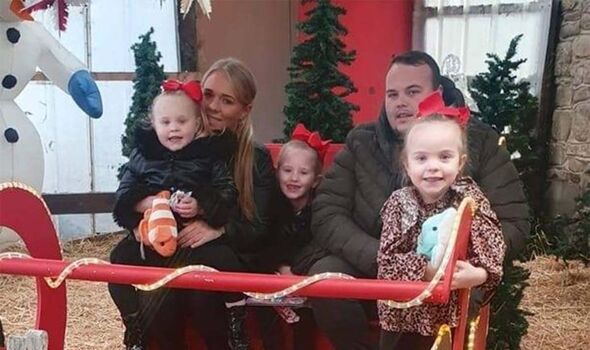 “He’s always been such a harder worker as well and obviously he’s not able to go out and earn money to provide for them at the moment which I know is a big worry for him, and which is why we are doing the fundraising.

“But we’ve also been surprised at how positive he’s been. Like anyone would in this situation he’s had his moments but when I went to see him with my sister was laughing and making jokes with us, being the typical funny Andrew.

“He’s so determined and is working so hard at his rehabilitation and they’ve said he’s doing really well.” His partner Tasha was visiting as often as she could whilst juggling the care of their daughters Brooke, nine, Scarlett, six and Harper, five.

His friends and family are aiming to raise £2,000 to help support his family as he continues his recovery.

To make a donation to the fundraising appeal, click here.

They are currently planning a big fundraising event at the Manchester Irish Centre in November.

And as well as inviting any donations to the fund, they are appealing for any businesses or individuals who may be able to donate items that can be auctioned or raffled off to come forward.

“We are wanting to raise money but also awareness,” Nicole said. “That things like this do happen and people’s lives change in an instant.”

Andrew said in a short statement issued through his family: “I just can’t thank everyone enough for doing they are doing.”

To make a donation to the fundraising or to contact the family about donating a raffle item click here.