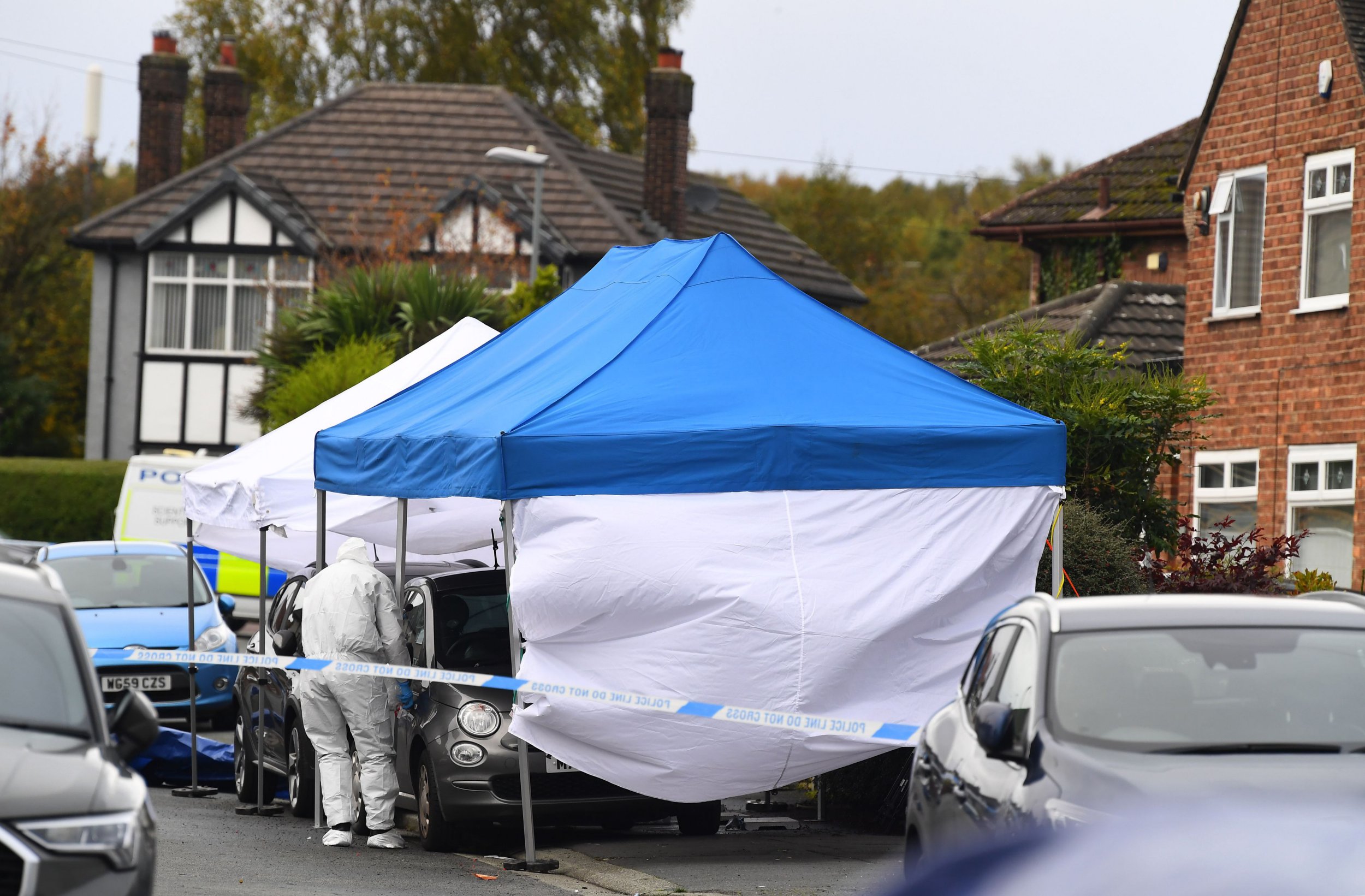 A dad who watched burglars raiding his family home through a Ring doorbell camera rushed over and stabbed one to death, a court heard.

Karl Townsend and his half-brother Jamie Cunningham allegedly armed themselves with knives after watching the break-in from afar.

Townsend is said to have shouted at three intruders to get out of his home, before stabbing 31-year-old Jordan Brophy in the face and head.

One of strikes through the intruder’s eye left a broken blade embedded in his brain, prosecutors say.

They allege Townsend and Cunningham left the scene but returned shortly afterwards, when Townsend then stabbed burglar in his jugular vein.

Townsend, 32, and Cunningham, 23, who deny murder and possessing a bladed article, both went on trial yesterday at Liverpool Crown Court.

Prosecutor Richard Pratt said: ‘The prosecution case is that this was not a case of a householder in a state of fear and panic, reacting in a moment of terror to what he believed to be real danger.

‘This was a brutal and ruthless killing, whether it be out of revenge or punishment, of a defenceless man.’

The court heard Townsend lived in Beechwood Avenue with his partner Amelia Rigby and their child.

On the evening of October 29 last year his girlfriend was out walking with their child and dog, while he was at his parents’ house nearby, where Cunningham also lived.

The court heard how Townsend’s home was fitted with a CCTV security system including a Ring doorbell, which would notify him via his mobile phone if there was a break-in.

He’d left the house at 6.26pm in his Mercedes GLA, and about five minutes later, three cars which ‘appeared to be in convoy’ were seen travelling along Beechwood Avenue, jurors were told.

One or more of those cars were carrying Mr Brophy and ‘three unknown associates’ to carry out ‘a determined and apparently targeted attack’, Mr Pratt said.

Having established the home was empty, the three people broke in through a side door while the fourth waited in another Mercedes parked nearby, the court heard.

After the doorbell camera alert went off, Townsend and Cunningham ‘hurriedly’ made their way to the house armed with ‘large knives’, Mr Pratt said.

The court heard that while audio captured on CCTV was not clear, Townsend appears to threaten to ‘do something to them’ with his knife unless they got out of his house.

What happened inside the home was not captured on camera, but 25 seconds after Townsend and his brother step inside, the burglars were seen leaving through the back door.

Jordan Brophy was complaining that he could not see, and had an injury around his eye.

Prosecutors said Townsend stabbed him twice in the face and head so hard that the blade smashed through bone and cartilage.

Jurors hears how the knife broke twice and left fragments embedded in his skull and brain.

The prosecutor said that while burglary is a ‘despicable crime’ that causes ‘misery’, it ‘cannot begin to justify this level of severe violence’.

Afterwards Townsend and his half-brother went out of the front door and drove off, while the wounded intruder’s associates went to retrieve their car to escape, the court heard.

Mr Brophy had become separated and was ‘apparently laying low and trying to hide’ before he ‘saw a chance to break cover’ and ran out onto the street, Mr Pratt said.’ 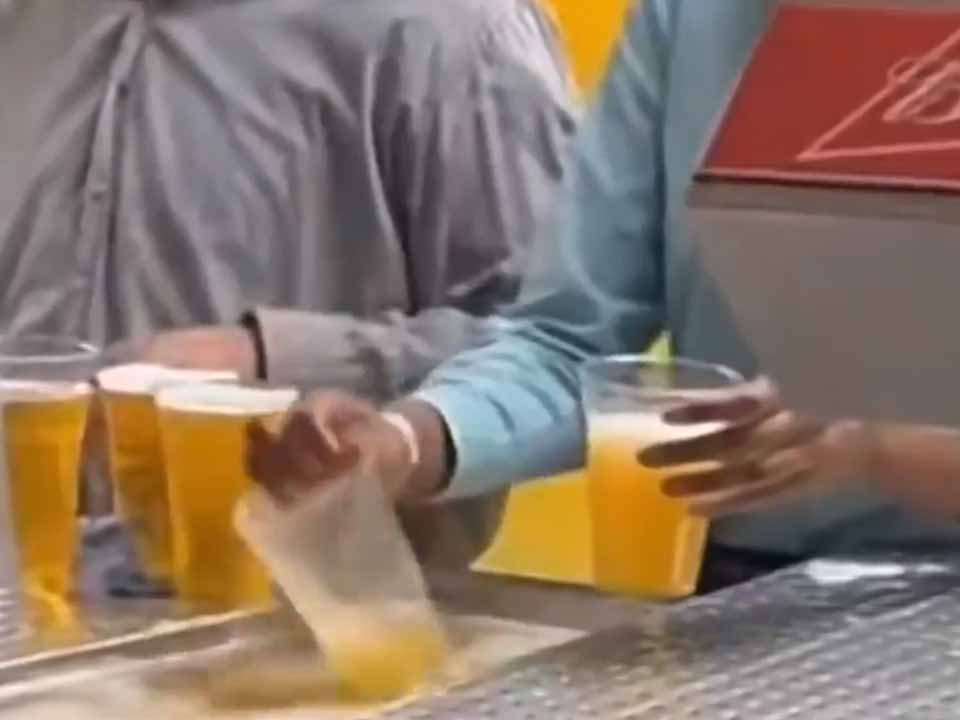 Unhappily’ for him, Townsend and Cunningham returned within a minute and crashed their car into a wall outside another house in the street, the prosecutor added.

Neighbours reported seeing the homeowner landing punches on the burglar, but the prosecution claims this was actually stabbing with the same knife he’d used earlier.

One of these wounds entered 4.5cm deep into Mr Brophy’s neck and his jugular vein, causing ‘catastrophic blood loss’.

Jurors heard how a pathologist who carried out the post-mortem says Mr Brophy would have died in time from the brain injuries he suffered in the house – but the cut to his jugular killed him almost instantly.

The court heard how Cunningham ‘bears responsibility too’, having returned to the home knowing one of the burglars had been stabbed in the head.

Prosecutors say Mr Brophy’s blood was later found on his clothing and that he ‘plainly and intentionally assisted and encouraged’ his half-brother’s attack.