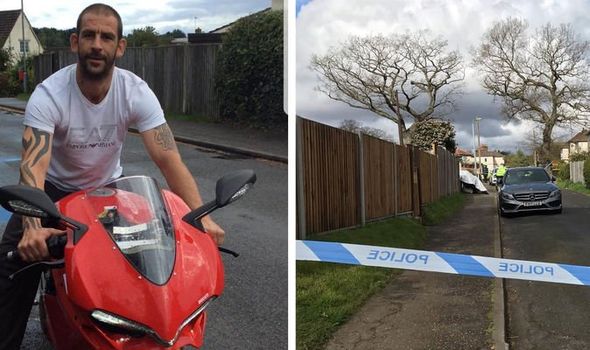 Police confirmed that two men have been arrested and a murder investigation has been launched. Emergency services including armed police were called shortly after 7.35pm on Wednesday “following reports of a disturbance involving a number of people”. Paramedics battled to save Mr Allsop but he was declared dead at the scene beside communal garages near his semi-detached home in Thorpe St Andrew, Norwich. He lived there with his partner and sons.

At least eight police cars, ambulances and rapid response vehicles were seen in the area.

An East Anglian Air Ambulance helicopter was called in and landed on nearby playing fields.

Retired health care assistant Eve Cooper, 67, said: “I realised something was happening when I heard the ambulance and saw the police cars.

“Then the helicopter came down so low that I could see the pilot. It was pretty awful.” A police spokesman said: “Officers arrived on scene to find four people with injuries.

“Despite treatment by paramedics, a man was pronounced dead at the scene. Three other people were taken to hospital for treatment to suspected knife wound injuries.

“Police arrested two men at the scene in connection with the incident who will be questioned in due course. 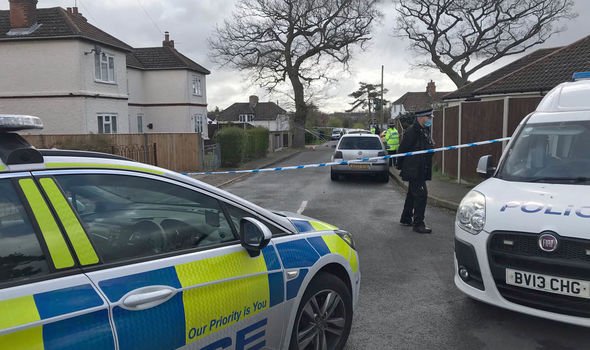 Officers have cordoned off the scene in Primrose Crescent while inquiries are carried out.”

Superintendent Tracey Little added: “A number of police resources, including armed units, were deployed to the scene.

“A murder investigation has been launched and we are in the early stages of our inquiries to establish the circumstances of the incident.

“We would like to hear from anyone who may have witnessed the incident or may have information concerning it.”

Forensic teams were at the scene and the area was cordoned off.

A tent believed to be covering potential evidence was visible outside the communal garages.

Anyone with information should call police on 101.