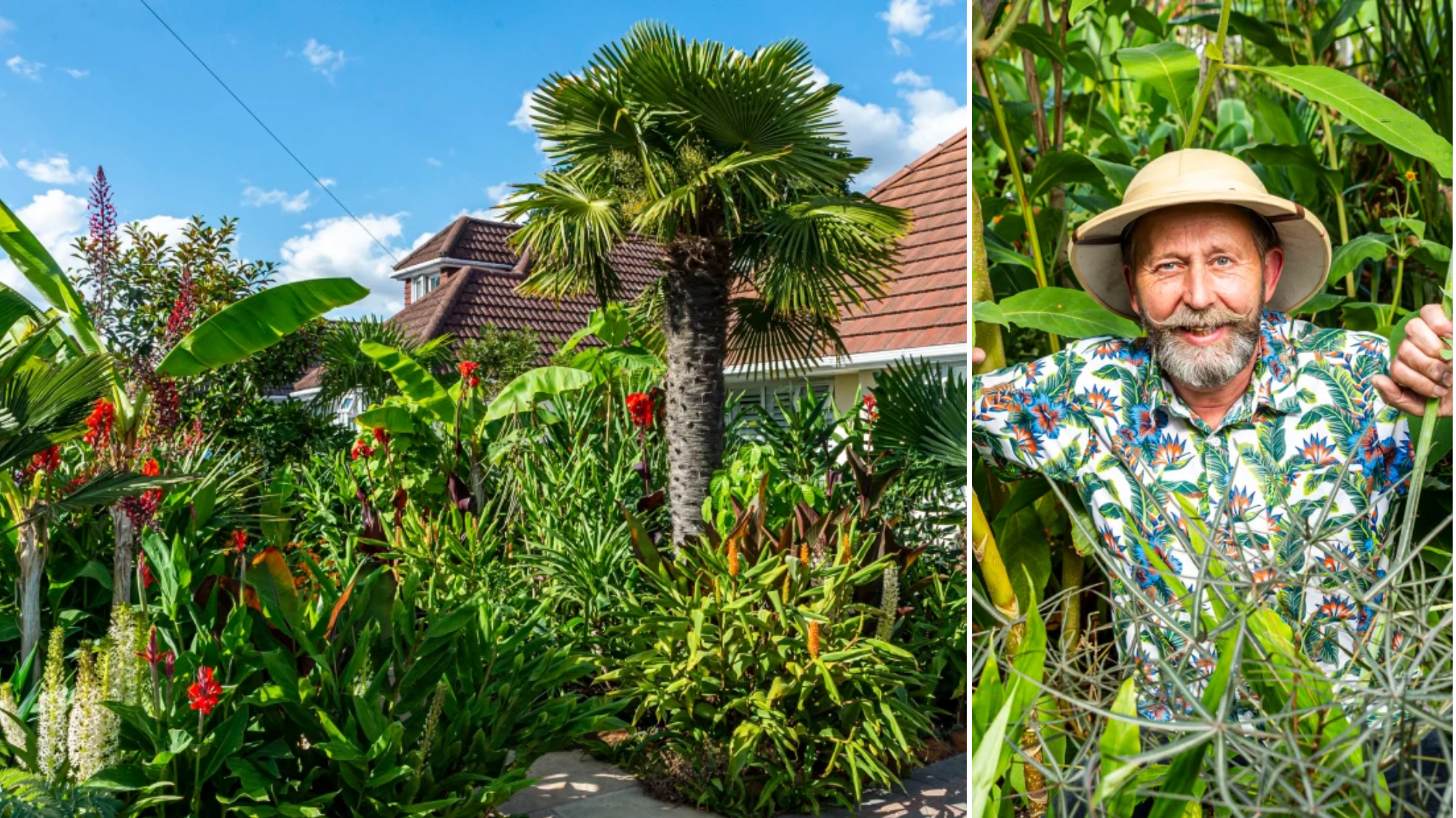 A rare plant collector who has spent 25 years turning the garden of his suburban home into a tropical jungle is concerned a potential hosepipe ban could be the end of it.

It has taken Mike Clifford decades to fill the 65ft-long plot behind his bungalow in Poole, Dorset, with rare plants from all around the world.

To protect them from the looming drought, the 61-year-old has stored 2,000 litres of rainwater.

Packed with species native to South and Central America, Africa, and China, his garden requires a lot of water.

But Mike’s efforts might not be enough as some plants used to warm and moist climates are ‘withering’ in front of his eyes due to the shortage of rain.

The dad-of-one said: ‘The hot weather has affected each species differently. Many of the plants like the gingers have had an early blossom.

‘We would normally expect to them to flower in September just a few weeks before they need to be packed away for winter, so its nice to enjoy them a little earlier.

‘But the big leafed plants don’t like the heat. They are wilting terribly. If you go out there at midday, you can see it happening.

‘I water them quite a lot but I’m trying to cut it back. I’ve got water butts buried 4ft beneath the ground.

‘A potential hosepipe ban is a bit of a worry but we’re getting to the end of the season so as long as it makes it to September I’ll be happy.’

Mike, who lives with his wife of 36 years, Tina, was inspired to get into gardening when he saw a TV show about the subject in the 1990s.

From then on, the couple have cultivated thousands of species – many from seed.

Their garden is home to giant dandelions from the Canary Islands and Pararistolochia goldieana, a plant from central Africa which has only flowered once in Europe.

There is also the Angel’s Trumpet, whose hallucinogenic properties were traditionally used by shamans in South and Central America to conjure visions.

This year, the avid gardener has seen several new additions come to fruition – including the incredibly rare St Helena Ebony, or Trochetiopsis ebenus, which is critically endangered in the wild.

The 4ft high plant with broad white flowers was once believed to be extinct until scientists found two small plants attached to a rock in Mexico.

Mike tends to his plants in the evenings and on weekends alongside his full-time job designing mobile homes.