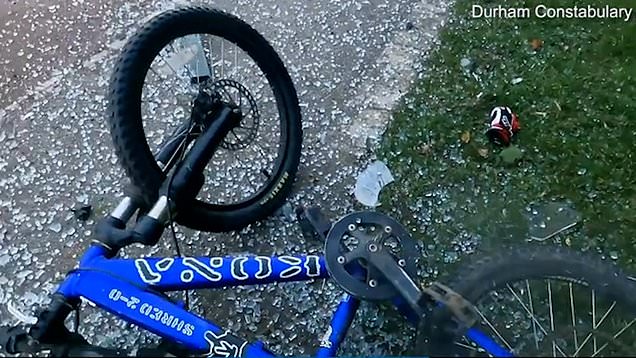 Harrowing footage shows a dad desperately pleading for help after his six-year-old son was hit by a drug-driver at 60mph during an early morning cycle.

A video taken on James Herring’s helmet-mounted GoPro shows shards of broken glass strewn across the ground while his son Noah cries in the background.

You can hear the panic in his voice as he tells his son not to move and speaks on the phone to 999 call handlers.

Moments before, Harry Summersgill, 24, hurtled into Noah while driving his Mercedes Benz at 60mph in a 30mph zone.

He was found to be driving under the influence of cocaine, cannabis and ketamine and has been jailed for three years.

Now, James has asked police to release his footage to make people think twice before getting behind the wheel while under the influence.

Teesside Crown Court heard how Summersgill did nothing to help the boy following the 7am crash on February 28 in Eaglescliffe, County Durham. 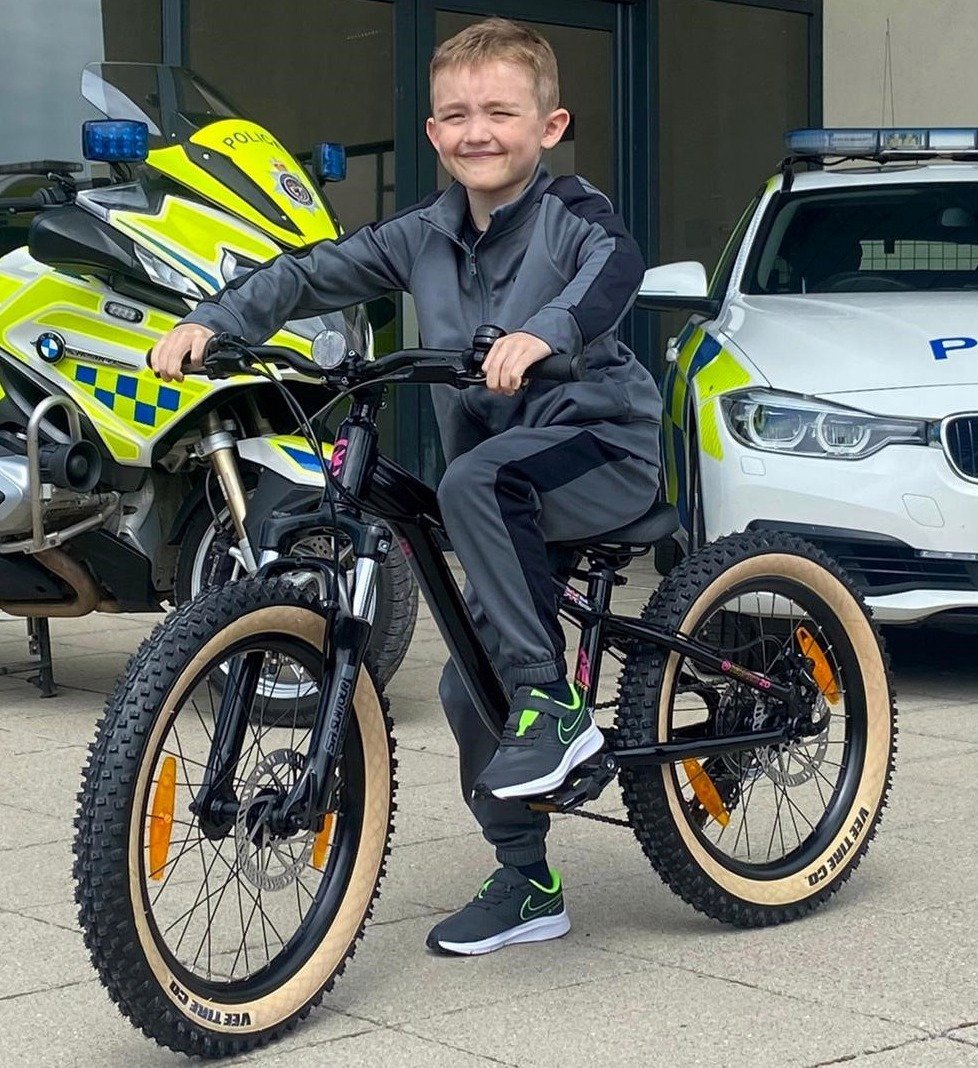 Police bodycam footage shows him nonchalantly dismissing the collision as a ‘simple accident’ as an officer speaks to him in the back of a van.

In a statement after the crash, James said: ‘Noah was exactly where he was supposed to be that morning in front of his dad listening to instructions.

‘You, Harry, however, were not, you were too caught up in your own selfish act of self-destruction to care about the consequences of your actions for anyone or anything around you.’

The court heard how James had planned out the route of their bike ride and made sure Noah was wearing his helmet and high-vis vest.

Prosecutor Susan Hirst told how the Mercedes came speeding towards them, driving across a bus and cycle lane. James then heard a bang and heard the car crash into the bus shelter.

Ms Hirst added: ‘There was dust and debris and initially Mr Herring could not see where his son was. He realised Noah was on the ground. He thought that he had not survived.’

Summersgill, from Stockton-on-Tees, pleaded guilty in March to causing serious injury by dangerous driving and was handed a three year prison sentence on May 27. He also banned him from driving for six-and-a-half years.

Inspector Dave Williams, from the Cleveland and Durham Specialist Operations Unit, said: ‘Noah and James were out riding their bikes and having a pleasant morning when Harry Summersgill, knowingly under the influence of a cocktail of drugs, drove his car and struck Noah at high speed.

‘Noah’s family know how lucky they were that day; the outcome could have been much worse and we’re all thankful that it wasn’t.

‘There will be increased activity and an increased focus on drug driving throughout the two-week National Police Chiefs Council (NPCC) campaign, although police will continue to tackle the issue all year round.

‘To anyone who may get into their car with the intention of driving whilst under the influence; I would urge you to watch this footage and see the horrendous circumstances for yourself.

‘No driver should ever take risks like these. It is unacceptable and we won’t tolerate anyone who takes drugs or drinks alcohol and gets behind the wheel of their vehicle. Our message is simple. Don’t do it.’