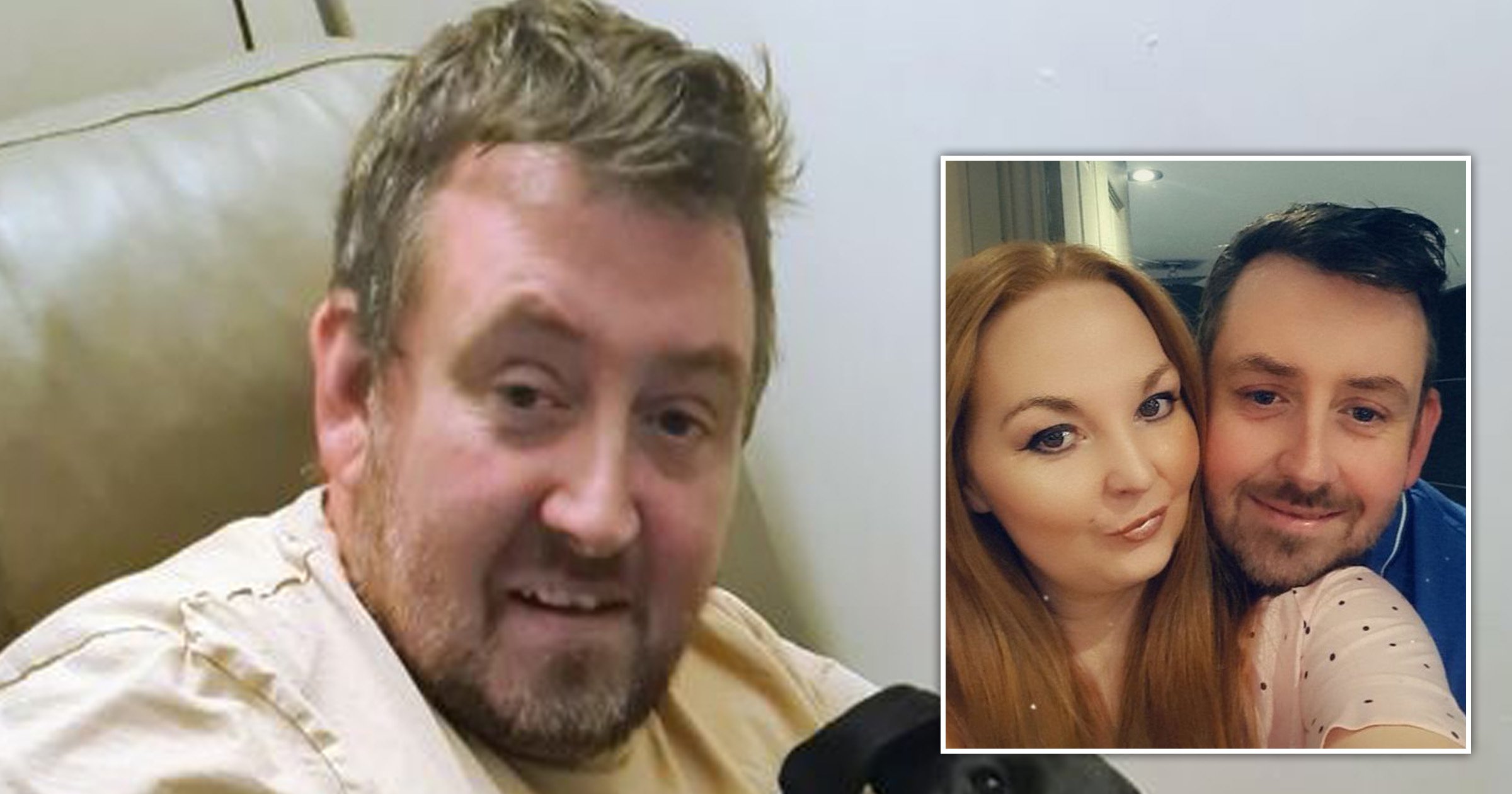 A dad who ‘refused to leave’ hospital after being told to see a GP was later diagnosed with a terminal leukaemia.

Gareth Dixon had pleaded with health staff for vital blood tests after waiting 20 hours to be seen.

The 40-year-old, from Warrington, had gone to A&E with hip and rib cage pain.

He had called 111 before doing so, after his family became concerned about his severe chest pain.

Gareth said he had struggled to get a face to face appointment at his local GP practice in the weeks prior.

He had been struggling with fatigue, thirst and various other aches and pains.

When he was seen by a doctor at Warrington Hospital, Gareth claims he was told to simply chase up an appointment with his GP.

‘I just refused to go anywhere until they had given me a blood test,’ he said.

‘They basically told me there was nothing wrong with me. I wasn’t going to sit there for hours to be told nothing was wrong.’

Gareth did get his bloods taken but it wasn’t until the next morning that he met with a consultant, he added.

It was then he discovered he had an aggressive form of cancer called Plasma Cell Leukaemia.

While his experience leading to his diagnosis was distressing, Gareth says the care he’s received since has been ‘amazing.’

His wife, Laura Dixon, says she was ‘heartbroken’ on hearing her husband’s diagnosis and still has ‘breakdowns’ every couple of days when the reality hits her that he is terminally ill.

What is Plasma cell leukaemia?

Plasma cell leukaemia (PCL) is a rare and aggressive variant of multiple myeloma characterised by a very high number of plasma cells in the blood and bone marrow.

‘I am so proud of him because he is just getting on with it. He is being really brave. I break down every few days – it just gets on top of me. But he is so strong.

‘I couldn’t stop crying when we found out. It was just heartbreaking.’

Gareth will soon have a stem cell transplant, which medics hope will put him into remission to allow him to make special memories with Laura and his sons Lewis, 12, and Dom, 19 over the next few months.

The treatment entails the 40-year-old going into isolation for a month before receiving intense chemotherapy, to kill the cancer cells, before his stem cells are reintroduced into his body.

‘The last week or so I was ready for giving up. I felt that bad,’ Gareth said.

‘The drugs I was on so they could harvest the stem cells made me feel really ill.

‘I feel a lot better in myself now. I still need to nap every day but I am feeling better. It was almost instant after I had the procedure done.’

Warrington Hospital have apologised for the delay Gareth faced in A&E.

They have not received an official complaint from the 40-year-old but have urged him to get in touch.

In response to Gareth’s claims that he struggled to get a GP appointment, a spokesperson for NHS Cheshire and Merseyside said Warrington GP practices are facing ‘significant challenges’.

Work is being undertaken to improve access to appointments.

Gareth and his family have now decided to make the most of their time together and drawn up a bucket list.

They hope to tick it off in various stages over the next few months.

One of Gareth’s biggest dreams is to visit Maine, in the USA, for the Stephen King tour and to try Maine lobster.

He also would love to swim with a great white shark, visit Loch Ness and see true ‘dark skies’ at night.

His family is hoping to raise more than £5,000 to give Gareth and Laura the chance to make these memories as soon as his stem cell transplant is complete.