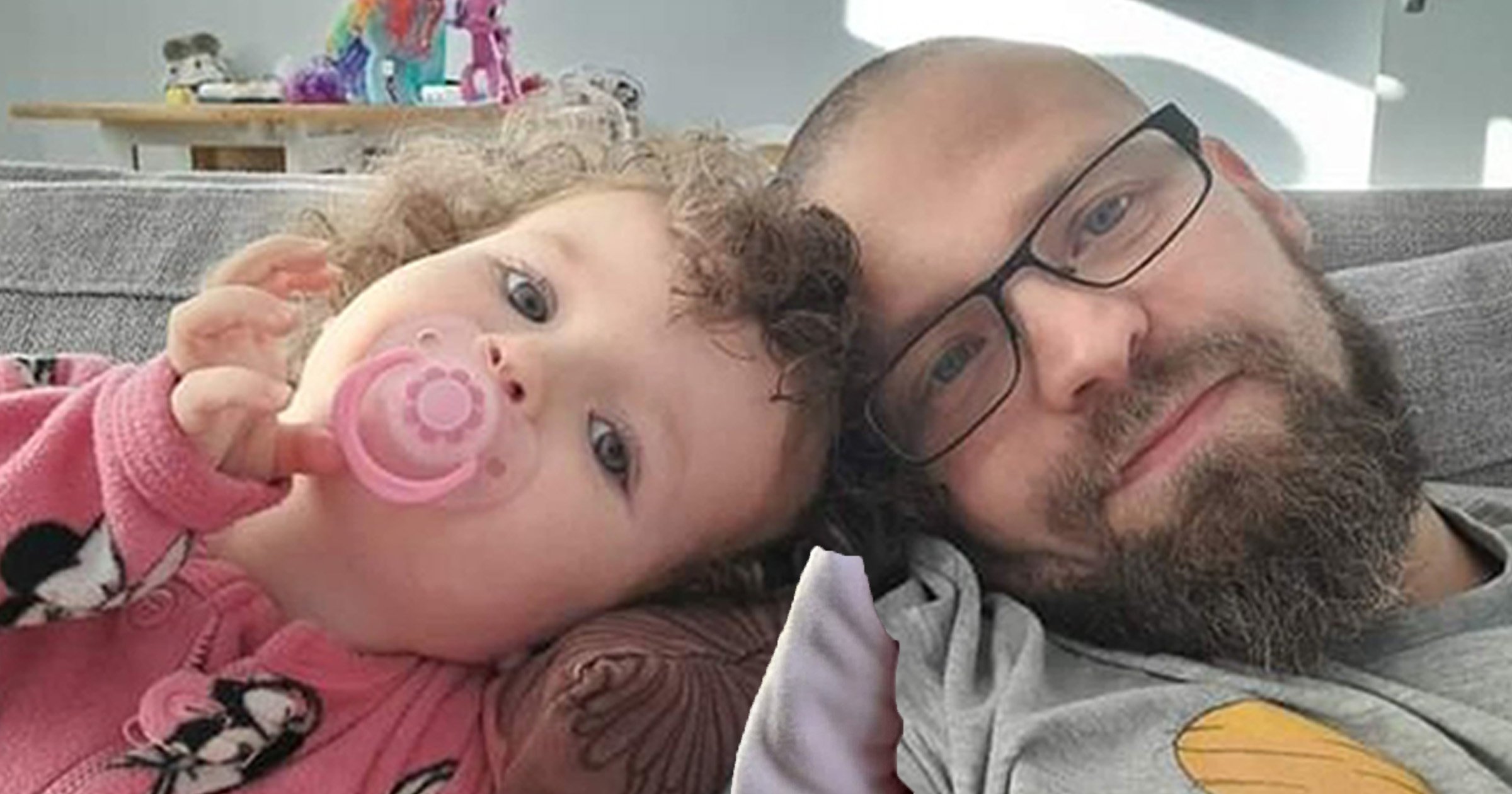 A dad who was talked through how to perform CPR on his toddler by a 999 call handler has urged all parents to learn the life-saving skill.

Mark Cummins, 37, from Alton in Hampshire, was faced with every parent’s worst nightmare when he discovered his daughter, Shannon, had stopped breathing.

Mark said the two-year-old collapsed on Saturday morning, believing it was because her immune system has been weakened by lockdowns.

‘I thought she was playing so I walked over to her and I looked into her eyes and there was nothing there, nobody was home,’ the dad-of-four said.

‘I realised that she wasn’t breathing and she was blue.’

Mark dialled 999 and spoke to an operator who talked the panicked dad, who had never learned CPR, through performing chest compressions with rescue breaths.

‘I was in such a panic and nothing was going into my brain,’ Mark said.

‘But eventually he calmed me down and said “look, this is what you need to do”.

Paramedics rushed her to Basingstoke Hospital, where she was still recovering yesterday.

Mark said since the incident he has signed up for a free council-run first aid course, and is encouraging others to do the same.

‘If you can take five or six hours out of your time, you can save a child’s life or someone else’s life,’ he said.

‘I think every parent should learn some form of CPR.

‘I didn’t know anything about it and I had to learn yesterday over the phone.

‘If I already knew that information, I could have kick-started [CPR] before I’d even picked up the phone.’

Mark said finding his mobile and dialling 999 wasted one minute that could have meant ‘the difference between life or death’.

The dad has since also praised the call handler who helped him through the stressful moment.

‘I don’t think the people on the end of the phones are praised enough,’ he added.

Mark said tests had revealed Shannon had two viruses ‘that should never have brought her down’.

CPR stands for cardiopulmonary resuscitation and is given to someone who is in cardiac arrest.

Cardiac arrest is when the heart stops pumping blood around the body. It usually happens without warning and is life-threatening.

In the UK, more than 30 000 people have an out-of-hospital cardiac arrest every year. Less than 1 in 10 survive.

CPR is taught on first aid courses and can be learned via the British Heart Foundation’s website.

‘They think that because she was born just before lockdown, she’s had no physical contact with anybody, so she’s got a really poor immune system,’ he added.

During the pandemic, Shannon’s only contact was with her dad – who was at home on furlough from his job as a stock replenisher at Sainsbury’s – and his wife Emma, 32, who was on maternity leave.

The parents will have to shield her from even a ‘little tickly cough or cold’ for fear that any infection will trigger more convulsions, Mark said.