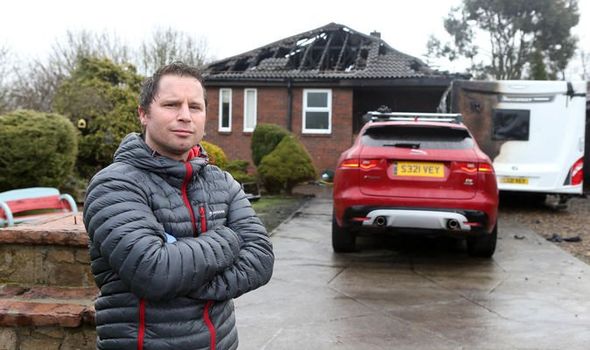 Sean Ivey suspects he was the victim of an arson attack after calling on neighbours to fight lawless gangs in his village. He and wife Kate, their seven-year-old daughter and five-year-old son fled for their lives as flames engulfed their home in Wingate, County Durham. Sean, 38, had posted a video on social media urging the community to unite to tackle the rising crimewave in the village on Wednesday evening.

He spoke out after his elderly parents were targeted by four armed robbers, who strolled into their home and stole belongings.

Sean said a “sixth sense” prompted him to wake in the early hours of Thursday to find the roof ablaze.

He said: “It was very lucky I woke up when I did. There was no noise and no smell of smoke. I shouted at my wife to get out of bed and take the kids out of the house.

“My whole property’s been set on fire and we’ve got nothing.”

The teacher, who spent 15 years in the Royal Marines, has lived in Wingate his whole life and took to Facebook to complain about the growth in crime in the village. 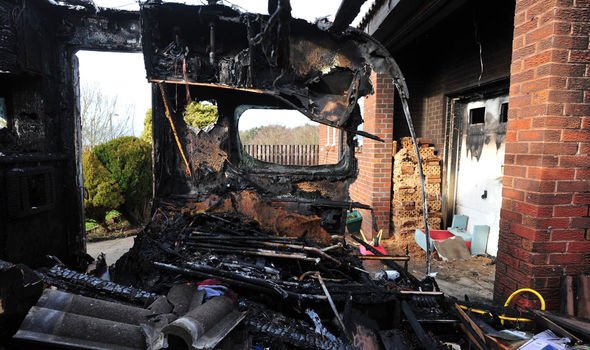 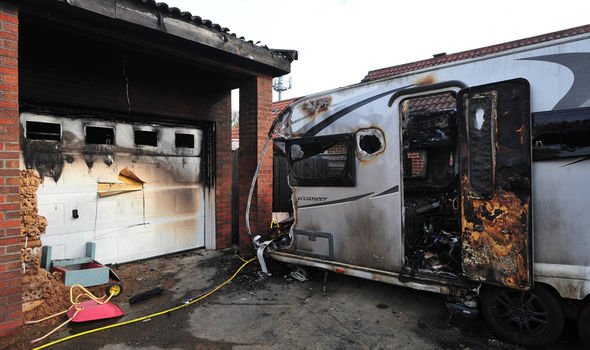 He said: “To be targeted like this, all because I’ve spoken out against antisocial behaviour that’s becoming far more prevalent in the communities.

“It was after an incident on Saturday. I haven’t named anyone or spoken about any individuals or groups, and yet this happens.” An online fundraiser to support the family hit more than £30,000 within 24 hours after Sean confessed he had “forgotten” to renew the house insurance following a bout of illness.

His luxury Jaguar SUV and Buccaneer caravan are write-offs.

Sean added: “I hope people can come together and let this be a catalyst for change.”

Durham Constabulary have arrested a 22-year-old man on suspicion of arson.

Neighbourhood Inspector Emma Kay said: “Thankfully no one was injured in this incident, but the fire caused significant damage.”