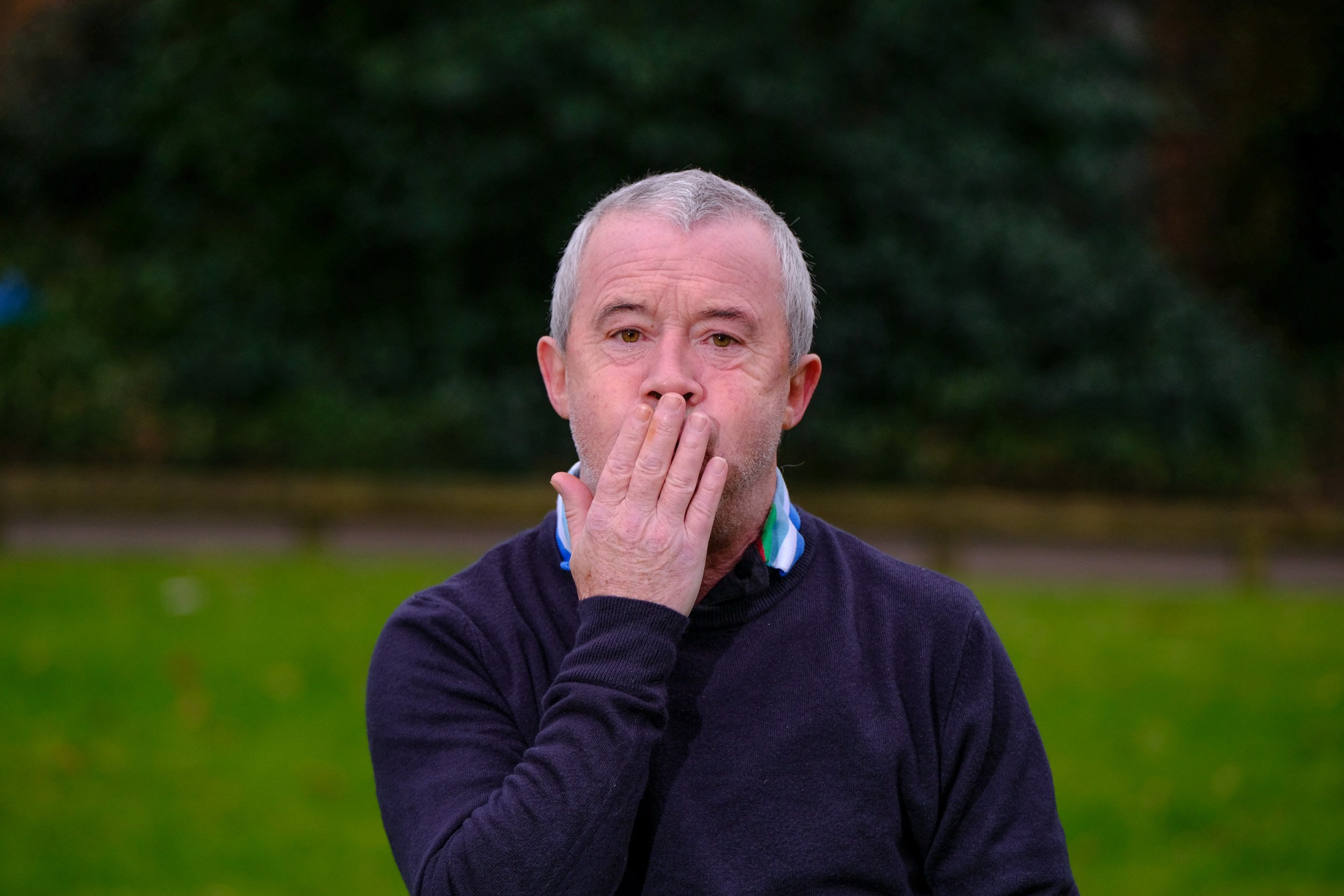 A dad-of-two has been burping uncontrollably for eight months, with doctors unable to diagnose why.

Michael O’Reilly, 61, first noticed there was a problem when he was playing golf last June, when the burps were putting him off his shot.

He went to the doctors, but they were unable to help – and since then, he has been regularly burping every few minutes.

Things seem to be getting worse, with the belches now louder and more violent.

It is exacerbated whenever Michael has something to drink – with Weetabix and milk being the worst for triggering the attacks.

Sometimes Michael will only burp once every few minutes but often he suffers prolonged and excessive bouts of belching which has made his life a ‘nightmare’.

Former taxi driver Michael, of Erdington, Birmingham, said: ‘It just began with a single burp from drinking a cup of tea last June.

‘It was before I went out on the golf course and the old guy I was playing with gave me a couple of boiled sweets to help as it continued during the round.

‘But it only seemed to make it worse, I kept on burping. It was pretty off-putting but I thought nothing more of it – until the burps would not stop coming the next day.

‘They happen every seven minutes now, pretty much without fail, they can be short single burp or a series of sharp ones which come out of nowhere.

‘It’s almost like a hiccup as you can’t feel them coming, they just take me by surprise, and it’s been an absolute nightmare.

‘It is just so random and I don’t know what is going on. They can last for about three seconds. I just want it to stop though as it really worries me.’

Michael believes he could have aerophagia – a condition of excessive air swallowing, which goes to the stomach.

He added: ‘I think it could be that but so far the doctors have been unable to help.

‘I’ve had online sessions with a neurologist but so far nothing has stopped me burping every few minutes.

‘They are really loud and getting louder. I’ve been searching for work but this has made it almost impossible.

‘Who is going to employ someone who is burping every few minutes through an interview.

‘With lockdown it hasn’t been as embarrassing as it could be as obviously we can’t socialise as much.

‘But I can’t go on like this, I want to get back out on the golf course and I don’t want to be burping on the 18th, it could put me off my shot.

‘Apparently aerophagia can last up to two years which I hope isn’t the case, I’m just hoping doctors can get to the bottom of it.

‘The only time it stops is when I’m lying down on my back. If I sit in a forward crouched position, it seems to set them off.

‘People have asked if it could be down to anxiety or nerves – but I’m a relaxed, laid back kind of person so I don’t believe it’s that.

‘I have Huntington’s disease and suffer from insomnia too but I don’t think it’s connected to that in any way.

‘Whatever it is, I just want it sorted so I can go back to enjoying a cup of tea without worrying about bursting out into loud burps.’