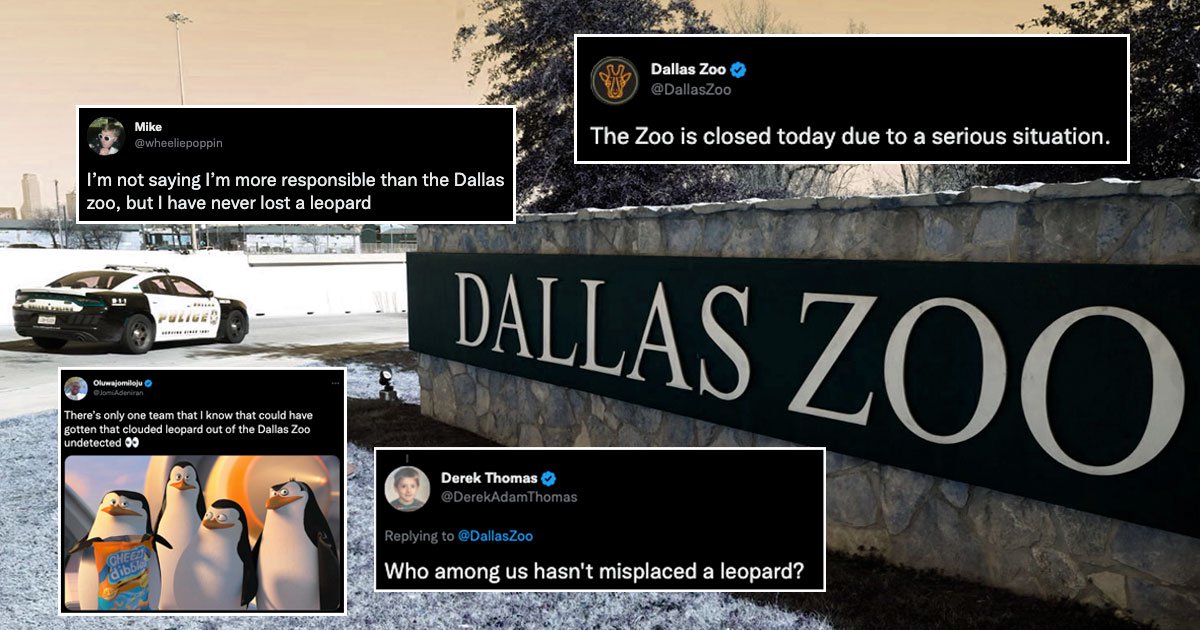 An escaped leopard caused absolute chaos in Dallas, Texas and on Twitter, the Internet last night.

The big cat, called Nova, gave keepers a fright when she vanished from her enclosure.

Dallas Zoo initially announced it was shut for the day ‘due to a serious situation’.

Twitter users soon kindly shared their best tips for how best to capture the runaway leopard.

User @wheeliepoppin tweeted: ‘I’m not saying I’m more responsible than the Dallas Zoo, but I have never lost a leopard.’

@mrsmcglover suggested: ‘Dallas Zoo, have you tried setting up a nice shelf with very precious breakable family mementos that you think is on too high for the cat to reach because he will come back to prove you wrong.’

Jomi Adeniran shared an image of the cunning penguin characters from the film Madagascar, which follows a number of escaped zoo animals.

He added: ‘There’s only one team that I know that could have gotten that clouded leopard out of the Dallas Zoo undetected.’

@binxibooo pointed out ‘The problem is as soon as anybody sees it, it becomes a spotted leopard.’

Derek Adam Thomas added: ‘Who among us hasn’t misplaced a leopard?’

Search efforts for the missing leopard, who weighs 20 to 25 pounds, were focused on the trees.

The Dallas Police Department had been deployed to help with the search efforts.

Nova was eventually tracked down after giving keepers the run-around.

Dallas Zoo tweeted: ‘We are thrilled to report we located clouded leopard Nova on-grounds at the Zoo this afternoon at approximated 4:40 p.m.

‘She was located very near the original habitat, and teams were able to safely secure her just before 5:15 p.m.’

It is not the first time that an animal has escaped an enclosure at the Dallas Zoo.

In 2004, a charging gorilla broke free from its enclosure and hurt three people, including a toddler, the Dallas Morning News reported. The gorilla bit the toddler on his head and chest and hurled him against a wall. It was killed by police.