Mick Lynch says Dept of Transport claims are a 'nonsense'

RMT General Secretary Mick Lynch was quizzed on the damaging industrial impact of strike action as the union leader stood alongside rail workers on the picket line. Thousands of railway staff and other transport workers have staged a mass staff walkout as part of an ongoing dispute involving pay and working conditions. The strike action has ignited transport chaos with only 20 percent of rail services scheduled to run, meaning some areas will have no train services at all. BBC reporter Hannah Millar put the RMT leader on the spot as she suggested the continued strike action could deter loyal commuters from using the rail network. Mr Lynch conceded as he agreed the rail network could benefit from some “industrial peace.”

Speaking on BBC Breakfast, Ms Millar said: “Do you worry when you look at the way that people perhaps are changing their habits to get used to not using the trains and working from home?

“Do you worry about this strike having a long-term impact and taking people away from trains, damaging the industry further?”

Mr Lynch replied: “The industry needs repair and the industry needs a bit of industrial peace so we can get the service running for the people and for the environment and the economy as well. 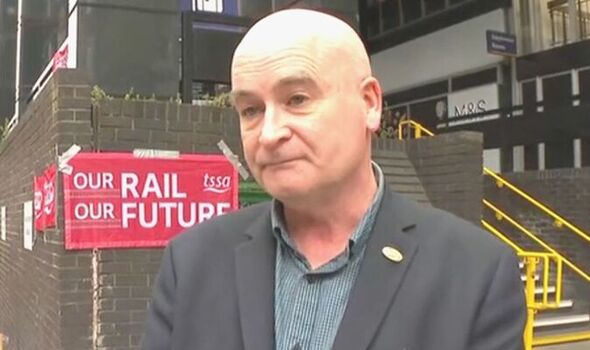 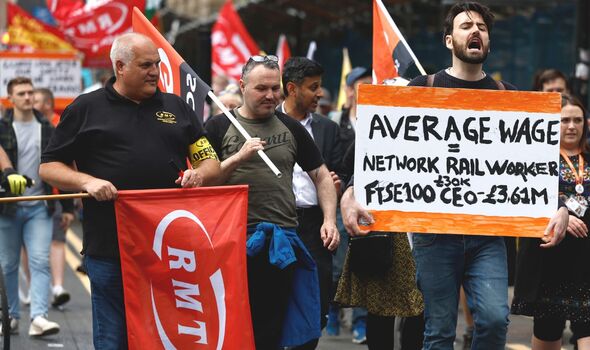 Mr Lynch continued: “If we get that, we can rebuild the railway, which is vital to the future of an integrated transport policy.

“That serves the needs of cutting carbon emissions and getting congestion off the road and getting a decent transport system.

“They want to start working with the staff rather than attacking them as some kind of enemy, which is what we’ve got now. 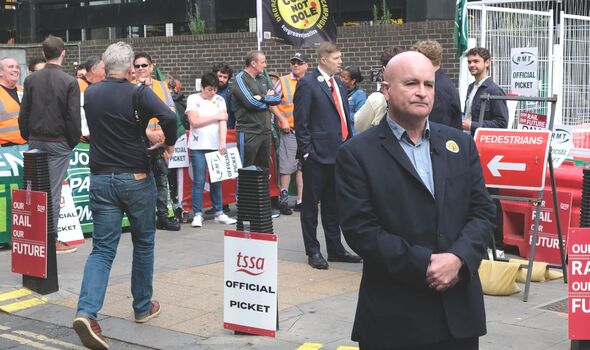 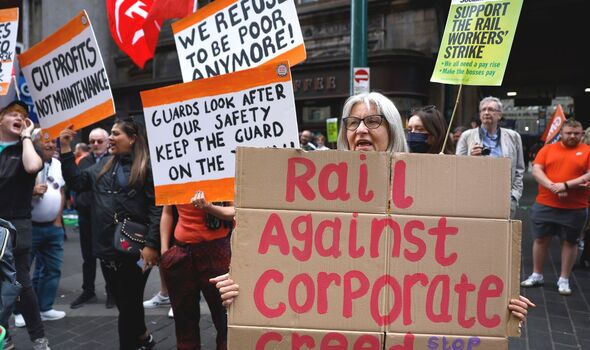 The strike action has paralysed the nation’s transport network with an estimated 50,000 staff staging a mass walkout.

Thursday’s strike is the latest in a series of large-scale union strikes to hit the transport sector.

When strikes began back in June, political commentators warned that the trade unions could deliver a ‘Summer of Discontent’ by causing huge inconvenience to ordinary working people.

The term is a play on the so-called ‘Winter of Discontent’ in 1978 when widespread strikes organised by trade unions caused mass disruption and triggered a government crisis.

Don’t miss:
When is the next train strike planned? Rail, bus, and tube routes [REPORT]
‘This union built Labour!’ Yvette Cooper grilled over strikes  [INSIGHT]
Grant Shapps: ‘I will take on the unions crippling this country’ [REVEAL] 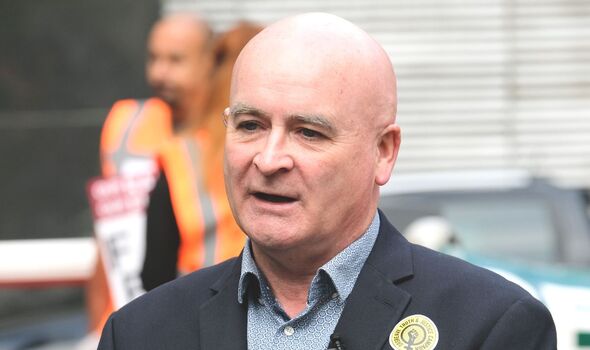 In an official statement supporting the striking workers, Mr Lynch said: “Network Rail have not made any improvement on their previous pay offer and the train operating companies have not offered us anything new.”

He added: “RMT will continue to negotiate in good faith but we cannot tolerate being bullied or hoodwinked into accepting a raw deal for our members.

“The Government need to stop their interference in these disputes so the employers can come to a negotiated settlement with us.”