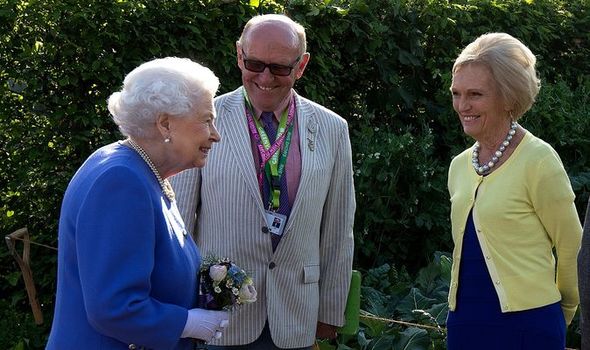 Buckingham Palace has announced that the queen of baking will lead a judging panel to find the perfect Platinum Pudding to mark the monarch’s 70-year reign. Royal aides hope whatever is chosen will be enjoyed by those celebrating the jubilee at 200,000 bank holiday weekend street parties and other events this summer – and by the nation for generations to come.

The television chef will be joined by MasterChef judge Monica Galetti and Palace head chef Mark Flanagan who will whittle entries down to a bake-off final of five. Dame Mary said: “I’m so thrilled to be panel chair for this exciting competition to make the perfect pudding for the Queen and to work alongside such a wonderful team of judges. I hope everyone who enters has lots of fun. I wish them the very best of luck.”

Mr Flanagan, who has been in charge of a staff of more than 50 in the Palace kitchen for 20 years, issued his own tips to those thinking of entering. “Keep it simple. Don’t try to include too many different flavours or textures in one dish,” he said.

“Think subtle and elegant rather than fussy and over complicated. Most of us think of a pudding or a cake as a treat, so make the flavours sing.”

Naming dishes after royalty is a long tradition.When the Queen was crowned at her Coronation in June 1953 the cookery writers Constance Spry and Rosemary Hume created coronation chicken to mark the event. Battenberg cake was created to mark the marriage of Queen Victoria’s granddaughter, Princess Victoria, to Prince Louis of Battenberg in 1884.

Guests at Buckingham Palace garden parties are still served Victoria sponge, named after the slice of cake QueenVictoria enjoyed with her afternoon tea. And the Queen of Puddings has been a national favourite sinceVictoria gave it her seal of approval. Now it will be joined in the nation’s royal recipe book by the new creation.

The competition, open for entries until February 4, is being organised by London store Fortnum & Mason and The Big Jubilee Lunch.