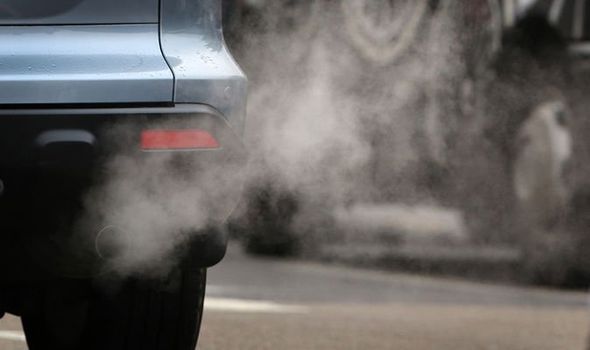 Pollutants from stationary vehicles with engines running can lead to devastating health issues, such as asthma, decreased lung function, cardiac disease and cancer. Larissa Lockwood, director of clean air at Global Action Plan, said: “No one should have to suffer dirty air as a result of a driver leaving their engine on unnecessarily, but children are particularly vulnerable.

“Idling during the school drop-off and pick-up times continues to be a problem but children are at particular risk because their lungs are still developing. Sadly, many drivers continue to idle out of habit as they don’t realise the harm they are causing.

“We need to do more to encourage active travel more broadly so there are fewer cars on the road in the first place.”

At least 21 out of the 58 councils that responded to Freedom of Information and Environmental Information Regulations requests reported increased incidents last year compared to 2020.

But fines remain extremely rare. Richmond, in south-west London, issued at least 10,351 warnings to drivers of idling vehicles last year ‑ a rise on the nearly 8,900 handed out the year before and 10,230 in 2019. But the council gave out just one fine, in 2019, which remains unpaid.

“What many people don’t realise is that a vehicle doesn’t have to be moving to release toxic gases into the air. Idling can produce up to twice as many exhaust emissions as an engine in motion, so is even more harmful to the atmosphere.”

The Daily Express Green Britain Needs You crusade encourages everyone to do their bit for the planet.

Mums For Lungs, a campaign organisation for clean air, has called for children to be protected at schools.

Jemima Hartshorn, 39, is the group’s founder. She said: “Many people even idle right outside schools or playgrounds. Current laws are completely unsuitable to ­protect children from the pollution caused by drivers leaving their engines running unnecessarily.”

A Government spokeswoman said: “Local ­authorities have the powers they need to tackle poor local air quality, ­including to issue fixed ­penalty notices.

“These powers can and must be used, and authorities are able to retain any funds raised to further help tackle local air quality issues.”

‘We had no idea the air pollution was this bad’

A worried mother has called for air pollution monitors outside every school to ensure vulnerable children only breathe clean air.

Artist Ruth said: “When we were monitoring air pollution, we noticed the levels peak when people were on their way to work or dropping children off at school.”

She said there were regular spikes of nitrogen dioxide and found from measuring elsewhere that the problem was broader.

Manchester City Council reported 84 instances of idling up to mid-November last year, a rise from 22 in both 2020 and 2019, but the authority does not issue fines.

Ruth, who often tells bus drivers to stop idling, added: “I’m worried about children all over Manchester. It’s shocking and we didn’t know how bad it was.”

Jannat and Jess were named as Junior Clean Air Champions by Asthma UK and the British Lung Foundation.

Jess said: “We want Manchester City Council to put a school street [restricting traffic] at every school in Manchester so that we don’t have to breathe in fumes.”

London Mayor Sadiq Khan warned us this week that the congestion on the city’s roads risks driving us from one public health crisis with Covid-19 into another ‑ dirty fumes spewed from diesel and petrol vehicles.

The capital was the most congested city in the world last year, according to traffic data analysis firm Inrix. That congestion cost the London economy a staggering £5.1billion.

It’s not illegal to idle in traffic but it is when you park and wait. Enforcing the law is one way to address this toxic problem.

Idling ‑ emitting this pollution when you’re not even moving ‑ is just like second-hand smoke. It’s time we make it as antisocial as smoking.

Councils have been allowed to fine drivers for it since 2018. Yet very few penalties are handed out.

In Lewisham, south-east London, where I live, the council has said it prefers to speak to drivers and give them the chance to switch off their engines. But when I’ve tried to ask they either ignore me or get angry.

This is a problem but it can easily be fixed. First, give traffic attendants the power to fine for idling, the way they do for parking violations.

They’re already on the road monitoring traffic. Attendants can give drivers a first warning ‑ but it should be followed by a penalty after the next.

Secondly, create a national, recognisable road sign warning drivers not to idle. At the moment they vary from council to council, which means drivers often miss signs, don’t understand them or simply ignore them.

Finally, treat idling like a public safety risk.Air pollution is especially dangerous for children, whose lungs are still developing. But it can rise by at least 50 percent during school runs.

Parents should be the first to want to protect their youngsters ‑ and I believe they would if they fully understood the risks of what they are doing when they keep the engine of their car running.

Rosamund’s daughter Ella, nine, died in 2013 after a severe asthma attack that was linked to air pollution