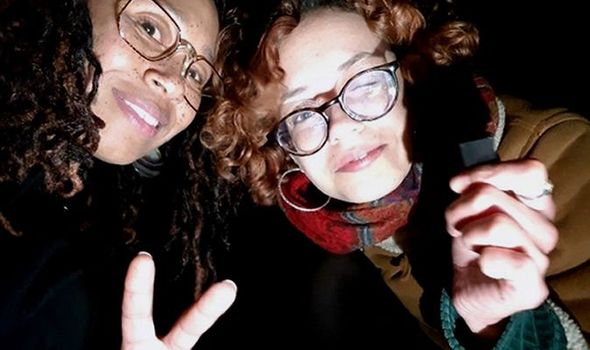 Danyal Hussein, then 18, butchered Bibaa Henry, 46, and Nicole Smallman, 27, as part of his pledge to “sacrifice” six women every six months. Police found the handwritten “contract” in a TV stand at his home – signed in his blood. The victims’ mother, Mina Smallman, told the Old Bailey in an impact statement: “No one expects their children to die before them, but to have two of your three children murdered overnight is just incomprehensible.”

Ms Smallman, a retired archdeacon, said losing her two girls was “enough to shake a person’s faith –fortunately it did not”.

Listening to the detail of how her daughters died was “horrific” and made her think “this person cannot have a heart”. She added: “If any good comes out of this at least another four women will not meet a similar end in a so-called pact with a so-called demon…I have never come across such evil.”

Three jurors wept as the statement was read out. Hussein shook his head.

Describing the moment when she was told her daughters’ bodies had been found, Ms Smallman said: “I instantly fell to my knees and began screaming, screaming and screaming…”

Bibaa’s father Herman Henry said: “As a boxer, I’m used to taking punches and being knocked down, but nothing compares to this. I still can’t believe she has gone.”

The sisters and their friends had gone to the park for a picnic to celebrate social worker Bibaa’s 46th birthday on June 5.

They spent several hours eating, drinking and dancing before their friends went home at midnight. The sisters stayed on, unaware their killer was watching them from the undergrowth.

The women then danced with fairy lights, with Bibaa’s phone taking 150 photos of them using a “clicker”. The last image was taken at 1am and shows the sisters suddenly look to their left.

Det Chief Insp Simon Harding said: “We have always believed their attention was drawn to the appearance of Danyal Hussein.”

Hussein then dragged their bodies 80 yards into undergrowth and threw their phones into a pond. The sisters were reported missing on June 6. But police did not launch a search and their bodies were found by close friends the following day.

Adding insult to injury, two police officers then posed for “selfies” with the bodies. They have been charged with misconduct in a public office.

Hussein, who had been staying at a relative’s address near the park, was arrested at his home in Blackheath, south London, a month after the murders.

Sentencing will take place on September 22.