The footage, from 2008, shows possibly the fastest speeds ever recorded on a road in Cornwall. It captures a man in his 40s reaching a staggering 170mph on July 13, 2008, as well as fellow biker friend Andrew Prowse, who was 45, speeding across the roads.

The pair broke the speed limit more than 30 times in a matter of minutes, getting well above 100mph on several occasions and having multiple near misses. The pair then went across Loggans Moor Roundabout, at Hayle, before attempting to get back up to speed, Cornwall Live reports.

Mr Prowse overtakes the biker whose dashcam footage was published by the police, as they both belt it towards 100mph. Mr Prowse attempts to overtake a car at speed, but clips it and is sent flying into the other carriageway.

Mr Prowse was killed instantly in the crash and the other was arrested and handed a 51-week suspended sentence for dangerous driving, fined £190 and disqualified from driving for three years in 2009. At the time of the conviction, Superintendent Tim Swarbrick said it was the fastest speed ever recorded in Devon or Cornwall.

The video, initially released by Devon and Cornwall Police, has begun to circulate once again recently following a string of biker deaths and serious injuries on Cornish roads.

Most recently, a biker was airlifted to hospital with serious injuries last week (July 15) at Falmouth after a collision with a van. The biker was taken to Derriford Hospital with what the police called “life-changing” injuries. 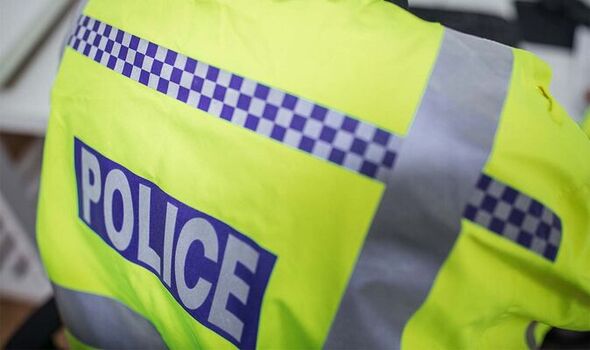 Prior to that, two bikers dying in 24 hours across Devon and Cornwall prompted police Superintendent Adrian Leisk to issue a heartfelt plea to bikers to slow down. He said, at the end of June: “These collisions change lives forever – the hurt and pain they cause to families and friends is beyond measure and our officers have had to deliver bad news to far too many people this year.

“All road users have a responsibility to keep themselves and each other safe. We are seeing increasing occurrences when cars or other vehicles are pulling out in front of motorbikes without seeing them. Please take more time and look twice whenever you are at a junction or turning in the road.

“I’d also appeal to motorcyclists to slow down. Many of the incidents we have been called to have involved biker error, speed and dangerous overtaking – so please, slow down and ride safely. Our speed detection officers will be out in force at locations across Devon and Cornwall over the summer.”

At the start of June, a biker had to be airlifted to hospital after a crash on the A39 near Wadebridge, with serious injuries. And back in April, a well-known biker couple were killed in a crash when a drunk driver struck them, also on the A39.

The video, while centring around bikers speeding, was posted in a local Facebook group and kicked off a discussion about both bikers slowing down – and car drivers respecting the two-wheelers more.

After the string of deaths, police and crime commissioner Alison Hernandez added in June: “Motorcyclists do not have the benefit of being enclosed in a steel cage for their safety and this makes them extremely vulnerable on the roads. We know the South West is an amazing location for bikers with so much beauty on our doorstep. While most motorcyclists ride safely, unfortunately we are seeing some who do not.

“I want all motorcyclists to enjoy their ride and everything that Devon and Cornwall has to offer, but please make sure you do it safely and return home to your loved ones at the end of the day.”