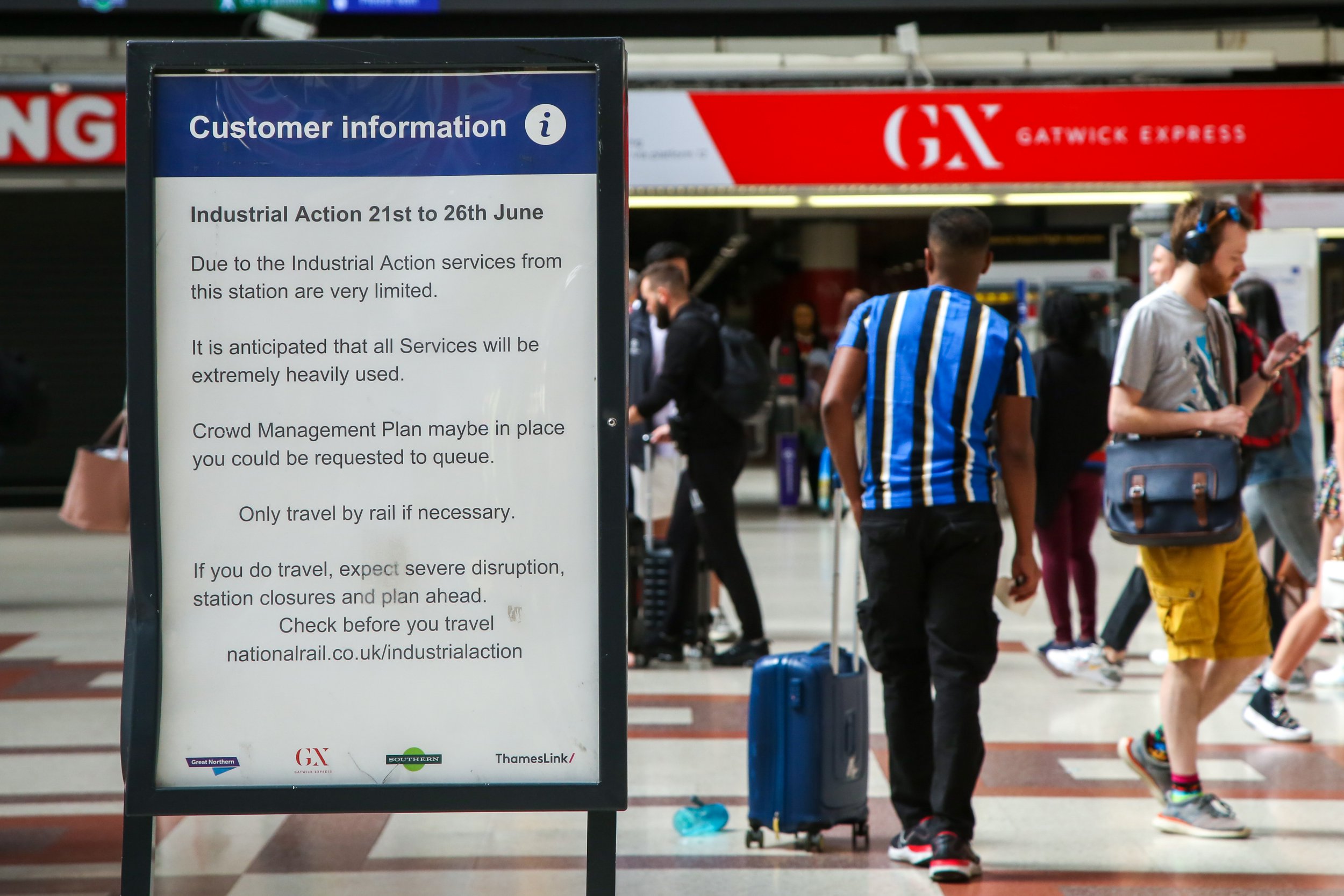 Britain’s rail network will go into shutdown on July 27 when workers at rail operators and Network Rail stage a 24-hour strike.

The industrial action, held in the height of the summer holidays, is over a dispute over pay, jobs and conditions, the RMT union said.

Little progress has been made since RMT members staged three 24-hour strikes last month, which brought parts of the country to a standstill.

Union leaders announced the upcoming walkout after rejecting a new offer today from Network Rail, which they described as ‘paltry’.

The offer was for a 4% pay rise backdated to January, another 2% next year and a further 2% conditional on achieving ‘modernisation milestones’.

The RMT said it has yet to receive a pay offer or guarantees over job losses from the train operating companies.

Union members were previously offered ‘a two-year deal worth over 5%’ with ‘more for those paid under £30,000’.

But the RMT said the offer amounted to a real-terms pay cut and would cut a third of frontline maintenance roles and half of scheduled maintenance work.

They are expected to hold talks together in the coming days, with the possibility of co-ordinated walkouts.

RMT general secretary Mick Lynch said: ‘The offer from Network Rail represents a real terms pay cut for our members and the paltry sum is conditional on RMT members agreeing to drastic changes in their working lives.

‘We have made progress on compulsory redundancies, but Network Rail are still seeking to make our members poorer when we have won in some cases double what they are offering, with other rail operators.

‘The train operating companies remain stubborn and are refusing to make any new offer which deals with job security and pay.

‘Strike action is the only course open to us to make both the rail industry and Government understand that this dispute will continue for as long as it takes, until we get a negotiated settlement.

‘The public who will be inconvenienced by our strike action need to understand that it is the Government’s shackling of Network Rail and the TOCs that means the rail network will be shut down for 24 hours.’

The RMT held three strikes last month which crippled services across the country.