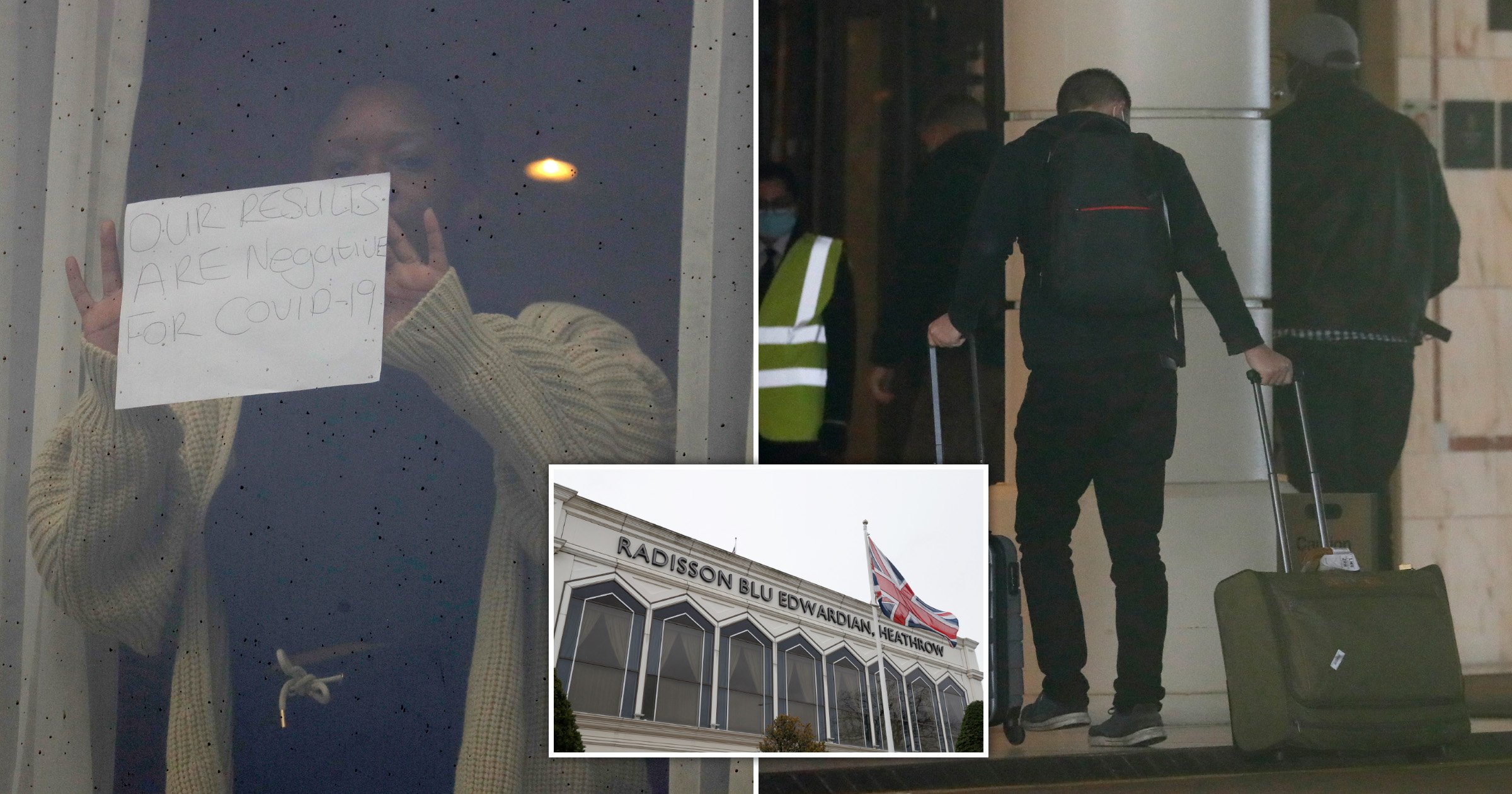 A midwife returning to the UK after her mother’s death will have to isolate for 10 days in a London hotel because there is no approved accommodation in Manchester.

Clare Davis, 44, said the Government’s quarantine arrangements are ‘inhumane’ as she returned from the United Arab Emirates after her grandmother passed away on Saturday.

She had wanted to travel directly to Manchester but has found that no accommodation is available, so she will have to spend 10 days in a hotel near Heathrow.

Clare, who spent a decade working for the NHS before moving to Abu Dhabi, told Metro.co.uk she had to rebook her flight because of the rules.

Her mother, Joan, 68, passed away in North Manchester Hospital after suffering a cardiac arrest.

The ex-pat discovered the news unexpectedly at the weekend after returning from a night shift to a message from a carer who had been looking after her mother, asking her to call back urgently.

Clare said: ‘I was unable to get a direct flight into the UK. I had booked a flight into Manchester assuming that because it’s the third biggest airport in the UK Government quarantine would be available, but when I found out there were no hotels I had to cancel the flight.

‘I didn’t get the money back, only a voucher. I then booked another flight to Heathrow and paid the £1,750 for the hotel.

‘I’m an only child and I will have to go and grieve in the hotel for ten days. Even at the best times you would struggle with anxiety in that situation but at this time there are a plethora of issues.

‘I contacted the British Embassy who said there are no exemptions for bereavement and end-of-life care and it is down to the Department for Health in the UK.’

Clare said she has returned 25 consecutive negative Covid tests under weekly testing in the UAE, which is on the ‘red list’ of 33 countries from where passengers must go into quarantine on arrival in England.

The mother-of-four flew into Frankfurt, Germany, and is due to land at Heathrow tonight, from where she will be escorted to the Radisson Blu Edwardian, where other travellers are in the first week of quarantine.

Clare, originally from Manchester, said she will be dropped back to Heathrow after the isolation period, from where she can make her onward journey.

She said: ‘The last few days I have not been able to grieve at all because I’ve been fighting to get back. I have paid for two flights and while it’s not about the money, what if I couldn’t afford the extra costs?

‘It makes no sense when Manchester is the biggest airport outside of London. I looked at Birmingham because it was closer but there were no flights so I had to book for Heathrow.

‘There’s no helplines, they don’t respond to emails and there’s no infrastructure to support it.

‘It’s inhumane, because to grieve is one thing, but to grieve in an isolated hotel room away from your family where I’ve got no control over my mum’s final arrangements is another.

‘I don’t know what will happen with seeing my mum one last time or with the funeral arrangements. I’m just fighting to get to the end of it.’

Criticism has been levelled at the Government over the lack of northern quarantine facilities.

Dr Steven Freudmann, Chairman of the Institute of Travel and Tourism, told Metro.co.uk yesterday that it is ‘yet another example’ of the Government failing ‘to think of the details’.

Manchester Airport remains open for freight activity and essential travel for those not returning from countries on the list.

A spokesperson said: ‘We continue to work closely with the Government to understand how the managed quarantine policy might be implemented, and the process for handling “red list” passengers travelling through our airport.’

The official Government website states that ‘other ports of entry may be added in the future’.

Metro.co.uk has approached the Department of Health for further comment.