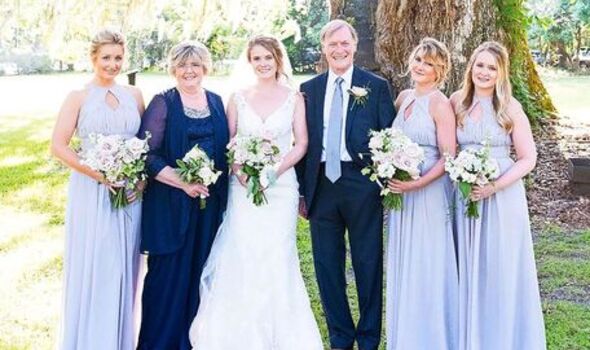 Ali Harbi Ali stabbed Sir David 21 times at a constituency surgery. Sir David’s family said they were heartbroken knowing the veteran Tory would have “greeted the murderer with a smile of friendship and would have been anxious to help”.

His wife Lady Amess said: “How sickening to think what happened next. It is beyond evil.”

Ali, 26, grinned as he was led off to begin his whole life term. Mr Justice Sweeney said witnesses described the assassin as “smug and self-satisfied” after the attack.

The judge added: “The defendant has no remorse or shame for what he has done – quite the reverse. This is a murder that struck at the heart of democracy.”

Ali killed Sir David “for the purposes of terrorism” to advance a religious or ideological cause, the Old Bailey heard.

Mr Justice Sweeney said: “This is an exceptional case…just punishment requires the imposition of a whole life order, such that the defendant must be kept in prison for the rest of his life.”

Ali’s “cowardly refusal to face up to his guilt” had put Sir David’s “dignified” family through the added ordeal of a trial, he added.

Boris Johnson said the Government “will never allow those who commit acts of evil to triumph over democracy” as he welcomed the whole life sentence.

The Prime Minister tweeted: “We will cherish Sir David Amess’ memory and continue his legacy.

My thoughts remain with [Sir David’s wife] Julia, the Amess family and all those who knew and loved him.”

Home Secretary Priti Patel said: “This attack on our democracy, which took the life of a man who so many held so dear, is deserving of the whole life order.”

Sea, Essex, last October before he was floored by unarmed policemen. Despite medics’ efforts, the father-of-five bled to death.

In a statement read by Met Assistant Commissioner Matt Jukes outside the London court, his widow revealed the impact.

Lady Amess said: “There is no elation in our family today. Our amazing husband and father has been taken from us in an appalling and violent manner. Nothing will ever compensate for that. We will struggle through each day for the rest of our lives. We will forever shed tears for the man wg we have lost. We shall never get over this.

“Our thanks go to the police and legal team who worked so tirelessly. Somehow, we now have to move on with our lives although none of us really knows where to begin.”

Mr Justice Sweeney said: “Sir David was a man of the greatest substance. He had done nothing to justify the attack. He had devoted 38 years of his life to the lawful service of the public.”

Ali had planned to attack other politicians, including Cabinet minister Michael Gove. He murdered Sir David after he joined hundreds of MPs in backing the bombing of terrorists in Iraq and Syria in 2014 and 2015.

The radicalised student had dreamed of being shot dead by police and being a martyr for Isis militants. But he was arrested by two plainclothes officers after he killed Sir David and threatened two brave witnesses.

Mr Justice Sweeney imposed a whole life order for the murder and a life sentence, with a 30-year minimum, for the terrorist offence.

The Daily Express columnist said: “You are not only saving the potential victim, you’ll be doing your relative a favour.”