The heartbroken family of Sir David Amess comforted each other today as they read messages on floral tributes left outside the church where the MP was stabbed to death.

Dad-of-five Sir David, 69, was attacked during a constituency surgery in Leigh-on-Sea, Essex, on Friday afternoon.

His widow, Julia, wiped tears from her eyes during the emotional visit to Belfairs Methodist Church, where the attack took place, on Monday morning.

The group of six, accompanied by the church’s minister Clifford Newman, spent more than 15 minutes looking through the piles of messages left by well-wishers.

They put their arms around one another and held hands at points.

The group later bowed their heads and formed a semi-circle around the churchman as he gave a short private address.

Mr Clifford hugged Lady Julia afterwards, speaking to other members of the group and shaking their hands as they departed. They left without speaking to reporters. 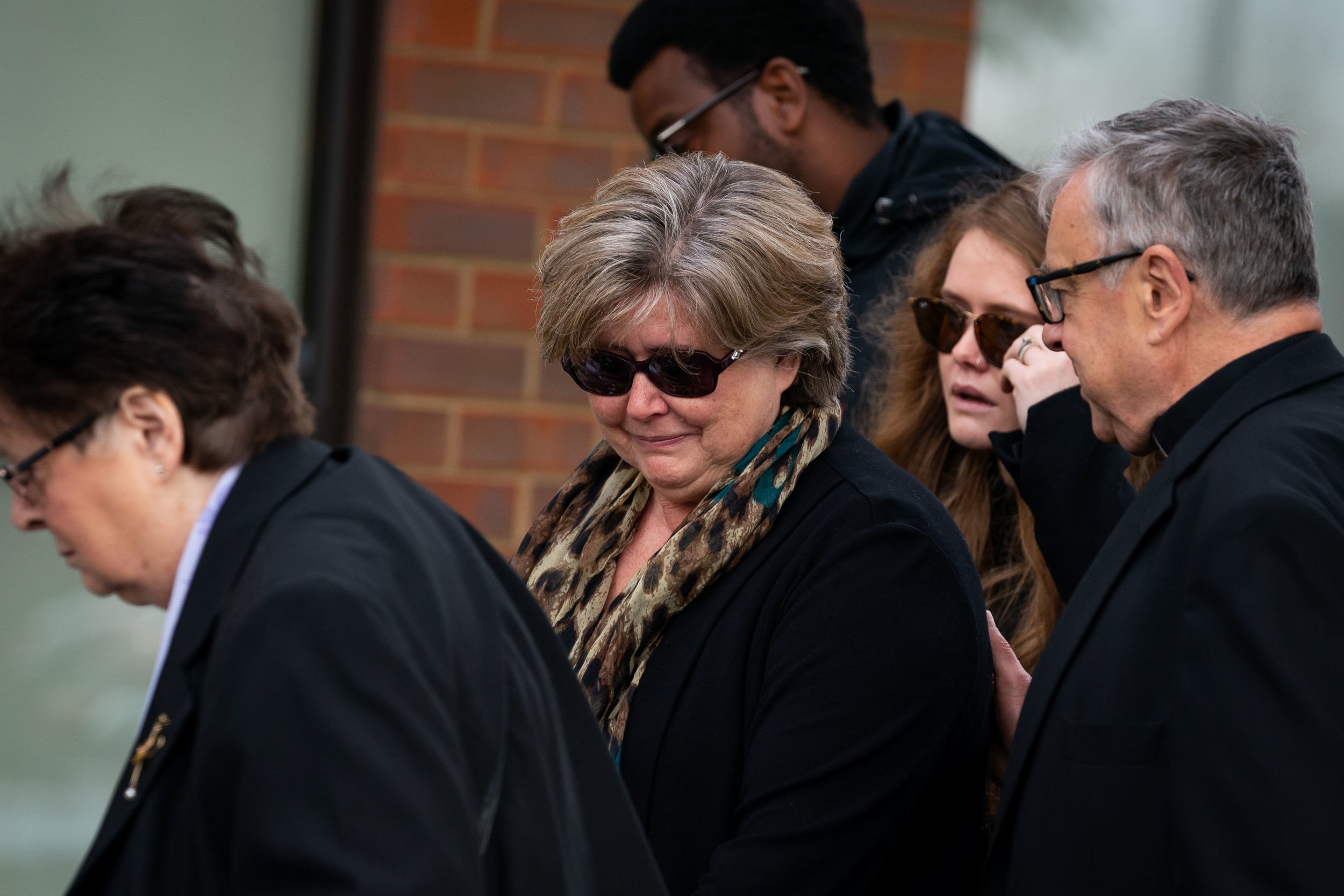 Large piles of tributes – including flowers, heart-shaped balloons and framed pictures – have been left on either side of the front door of the church where Sir David was killed on Friday.

Sir David, who leaves behind four daughters and one son, was fatally attacked while meeting constituents.

In a statement on Sunday, his distraught family said they were ‘absolutely broken’ by his death but ‘will survive and carry on for the sake of a wonderful and inspiring man’.

The statement said: ‘Strong and courageous is an appropriate way to describe David. He was a patriot and a man of peace.

‘So, we ask people to set aside their differences and show kindness and love to all. This is the only way forward. Set aside hatred and work towards togetherness.

‘Whatever one’s race, religious or political beliefs, be tolerant and try to understand.

‘As a family, we are trying to understand why this awful thing has occurred. Nobody should die in that way. Nobody.’

A 25-year-old man, who has been widely named in the media Ali Harbi Ali, was arrested at the scene on suspicion of Sir David’s murder and remains in police custody.

He has been detained under Section 41 of the Terrorism Act 2000 and detectives are expected to continue to question him until Friday after a warrant of further detention was granted.