A stolen car used by the killers of an NHS worker seconds from his east London home is being hunted by police.

David Gomoh, 24, was stabbed to death in what police called a “totally unprovoked attack” in Freemasons Road, Newham, just before 10.30pm on Sunday by masked attackers.

A key worker who was keeping NHS staff supplied with essential equipment, Mr Gomoh’s mother is a labour ward matron at Newham University Hospital and his father had died from cardiac arrest after contracting COVID-19 in early April. 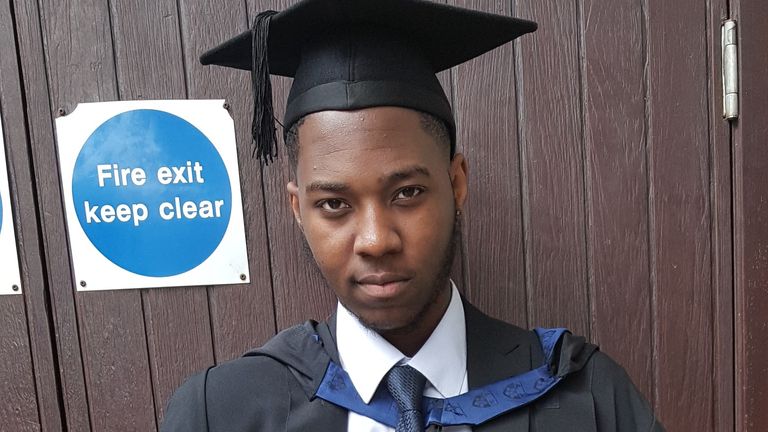 Investigators are now looking for witnesses who saw a silver Dodge Caliber found abandoned minutes after the stabbing, half a mile away in Lincoln Road, Plaistow.

It had cloned number plates and was seen being driven through a no entry sign from Cumberland Road.

The car was stolen in Dagenham on 16 April and was distinctive as it had a temporary front wheel on the passenger side.

Detectives said Mr Gomoh was not involved in any arguments and there is nothing in his background which gives any reason for why he was singled out.

He was talking on the phone to a female friend when he was stabbed.

Mr Gomoh’s father’s funeral had been due to take place today.

An appeal has been set up on GoFundMe to help the family with funeral costs.