Nicola Sturgeon insisted Scotland’s second referendum on independence “must happen next year”. Speaking to delegates at the SNP’s annual conference in Aberdeen yesterday, the First Minister said she was “sick” of Westminster, and Brexit, and confirmed that she would be demanding “the transfer of power that puts the legality of a referendum beyond any doubt” within the next 11 weeks. Delegates took to their feet in a lengthy standing ovation after the announcement.

The first Scottish referendum, on September 18, 2014, rejected independence by 55 percent to 45 percent.

The timing of the first referendum was set through the Edinburgh Agreement, which set a date “before the end of 2014”.

The First Minister will try to trigger a second referendum with something called a ‘Section 30 order’, which is a power under Section 30 of the 1998 Scotland Act.

In her keynote speech, Ms Sturgeon went on to say that an independent Scotland, as part of the European Union, would have a “unique advantage” which could make it a “magnet for global investment”. 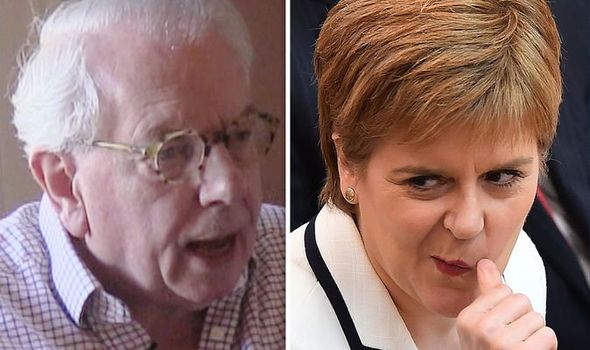 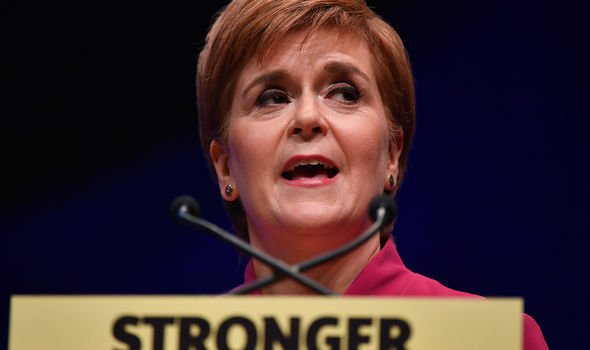 The leader’s words came after a poll for The Sunday Times Scotland found that 45 percent of Scots believe the country would be better off independent and in the EU as opposed to 35 percent who disagreed.

In an interview with Express.co.uk, famed constitution historian David Starkey claimed the break-up of the Union, with an independent Scotland, would be a “tragedy”.

He explained: “I think the best speech on the subject of the Union was given by the first King of England and Scotland, James VI of Scotland and James I of England, to the English Parliament, which rejected the Union.

“The problem with Scotland has always been that you have got a big country, England, and one small country, Scotland. 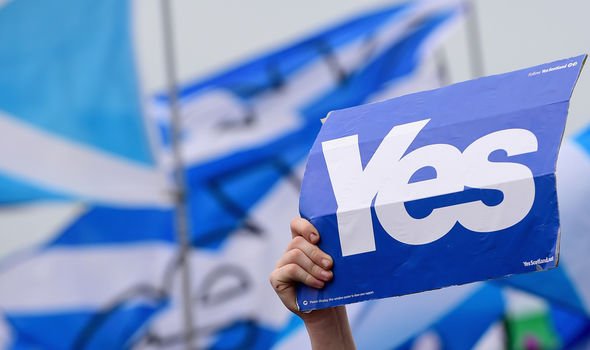 “You cannot have a Union of equals.

“What he said in the speech is truly remarkable, which is something Rory Stewart also said.

“We speak more or less the same language, we have the same religion, the same pattern of Government. 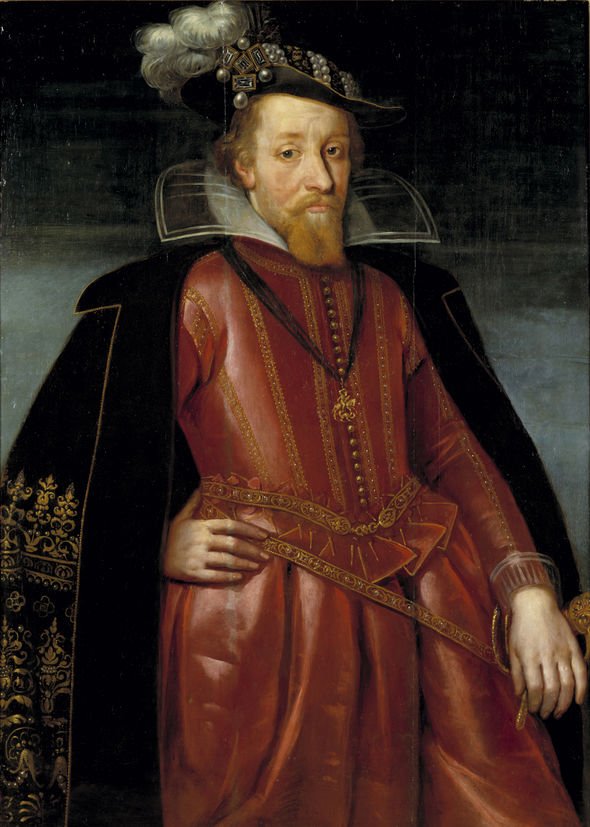 “Except Scotland was a small state, and England a big state.

“Together their enterprise of Britain from 1707 has been probably the most successful state that the world has ever known.”

Even though Mr Starkey admitted he understands why it could happen, he noted: “I think to tear it up would be an act of shocking vandalism.”