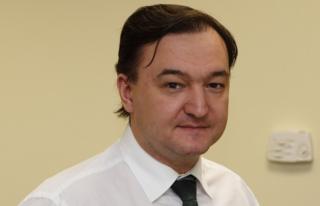 Russia has been condemned for “multiple violations” by the European Court of Human Rights in the case of whistleblower Sergei Magnitsky, who died in jail in November 2009.

The case was taken up by Magnitsky himself and his death prompted a US law enabling sanctions against Russians suspected of rights violations.

He was detained in 2008 after reporting fraud by Russian tax officials.

Judges in Strasbourg found that he was ill-treated by guards and denied care.

Moscow tax auditor Sergei Magnitsky had been advising the biggest foreign investment firm in Russia, London-based Hermitage Capital Management, when he alleged the theft of $230m (£185m; €206m) by tax officials. The ownership of three of Hermitage’s subsidiaries had mysteriously changed and a tax rebate had been paid out.

The whistleblower himself was placed under arrest in November 2008 for alleged complicity in tax evasion. His pre-trial detention was extended several times and he died aged 37 in detention on 16 November 2009, after repeated pleas for medical help.

Cause of death was given as toxic shock and heart failure brought on by pancreatitis. His condition had been diagnosed by a prison doctor but not treated. Guards also beat him with a rubber truncheon, causing several injuries.

An initial investigation by Russia’s Presidential Human Rights Council concluded he had been severely beaten and denied treatment.

His death led to an international outcry, but Russia went ahead with a posthumous trial of Magnitsky and in July 2013 he was found guilty of tax evasion.

After his death, the case was taken up by both his widow, Natalya, and his mother.

The human rights court has taken more than 10 years to reach a verdict. One court spokesman said some cases did take a long time if difficult circumstances were involved.

What has the court ruled?

The verdict of the ECHR’s Chamber is that several articles of the European Convention on Human Rights have been violated:

However, the court rejected a complaint that his arrest and detention were ill-founded.

Russia can appeal against the ruling, which requires the state to pay Magnitsky’s widow and mother €34,000.

The Russian ministry of justice said it would decide in the coming months whether to make an appeal. It also stressed that no violation was found in connection with Magnitsky’s arrest and detention, and there was no ruling requiring a review of the subsequent court case.

What reaction has there been?

James Goldston, who presented the case to the ECHR, said Magnitsky and his family had finally been given “some measure of justice” from the system of laws in which he had placed his faith.

For years Bill Browder, the owner by the head of the Hermitage Capital investment firm he was advising, has campaigned for justice for Magnitsky.

Describing the ruling as a resounding victory against the Russian government, Mr Browder said it “completely destroys the lies and propaganda about Sergei Magnitsky”.

He spearheaded the US Magnitsky Act in December 2012 which enabled the US to withhold visas and freeze assets of Russia officials allegedly involved in human rights violations. Similar legislation has been passed elsewhere, including in the UK, Canada and the three Baltic states.