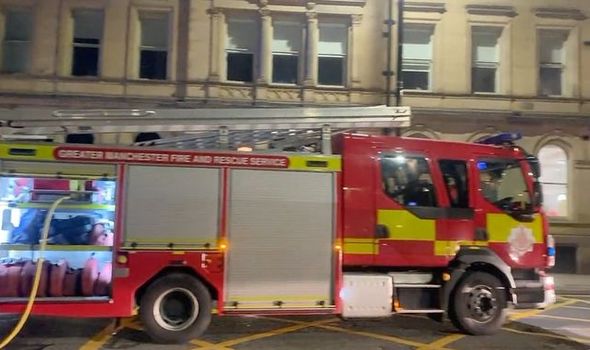 Emergency services were called to the scene near the One Six Eight bar in the Deansgate area of the city following initial reports that people were trapped in a below street level bar. All staff and members of the public were evacuated with two taken to hospital to be treated for smoke inhalation, according to Manchester Evening news

A spokesperson for Greater Manchester Fire and Rescue Service said: “Shortly after midnight on January 1, 2022, we received reports of a fire in the basement of a four-storey commercial building on Deansgate.

“Ventilation is currently in progress following the evacuation of approximately 170 people.

“Three men have been treated for smoke inhalation by North West Ambulance Service, two of which have been taken to hospital.

“Crews are looking into the cause of the fire and remain at the scene.”

Local councillor Pat Karney said: “There was a fire in this venue just after midnight. There was a full evacuation with minor injuries.”

Mr Karney also promised a full investigation into the fire.

He said: “We will mount an investigation into what caused this fire.

“All fires have to be taken seriously and lessons learnt quickly.”

Unconfirmed reports suggest that sparklers attached to balloons and drinks may have started the fire.