Within three decades a second global war had erupted and there have been countless other conflicts in every corner of the planet from the Middle East to Africa, from Europe to Asia and beyond.

Often these wars are between rival government forces.

Other times they include rebel militias.

Sky Views: Courage and carnage of WW1, one tweet at a time 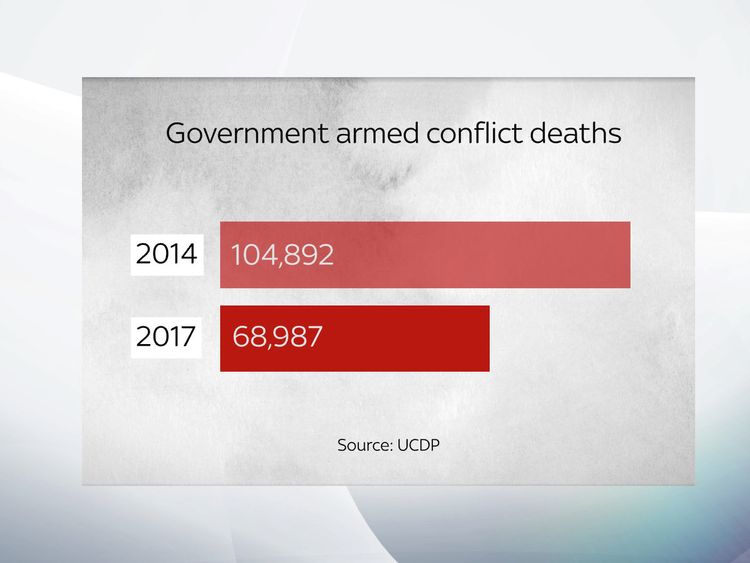 What has changed over the past 100 years is the size of the militaries involved and the number of people killed, with both going down.

But deaths from conflict are still high.

According to one academic study, 2014 saw the largest number of people killed in armed conflict in a year since the Second World War – with almost 105,000 recorded deaths from different conflicts including in Syria, Iraq, Yemen and Ukraine. 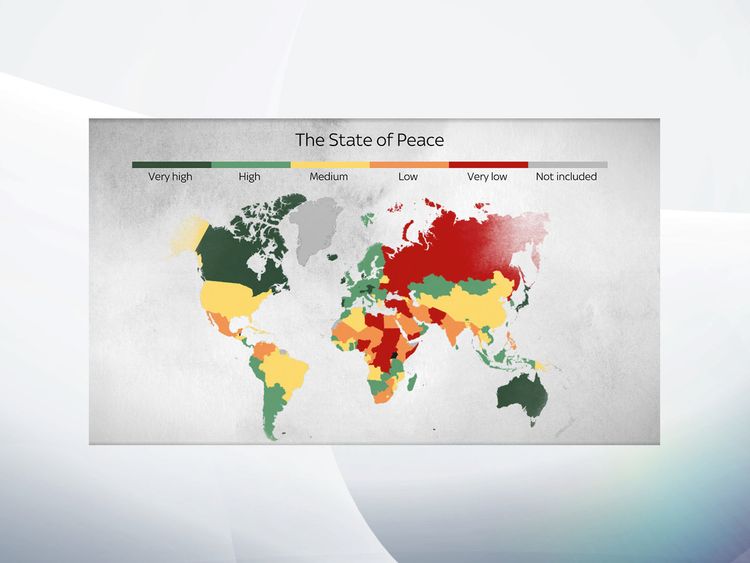 Last year the total number of deaths from armed conflict was recorded at almost 69,000 by the Uppsala Conflict Data Programme at Uppsala University in Sweden.

Another change is the increase in deaths caused by terrorist groups such as Islamic State and other so-called non-state actors. 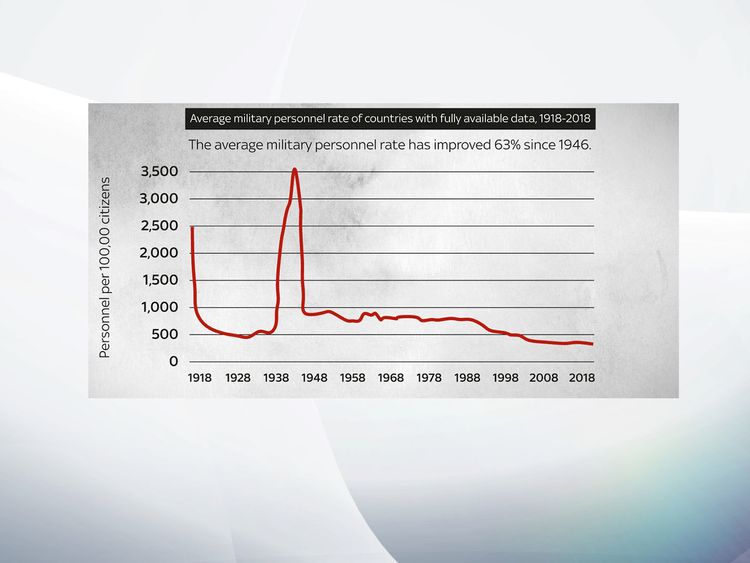 Also deaths caused by government forces or rebel groups attacking civilians are on the rise.

The number of trained servicemen and women has shrunk markedly over the past century.

The size of a country’s armed forces is one marker the Institute for Economics and Peace uses to measure how peaceful the world is.

Of the major powers involved in World War One, the UK is now the 57th most peaceful nation out of 163 ranked on the institute’s Global Peace Index.

The most peaceful region in the world is Europe.

Something that would have seemed unimaginable 100 years ago.