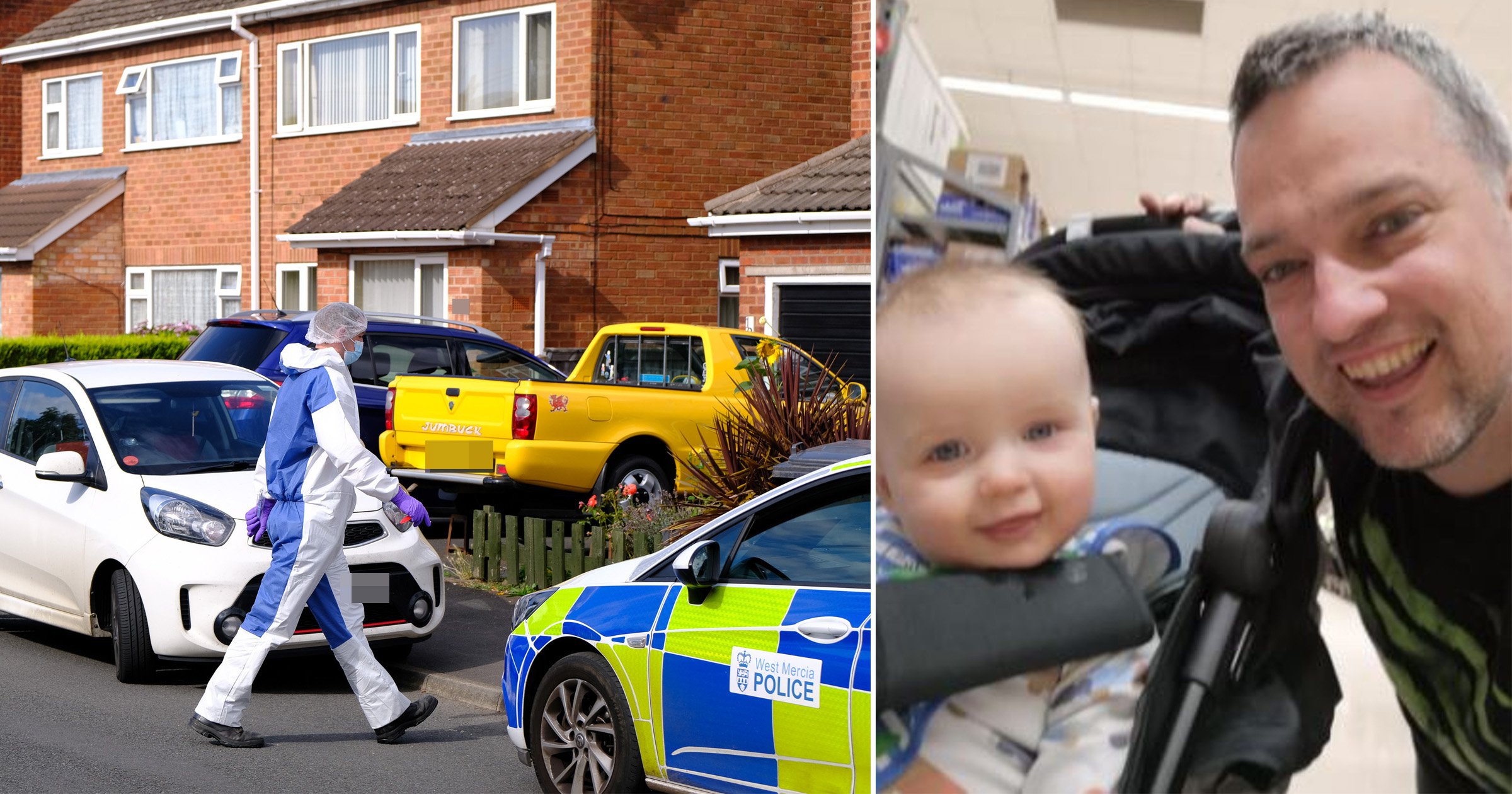 A serving police officer found dead alongside his three-year-old son is suspected of murdering the boy before taking his own life.

The deaths of Detective Constable David Louden, 39, and young Harrison at their home in Kidderminster, Worcestershire last week are now being treated as a suspected murder-suicide.

Post-mortem examinations indicated no other parties were involved in their deaths, West Mercia Police said on Wednesday.

An inquest will now be held to determine how they died.

DC Louden’s colleagues arrived at his home on Cairndhu Drive at 9.20am on Saturday to find him and his son dead.

The late officer’s wife and wider family expressed ‘deep shock, grief and devastation’ in the aftermath of their loss.

In a statement, they said: ‘David was a kind, loving, considerate, amazing father, husband, son, brother, uncle, friend and colleague.

‘Harrison was a happy, well-loved little boy. They will both be forever missed and loved.’

Louden was believed to have served as a detective focusing on burglary gangs and drug offenders for several years.

Assistant Chief Constable Damian Barratt said: ‘David Louden and his three year-old son, Harrison, were tragically found dead at their home in Kidderminster on Friday 13 August 2021. At the time the deaths were treated as unexplained and investigation was launched into the circumstances.

‘We, West Mercia Police, are now treating the death of Harrison as a suspected murder and the death of David as a suspected suicide. Post mortems have now taken place and the investigation team, in conjunction with the Coroner, are satisfied that no other parties were involved.

‘However, safeguarding reviews are now underway and there will be an inquest to provide an official determination, so we are unable to comment any further at this time in relation to the circumstances or the investigation.

‘This is a dreadfully sad case and our thoughts are with David and Harrison’s family and friends.

‘They have requested that they be allowed to grieve and will not be providing any further comment to the media at this time.’