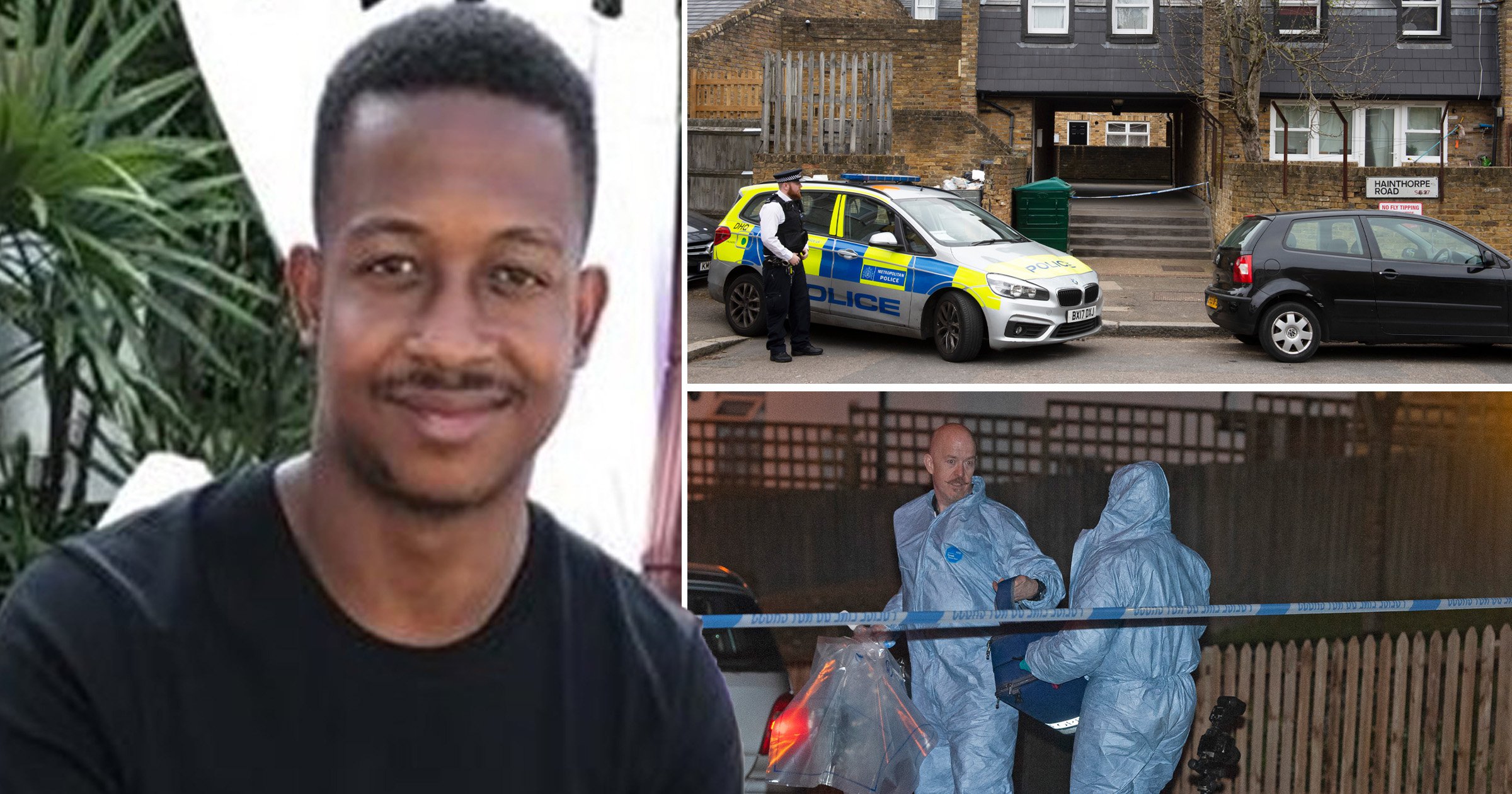 A trial is under way over the death of a debt collector in a ‘deliberate, planned and cold-blooded execution’.

Ramane Wiggan, 25, was shot from behind after being lured to a block of flats in South London on March 27, 2019.

One of the bullets from the Glock pistol went straight through his chest, killing him within minutes.

Jurors at the Old Bailey were told the victim had gone to meet his alleged killer, Kaine Gilead, to collect a debt of £10,000.

The 25-year-old from, Surrey denies the single charge of murder against him.

Detectives have used mobile phone data to try and build a picture of what happened that day.

Two people in motorcycle helmets were directly involved in the shooting and had travelled to and from West Norwood on a Piaggio Beverly moped, jurors heard.

Prosecutors say Mr Gilead went into hiding in Liverpool and allegedly went to some lengths to avoid detection.

Gilead had three mobile phones, according to the prosecution, one of which was only ever used on the day of the shooting, which investigators say link him to the scene.

The debt collector’s last phone call was to that phone, just a few minutes before he was shot dead, the court heard.

Cell site analysis also allegedly placed the defendant’s phone in the area around 15 minutes before the killing.

Duncan Atkinson QC said: ‘The prosecution case is that this defendant is caught in this web of evidence and that analysis of CCTV, telephone and cell site analysis show him to have played an important part in the deliberate, planned and cold-blooded execution of Ramane Wiggan.’

The prosecutor said that Mr Wiggan was ‘executed as a result of a deliberate plan of a group of people almost certainly in connection with their involvement in the supply of, and debts relating to, drugs’.

Because they took precautions to conceal their involvement it was not possible to say ‘with certainty’ who ordered the killing or who fired the fatal shot, jurors were told.

Mr Atkinson said: ‘The evidence does, however, demonstrate that Kaine Gilead played an integral part in this murder.’

The prosecutor said the location of the killing was not covered by CCTV and was chosen for ‘pre-planned operation’ because the attackers were unlikely to be disturbed there.

Jurors were told that much of the evidence was not disputed and the issue in the case was its interpretation and the conclusions that could be drawn from it.