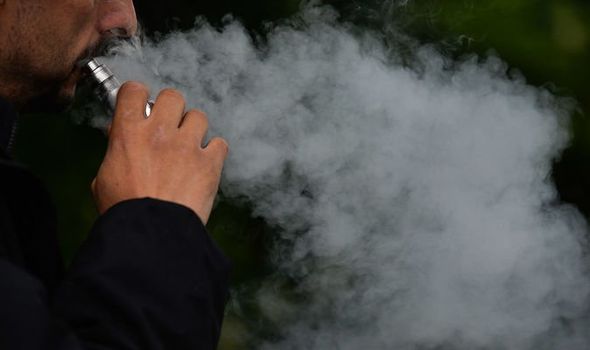 Leaked papers reveal the organisation, which is already under fire for its COVID-19 response, looks set to urge countries to take an aggressive anti-vaping stance at an upcoming summit. The MPs view the WHO report as a threat to what has been one of Britain’s biggest health success stories – a strategy of using vaping to help smokers quit.

Research by British scientists has shown vaping is the most popular and successful aid used by smokers to ditch cigarettes.

Now that Britain is no longer bound by EU laws it can choose to ignore any WHO diktat telling countries to treat vaping like smoking.

And the report by MPs urges the Government to use its new-found Brexit freedom to do precisely that.

But it also calls on the Government to cut its funding of the WHO “drastically” because its irresponsible anti-science stance on vaping could cost lives.

Britain leads the world in using e-cigs as a quitting aid, with around three million current vapers having either successfully used it to give up smoking or currently using it to help wean them off.

The British model of using vaping to reduce smoking has already been successfully adopted by France, where e-cigarettes have helped more than 700,000 give up, New Zealand and Canada.

The All Party Parliamentary Group on Vaping launched a four month inquiry ahead of a WHO global conference on tobacco and vaping in the Netherlands in November.

Their damning report hits out at the WHO body in charge of smoking and vaping policy – the FCTC Framework Convention on Tobacco Control (FCTC).

It concludes the UK should cut its funding “drastically” unless the organisation backs the science and accepts vaping is a safe and effective way of helping smokers quit.

MP Mark Pawsey, the chairman of the APPG for Vaping, said: “There is no doubt that the WHO has developed a negative stance in relation to vaping over recent years.

“We wanted to evaluate whether it remained fit for purpose in an evolved landscape where new technology has enabled new harm reduction strategies.

“One of the founding pillars of the Treaty the UK signed up to nearly 20 years ago was that of harm reduction.

“If the WHO is opposed to adhering to this and continues to pursue an agenda-driven approach to ban less harmful alternatives to smoking, then the UK should consider dramatically scaling back our funding.

“The UK has a unique opportunity to champion its progressive, successful and evidence-based, domestic policies on the Global Stage.

“We are a world leader in tobacco harm reduction, and we call on the Government to defend the UK approach, challenge the WHO to stub out their ban on vaping, and help return the FCTC to its founding pillar of harm reduction.”

The MPs’ report concludes the UK should use its post-Brexit freedom to defy any WHO call to clamp down on vaping and forge our own path in terms of domestic legislation to reduce the number of smokers.

Leaked papers suggest the WHO is looking at treating vaping/reduced-risk products in the same way as they do combustible products and urging countries to take a hostile stance to it.

MPs – including Viscount Ridley, a vocal advocate for reduced harm alternatives – have called on the Government to intervene if they don’t see a change in the approach from the WHO.

The UK has pledged £340million to the WHO over the next four years which would make it the largest state donor, and £375,000 specifically to the FCTC.

The MPs’ 25-page report calls on global Britain to lead the world in the fight to end smoking by championing and helping to roll out its proven, evidence-based domestic policy of adopting vaping to help smokers switch on the world stage.

It also says the UK Government should send a delegation of British scientists and ex-smokers who used vaping to quit to attend November’s conference to convince WHO bureaucrats they are on the wrong side of the argument – and warn their approach is killing people.

The APPG has also written to Public Health Minister Jo Churchill with their findings and requested a meeting to discuss their recommendations.

Public Health England says vaping is 95 percent safer than smoking, and the NHS and Ash both endorse it as the most effective way of helping smokers quit, with millions of lives being saved by countries that have followed Britain’s lead.
Source: Read Full Article