Britain has been forced to push back plans to start vaccinating those under 50, a delay that underscores the difficulties of sourcing supplies at a time when fears of vaccine nationalism are growing. 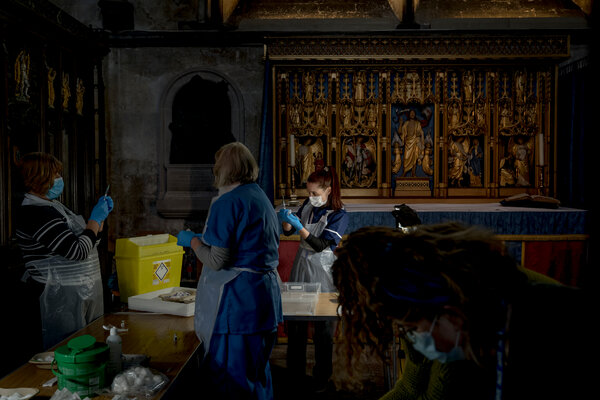 LONDON — Britain’s speedy Covid-19 vaccination program has been dealt a blow by a delivery delay of millions of doses ordered from India, a setback that illustrates the fragility of global supplies and underscores fears that an exit from the pandemic could be hampered by vaccine nationalism.

News of a shortfall that will slow the British vaccine roll out came amid a bitter dispute over supplies between London and the European Union, and a veiled threat from the bloc to use “whatever tool” is necessary to make sure Europe gets its “fair share of vaccines.”

Although the death toll from Covid-19 in Britain now exceeds 125,000, the government of Prime Minister Boris Johnson has outpaced the rest of Europe with a vaccination program that has already provided first doses to more than 25 million people.

But that giddying pace is set to slow as a result of the delay in the delivery of about 4 million doses from India, underscoring the extent to which even successful vaccination programs are at the mercy of supply chains.

That delay, and a technical issue with a separate batch of 1.7 million doses from an undisclosed supplier, has pushed back plans to start vaccinating those aged less than 50 until May, a month later than many had expected.

Given the breakneck start to its vaccination program, Britain’s government said it was confident of hitting a target of reaching the most vulnerable people and all those over 50 by mid-April, and all adults by the end of July. 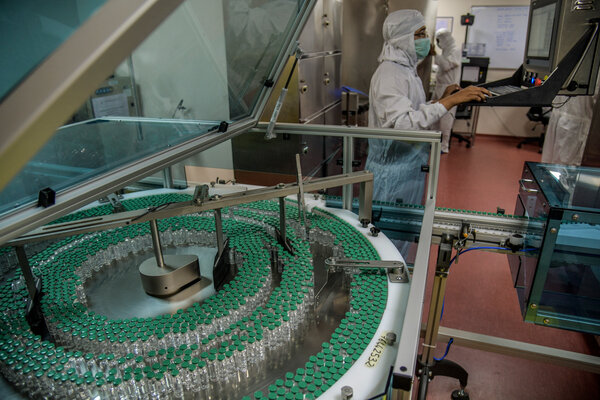 Still, on Thursday, there was a marked change of tone from the health secretary, Matt Hancock, who on Wednesday had brushed aside concerns about vaccine supplies.

“In the last week, we have had a batch of 1.7 million doses delayed because of the need to retest its stability,” Mr. Hancock told lawmakers without specifying the source of the doses, “and we have a delay in the scheduled arrival from the Serum Institute of India.”

In April, Britain will concentrate on completing vaccinations of those 50 and above, and those who have medical conditions, as well as administering a second shot to 12 million people who were the first to be treated. That is a priority because the second injection needs to be done within 12 weeks of the first inoculation, Mr. Hancock said.