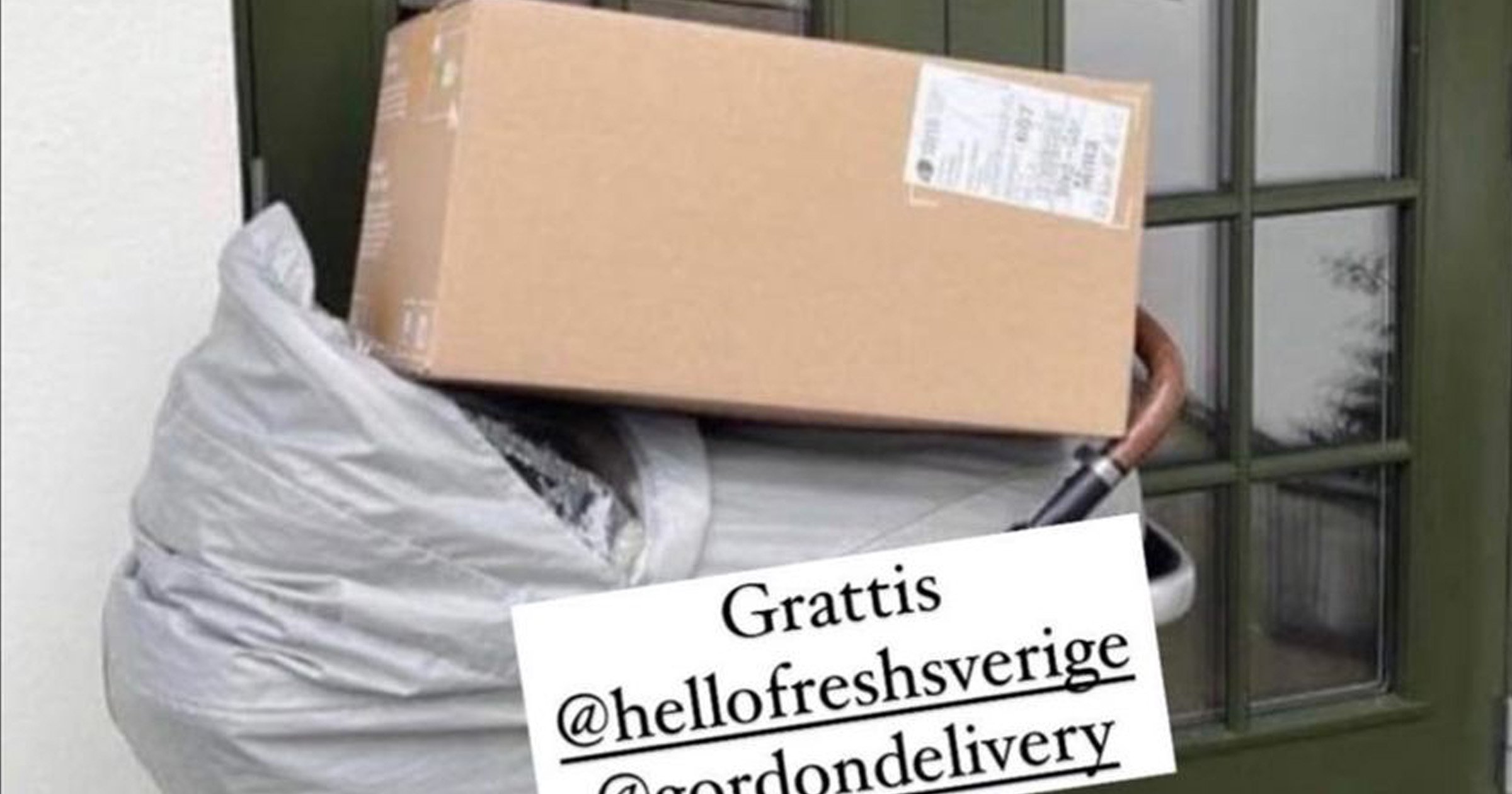 A mum was left stunned after she found her missing parcel resting on top of her baby in their pram outside her house.

The unnamed woman posted online and said her child had been left in a pushchair outside the front door, and after expecting a delivery she went out to find her food package on top of her sleeping baby.

The mum from Sweden said the large cardboard box of food from Hello Fresh almost ‘crushed’ her baby.

She wrote on Instagram: ‘Congratulations…You crushed a sleeping baby in its pram with a 10kg parcel, and have no shame. Thank God the baby is OK! Never again!’

Camilla Gervide, a blogger who shared the case on her website Bloggbevakning (Blog Report), said that the woman had called the logistics firm responsible, Gordon Delivery, and was initially offered 250 Swedish kronor (£20) in compensation.

The company said its courier was shocked when he was informed of the mistake.

‘When no one opened up, the driver wanted to leave the parcel on the doorstep, but he thought the surface was too damp,’ Mikael Sahlsten, a spokesman for the business, told the Aftonbladet newspaper.

‘So he thought the pram would be more practical. He didn’t see the baby. The mother called us immediately and we made contact with the driver right away.

‘He was very sorry about the whole thing. He drove back to the customer and apologised with flowers and pralines. He also wanted to know how the child was doing.’

In a subsequent Instagram post the mother wrote that the courier had been ‘almost in tears’ when he knocked on her door to apologise.

She has since been given two free deliveries to make up for the incident.

The custom of leaving babies alone outside is fairly widespread in Sweden and other Nordic countries, even in relatively cold weather.

Parents have traditionally been encouraged to expose their infants to fresh air in the belief that they sleep longer and develop stronger immune systems.

However, there is little conclusive evidence that this makes children healthier.

Have you ever had a dodgy delivery? Or did a courier leave a parcel in a bizarre place? Maybe your Christmas presents were left on the roof, or a birthday gift was thrown over your wall?