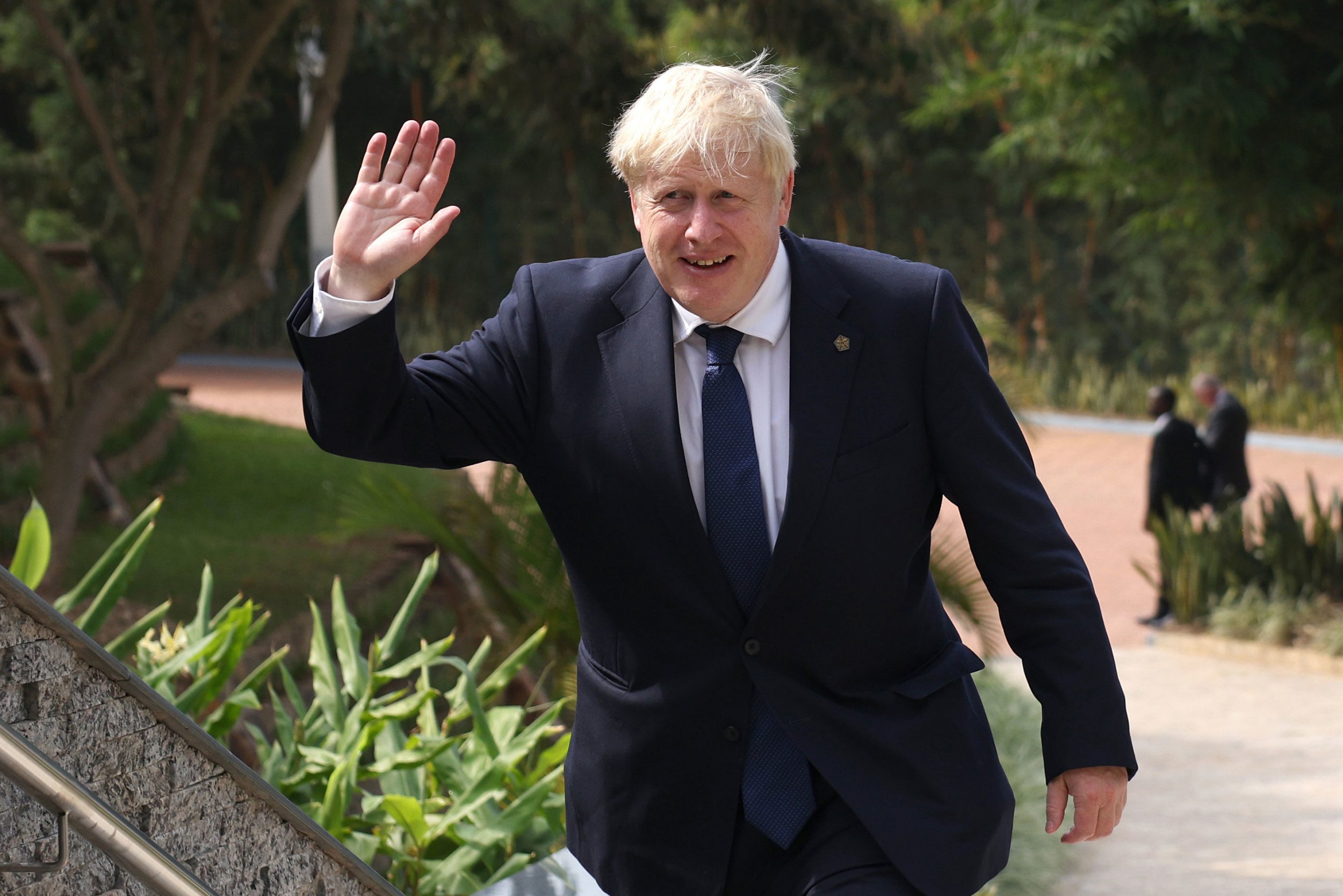 Boris Johnson was branded ‘delusional’ by senior Tories last night after saying he was ‘actively thinking’ about a third term.

The prime minister said he was planning on fighting the next two elections, in a run that would see him outlast Margaret Thatcher’s 11-year reign and become the longest-serving post-war leader.

His desire to lead the nation into the 2030s comes despite his own MPs plotting to oust him after suffering two bruising by-election defeats in the wake partygate, Tory sleaze scandals and the cost of living crisis.

Speaking to reporters on the final day of the Commonwealth Heads of Government Meeting in Kigali, Rwanda, the PM said the government was ’embarked on a colossal project to unite and level up’.

And asked if he would lead the Conservatives into the next election, he said: ‘Will I win? Yes.

‘I am thinking actively about the third term and what could happen then. But I will review that when I get to it.’

No 10 later suggested the prime minister was joking.

But the comments infuriated Tory MPs who have questioned his bullish mood after a difficult few weeks.

Earlier this month, 41% Conservative MPs voted against Mr Johnson in a confidence vote. Rebels are said to be plotting to change the rules to hold another one after losing Tiverton and Honiton to the Lib Dems and Wakefield to the Labour on Friday.

The humiliating by-election defeats sparked the resignation of one cabinet minister, Conservative party co-chair Oliver Dowden, who declared that someone ‘must take responsibility’ and business ‘can’t go on as usual’.

But the PM shrugged off the criticism and said he won’t change his behaviour in a series of bizarre interviews on Saturday.

Mr Johnson said the idea that he would undergo a ‘psychological transformation’ was ‘not going to happen’.

He also indicated he thinks serious questions about his ethical conduct ‘doesn’t matter’.

He claimed the public were ‘heartily sick of hearing about me and the things I’m alleged to have done wrong’.

He later told Sky News that people wanted to hear less about the ‘things I stuffed up’ and said he believed questions over this leadership had been settled.

Speaking to The Observer, one former supporter of the prime minister, an ex-cabinet minister, described Mr Johnson’s remarks as ‘completely delusional’.

A senior MP from a ‘red wall’ seat also told the newspaper he was ‘showing increasing signs of a bunker mentality, and that never ends well’.

Tory rebels are said to be plotting another attempt to oust the prime minister by changing party rules so another vote of confidence can be held.

Under the current rules of the Tories’ 1922 Committee, a leader who wins a no-confidence vote, even narrowly, is immune from facing another one for 12 months, meaning Mr Johnson is likely to remain as Tory leader until at least June next year.

However, the committee’s 18 officers are able to change the rules and cut the immunity period to six months or less – a proposal that some members have touted.

According to the Telegraph, three MPs who want Mr Johnson gone are seeking election to the 18 most senior posts on the 1922 Committee.