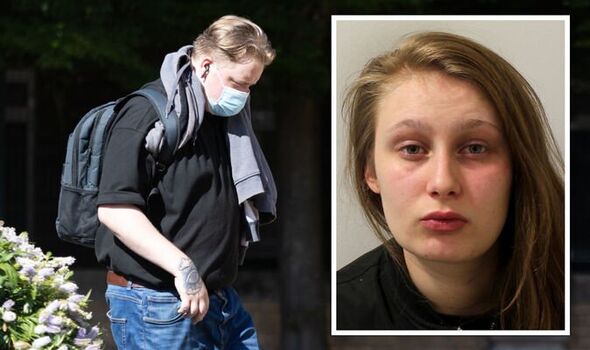 Lauren Saint George shook Lily-Mai to death in a fit of temper six days after social workers allowed her to take the baby home – despite warnings from medical staff.

Saint George, 25, was convicted of the infanticide of Lily-Mai, who died from a serious head injury. She also suffered 18 rib fractures, two leg fractures and bruising at her home in Haringey, north London.

Jurors at the Old Bailey heard the baby was taken to Great Ormond Street Hospital where she died on February 2, 2018 – three days after the attack.

Lily-Mai was born prematurely in November 2017 and spent the first two months of her life in Barnet Hospital.

Concerns were raised about Saint George’s mental health, her parenting abilities and her lack of commitment to her daughter. Professionals at the hospital believed Lily-Mai would be at risk of neglect if she went home.

But on January 22 it was decided Lily-Mai would be allowed home with close contact from social services. Sally O’Neill QC, prosecuting, said: “Lily-Mai’s death could almost definitely have been avoided if she had not been discharged into the care of two people who were woefully unsuited to caring for her.”

Yesterday, Saint George, of Enfield, north London, burst into tears after jurors cleared her of murder but found her guilty of infanticide by a majority of 10 to one.

Infanticide is an alternative charge to murder where a mother kills her child while her mind is disturbed by a failure to recover from the effects of childbirth.

Mr Justice Spencer told the weeping mother he would not send her to jail when he sentences her in September.

He said: “It is quite clear to me that you were depressed, still suffering from the effects of the birth of Lily-Mai at the time.

“The verdict of infanticide is one which traditionally has invoked sympathy rather than punishment.”

Previously, Mr Justice Spencer found Lily-Mai’s father Darren Hurrell, 25, of Derby, had no case to answer to charges of murder and manslaughter. He threw out a charge against both parents of causing or allowing the death of a child.

They were also cleared of cruelty.

Haringey Council said: “We are confident that we have now made improvements which could have better protected Lily-Mai.”