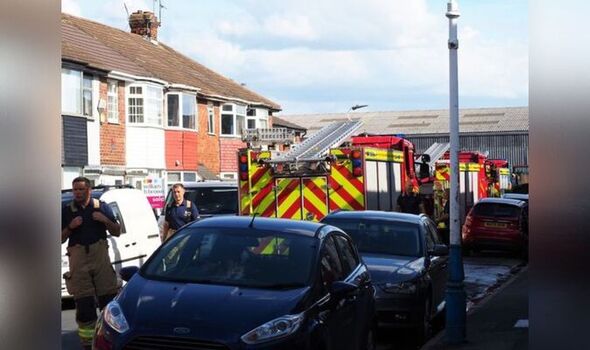 The disabled woman and her partner, who wish to remain anonymous, have been living in their friend’s garden for nine weeks. The woman believes the fire that destroyed her home was the result of arson, and since the fire she has been unable to find suitable accommodation.

The woman told Hull Live: “I was shocked to come home to the police trying to smash the door in to let the fire brigade in. I was heartbroken. I’d lived in that house for years. They found an aerosol can in the garden which was not left by us. I knew it had to be somebody else who did it.”

The couple, from from Gypsyville, Hull, have been living in a tent for the last nine weeks which has not been easy, especially due to the woman’s illnesses.

They have tried to get help from the council and other organisations but say they have struggled to find any suitable new accommodation.

She added: “I’ve tried housing associations. I’ve tried private rent but a lot of them won’t take unemployed tenants. I’ve been into the council but if you go to the Wilson Centre now nobody works in there. It’s all telephones and we’re just really struggling to find somewhere.”

The tent is large enough for them to fit in a bed and a TV but the woman says that she walked away from her house with “barely anything.”

Now that the weather is starting to get cold she is struggling and fears the weather deteriorating.

She said: “It is a big enough tent that I can get a bed in there so I’m not on the floor but the cold and the damp is setting in now so it’s making my disability and illnesses worse. I suffer from spondylosis, endometriosis and arthritis so all the damp and cold is making it worse.”

The woman said that she went to Hull City Council for help but all they could offer her was the William Booth House hostel in Hull.

However, she claims that they refused to accommodate both her and her partner in the hostel because he was not on the tenancy agreement on her house.

She said that the hostel would not be appropriate for her as she needs regular care and for her partner to help her with private things like getting dressed.

Also, as she has anxiety, she knew that living in a hostel on her own would set her anxiety off.

“I keep trying all these places but I’m really struggling. They kept offering us a hostel but they would only put me in it but I need my partner for certain needs”, she said.

She lived in her house in Gypsiville for 14 years with a previous partner and when he left she took over the tenancy and then met her current partner, who therefore is not on the tenancy agreement.

Her landlord’s insurance allowed for them to initially stay in a hotel for four weeks but she did not feel safe to go back to the house after it was redone as she believes the fire was started by someone intentionally.

She said: “The fire started in the garden and spread quite fast into the kitchen and bathroom and everything else was so badly damaged I was advised to leave certain things behind as it would cause chest problems on top of the problems I already have.”

Her partner’s brother put out a Facebook post appealing for help from the public with their situation and some people in the comments suggested they go to the council.

Her partner replied with the claim that the council said that there is a housing crisis at the moment with 11,000 people waiting for a home so his only option is for them to stay in a tent at the moment.